The Honda MGU-H has suffered a string of problems during the 2017 season.

The latest failure in Austria was an upgraded specification part that had been introduced at the preceding race in Azerbaijan as a countermeasure for a previous issue that centred around the bearing.

Following investigations at Honda's Japanese base at Sakura this week, it identified the problem and the fix required did not necessitate a penalty.

As a result, both Fernando Alonso and Stoffel Vandoorne are running the latest spec MGU-H at Silverstone.

"There is a mechanical failure with the bearing," Honda chief Yusuke Hasegawa told reporters on Saturday.

"So we introduced a new bearing and we have a countermeasure to try and avoid the bearing wearing." 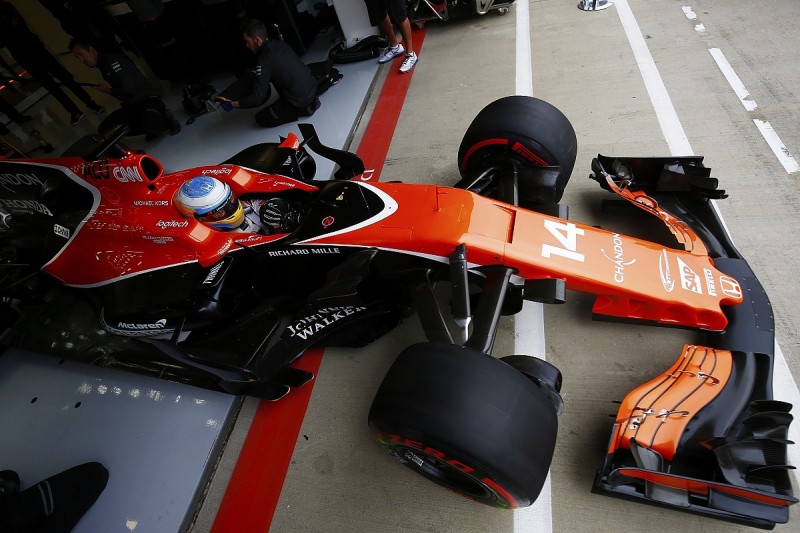 Alonso will start Sunday's race from the back of the grid after Honda chose to change several engine components, which led to a 30-place grid penalty.

Hasegawa said the reasoning behind Alonso fitting so many new components was in order to get fresh parts for the races ahead.

It is believed Honda is keen to avoid taking penalties at the next race in Hungary, where the track layout offers McLaren one of its best chances of points in 2017.

Vandoorne was the leading McLaren in British GP qualifying, ending up eighth and 2.818s off the pace, with Alonso achieving the 13th quickest time before his demotion.