But overnight on Friday, Honda discovered a problem with Alonso's MGU-H - an upgraded spec that was introduced a fortnight earlier in Baku as a countermeasure to a previous issue that centred around the bearing.

While the rest of the 'spec 3' engine was fine, Honda chose to revert Alonso to a 'spec 2' power unit for the remainder of the Red Bull Ring event as it saved time.

The old MGU-H that was fitted was used on Saturday and Sunday in Monaco and throughout the Canadian Grand Prix weekend.

Honda said it was possible it could run the 'spec 3' engine at Silverstone with an older MGU-H, and therefore avoid penalties.

It hopes to have a fix for the problem as soon as possible and could fit that to Alonso's engine, but that would hand the Spaniard a 10-place grid penalty as he will have further exceeded his allocation.

"The Friday MGU-H is the newest one so we are very disappointed we had a failure," Honda chief Yusuke Hasegawa told reporters.

"It was updated from the last race but it wasn't good enough so still we have to modify the specification." 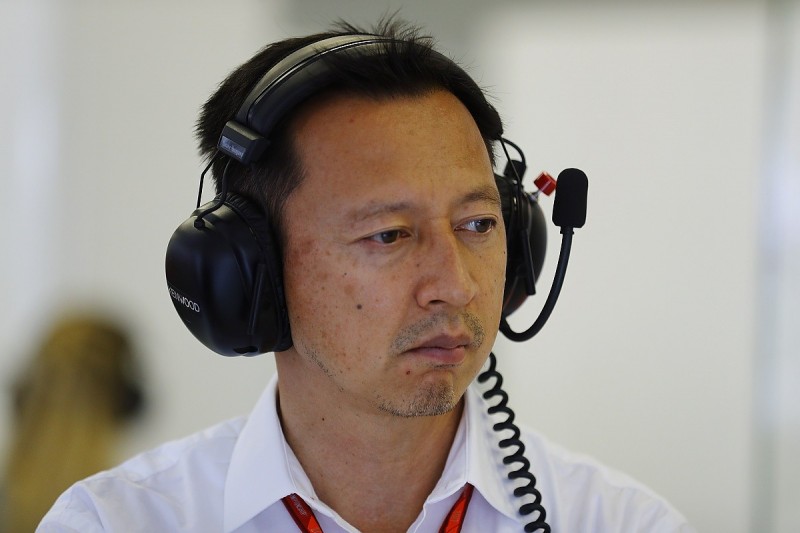 When asked if he expected Alonso to take penalties at Silverstone, Hasegawa said: "This is a point we have to consider, it is not decided yet."

Honda is expected to leave a final decision until the eve of the British Grand Prix weekend.

Speaking about the engine change, Alonso said: "I think soon we will have another penalty maybe at Silverstone or Hungary but we will see."

If Alonso were to take a 10-place penalty for the change, it would then make sense for Honda to fit a completely fresh 'spec 3' engine as Alonso will likely start from the back - making any additional penalties irrelevant.

Given McLaren-Honda is expected to struggle on Silverstone's high-speed layout, it could tactically take the penalties there rather than at the next race in Hungary, which offers a stronger chance of a good result.

Despite the engine woe, Alonso was upbeat after qualifying 12th in Austria, just 0.052 seconds off Force India's Esteban Ocon in 10th place in Q2.

"The performance was good," he said.

"The car was good all weekend and to be in this position is the maximum we could achieve so I'm happy.

"Definitely we are moving forward and we are touching Q3 in normal circumstances so that's a positive note, but we still need to improve the reliability.

"Hopefully we see more signs in the next few weeks." 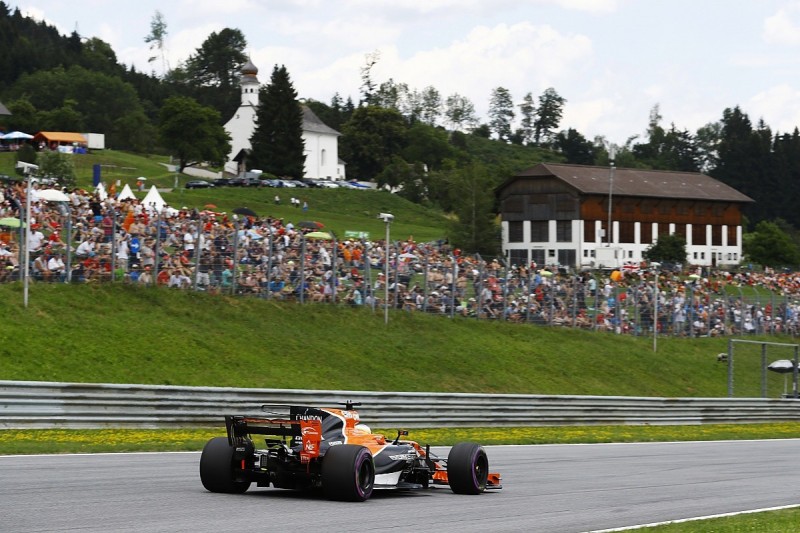