Honda's latest specification is being scrutinised by Red Bull, which is monitoring the level of progress the Japanese manufacturer has made relative to Renault as it considers its engine supply options for 2019.

Based on early impressions from Canadian Grand Prix practice, plus feedback from their engineers, Gasly and Hartley said Toro Rosso was pleased with the new power unit, even though the track characteristics made it hard to judge progress compared to previous races from the cockpit.

"It is difficult to really compare, because we came from Monaco with full downforce with short straights to Canada with low downforce," said Gasly, whose first practice session was interrupted by engine map issues. "So we didn't have clear comparison on the data.

"But the engineers say it is better, and it is faster. So that is the most important thing."

While the engine still needs fine-tuning, Hartley said its immediate driveability was a good sign.

"From what I understand, everyone was really happy with the first day of the engine without any issues," said the New Zealander. "[There were] no reliability issues. Driveability was great.

"There is still a bit of tuning and [we're] still trying to maximise everything out of it, it was very positive from all counts. 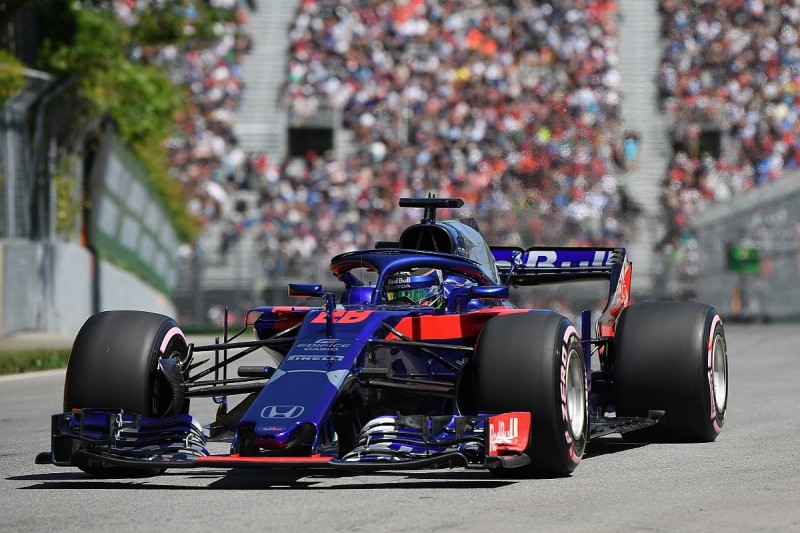 "Everyone is happy with how it went, but I would be lying if I told you I felt something drastically different from inside the car because there is so much more to it. But it is a very positive step."

Hartley is aware of how significant it is that Honda has gone well on the power-sensitive Montreal circuit.

"This is a big horsepower track with very long straight lines it is about deployment as well, so we have seen a good step," he said.

"Now we have to get everything together to get the most out of it - not only the engine but the car as well; tyres, aerodynamics, mechanical.

"So everyone is working hard on their own little areas. But I think it was a pretty positive day."