The Japanese manufacturer was the alliance's weak point on its return to F1 in 2015, but made good progress last year in terms of both power and reliability.

"[2015] was obviously terrible, but it was the first year to prepare everything," Hasegawa told Autosport.

"That was a stage we needed to overcome naturally and from that point of view, the progress is natural.

"But I did expect a little bit more. I hoped we would have done a bit better."

Hasegawa admitted he had underestimated some of McLaren's rivals, adding he did not expect that "Force India and Haas would make such good cars".

The Honda chief pointed to reliability as Honda's strength, and said that in turn allowed it to focus on finding performance.

In 2015 Fernando Alonso and Jenson Button used 23 power units across the season compared to just eight between Mercedes' Lewis Hamilton and Nico Rosberg. 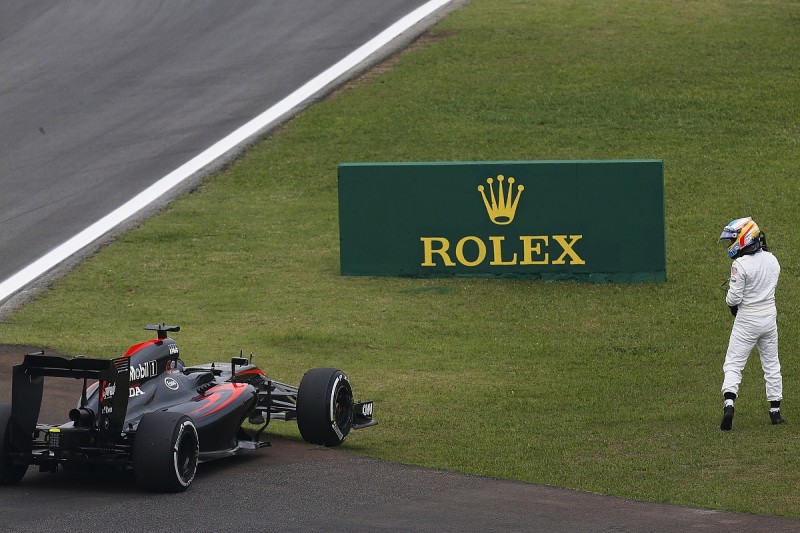 In total, the McLaren drivers required 109 components, which resulted in hefty penalties for exceeding their allocations, whereas Mercedes required just 48 for its two drivers.

Last season Alonso and Button have required 14 power units between them with their combined component use down to 83.

"The biggest improvement point has been reliability so we have been able to do very decent practice and running time at most grands prix," Hasegawa said.

"Still we have some issues, but mostly we have managed our weekend programme very well and this has allowed us to realise our performance."

Hasegawa said he had preferred to avoid any risks with reliability.

"I'm operating our PU inside of our reliability - I don't do anything that exceeds that," he added.