The Japanese manufacturer has been the fourth-best in F1 since returning to the grid in 2015, enticed by the current V6 turbo-hybrid regulations.

Honda struggled to make progress with McLaren but last year made a strong step forward with Toro Rosso, to the point where it convinced Red Bull to switch to its engines for 2019 and was declared to have surpassed Renault's performance level.

Asked where Honda would be able to start 2019, given its development in 2018, the company's motorsport boss Masashi Yamamoto told Autosport: "We will make a big effort during the winter, and [up until] now of course.

"At least we would like to start from third within the manufacturers, then try to catch the frontrunners up during the season."

Honda remains optimistic it will make further performance gains in time for the start of the 2019 campaign, although it is still trying to improve its reliability.

Neither Honda nor Red Bull, which has publicly stated it expects to take tactical engine changes and grid penalties at some point in 2019, expect flawless reliability this year.

Instead, Honda is focused on closing the gap to Mercedes and Ferrari at a greater pace after taking longer than it wanted to make progress. 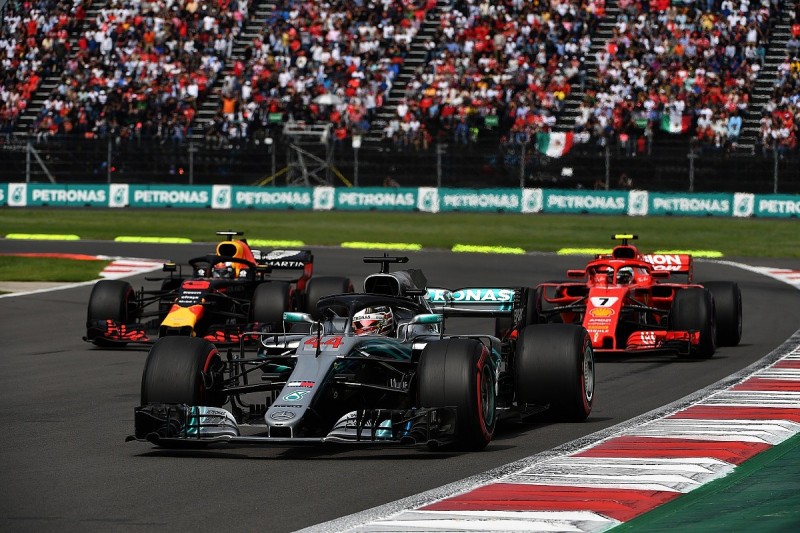 "We are not really keen to say a specific time, but Mercedes and Ferrari have loads of knowledge of the grey areas [of the rules], so they are still ahead of us," said Yamamoto.

"But after four years of our development and trying, we think we are now finding the right direction and where to go - much clearer than last year, or two years ago.

"So we think we can speed up our development."

Honda introduced two engine upgrades in 2018, both of which resulted in better performance, but the second initially came at a cost of durability as it battled gearbox oscillations.

Pierre Gasly then suffered an oil leak in the season finale in Abu Dhabi.

The evolution of this engine design, which Honda intends to start the 2019 campaign with, should not come with a repeat of those problems.

Honda is preparing to start the third year with the same broad engine concept for the first time in this engine era, having ended 2018 with untapped potential.

"That's not [always] a good thing, but it's a little bit harder to understand everything on the dyno.

"That's why we're here, the engineers. We're part of the development. "We feed back many things between Sakura and here.

"The latest spec, we have a lot of things to communicate between the development."