IndyCar's Colton Herta says he feels he is quick enough for Formula 1 after completing a two-day test with McLaren at Portimao.

Herta, who has racked up seven wins and eight pole positions since joining the IndyCar Series full-time in 2019, tested last year’s McLaren MCL35M under the TPC [testing previous car] rules, running 162 laps of the 2.891-mile Autodromo Internacional do Algarve across two days.

Although running the car on a track at which McLaren had data, thanks to the track hosting the 2020 and ’21 Portuguese Grands Prix, Herta said comparisons with the lap times of the team’s F1 regulars Lando Norris and Daniel Ricciardo last year would be difficult.

“This is a track that is so hard to understand that aspect because of the winds and so many different factors,” he said. “It’s a little bit cooler today than it would have been on the race weekend.

“I was happy with the lap time but we’re on a little bit of a different tyre than we’d have had on a race weekend. And if you look back to the quotes from a lot of guys from a year ago, they would talk about how windy it gets here and how much that can change the car here from corner to corner.

“So as far as lap times, it’s kind of hard to say. I think the engineers will know from looking at the data whether you’re fast or not.”

However, when asked if he was confident he’d be competitive in F1, Herta replied: “Yes. You can’t say no to that question otherwise you wouldn’t be a professional driver. So yeah, I do think I’m fast enough.

He added that he would be interested in taking part in FP1 sessions later in the year, while admitting they would be less helpful in terms of available track time.

“[Friday practice] is certainly something I’d be open to,” said the 22-year-old from Valencia, California. “As far as TPC test days, you can’t get better than that because you get the whole track to yourself, you get all this time inside the car that obviously in FP1 in 60 minutes you wouldn’t get. 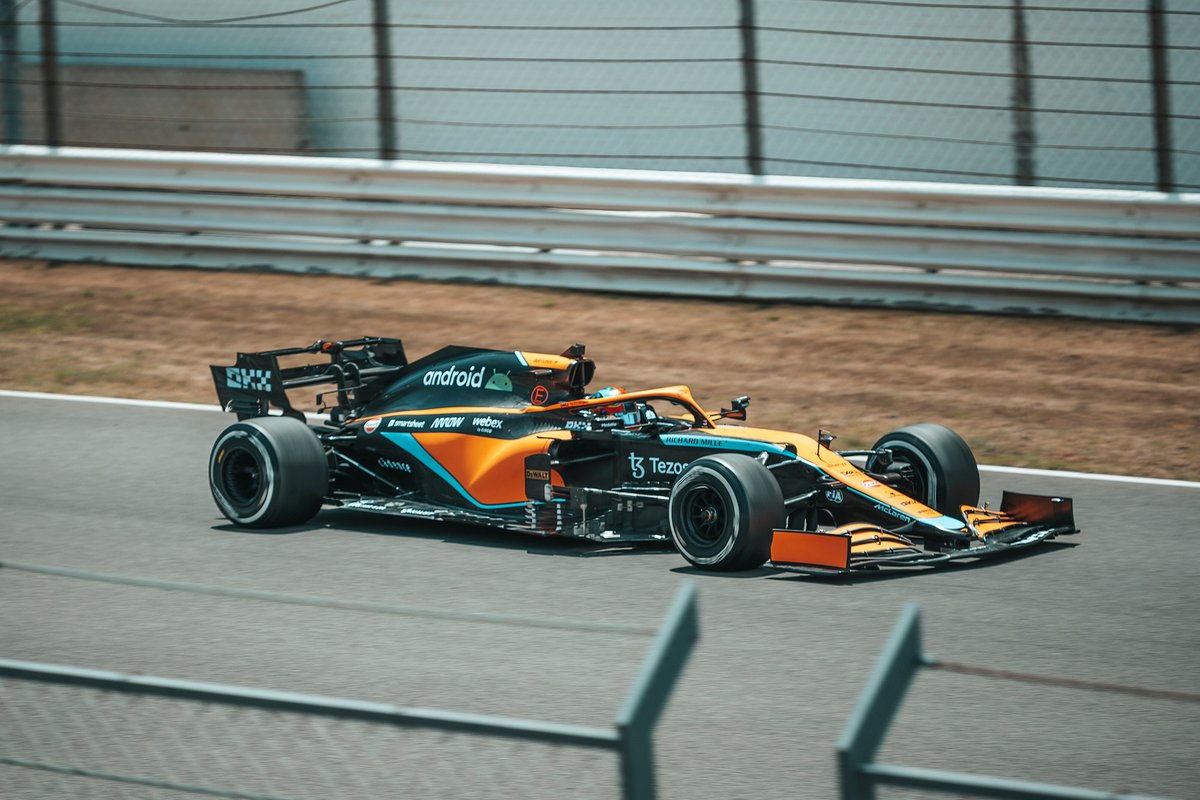 “I think the first thing was, when I got off the pitlane speed-limiter, all the torque is pretty incredible,” he said. “Even when you’re at such low rpm, it still pulls. That was the biggest thing for me – the straightline speed, the acceleration, and the braking.

“Obviously the cornering speeds were higher than what you’d get in IndyCar, but it didn’t stick out to me as much as how impressive the acceleration was and how easy it is to have all this horsepower as soon as you put the throttle down.

Regarding cornering response, Herta admitted, “It is a completely different feel. The feeling you get from an IndyCar is very different because the lack of power steering, so the overall kickback in the wheel doesn’t really transcribe to what you get in a grand prix car.

Herta said a switch to F1 “is a goal of mine, it has been for a while” and that the timing needs to be in two or three years, rather than 10.

“For sure, I think if I were to wait that long, it wouldn’t happen,” he said. “I think in this day and age, Formula 1 is definitely a young man’s game for getting into it.

"Luckily I have a little bit of time if the opportunity arises, but I’m not really too worried about that at the moment. I’ll just try to go as fast as I can and hopefully open some doors at some point.”

Asked if Herta was a serious contender for a McLaren F1 seat in 2024, McLaren principal Andreas Seidl responded: “The objective for this test today was, as Colton mentioned, to give Colton the chance to experience an F1 car for the first time and explore its performance.

"That was the focus and what comes next is something we take it step by step, we take our time as well. That's where we are.

“I have to say, the team was quite impressed how Colton was dealing with all these challenges and with his professional approach.

"And what was great to see as well, his physical preparation was enabling him to really keep going throughout the two days, knowing how challenging this can be in the Formula 1 car on a track like Portimao."