Mercedes saw its form take a dip at the start of the 2022 season as it struggled to get to grip with the new technical regulations, encountering severe bouncing with its W13 car.

The issue left Hamilton far from his usual competitive territory, dropping out in Q1 in Saudi Arabia and failing to score points at Imola. While Mercedes has recovered some of its performance, Hamilton is yet to win this season, the 13-race run being the longest he has gone into a campaign without a victory.

But Mercedes F1 boss Wolff dismissed any suggestion Hamilton’s commitment could have wavered or that he explored other driver options in the case the seven-time world champion decided to call it quits.

“I've not been in touch with any other driver,” Wolff told Autosport in an interview ahead of the summer break.

“Lewis and I, even if the season would have gone wrong, we would have at least under the principle of hope, stayed together next year.

“I haven't been in touch actively or reactively [with anyone] about a drive with us going forward.” 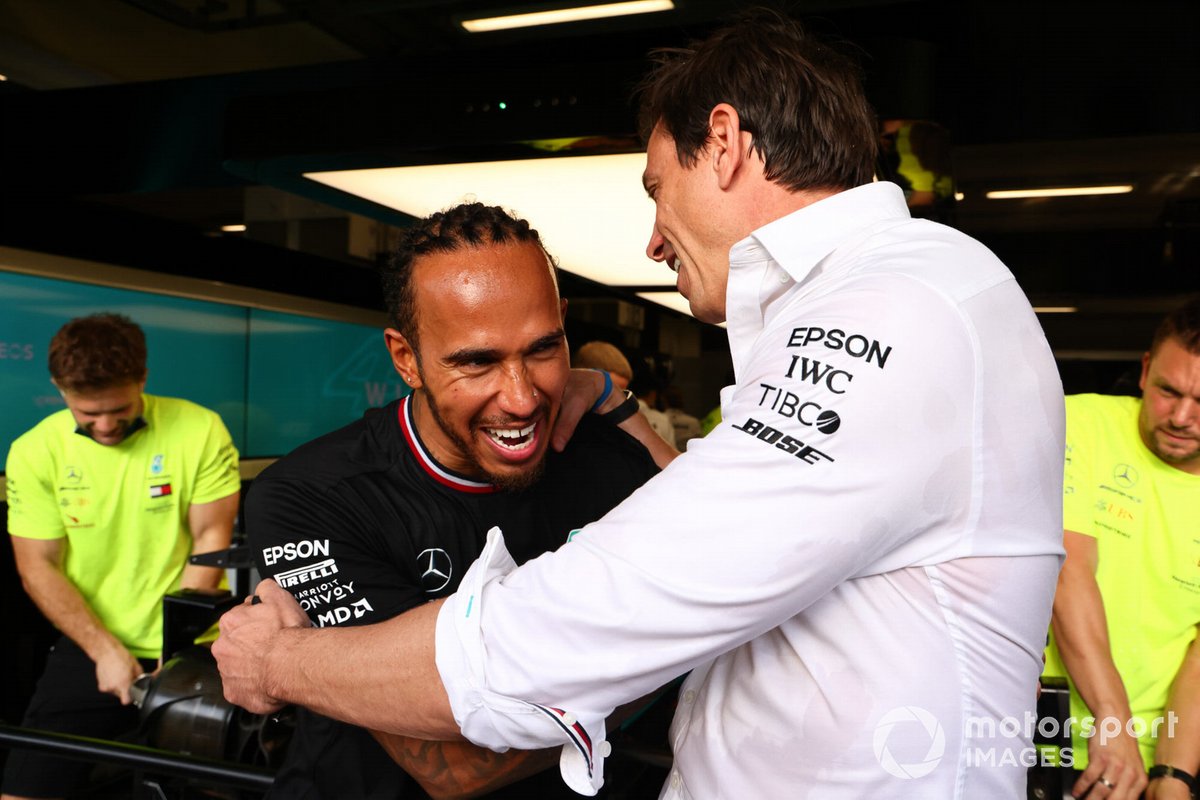 Hamilton agreed a new two-year deal with Mercedes in 2021, tying him to the team until the end of next season alongside young team-mate George Russell.

Hamilton has spoken regularly about the efforts being made at Brackley to dig deep and get Mercedes back in the fight, saying the difficulties have been a “valuable lesson” for the team.

Wolff said that Hamilton went through a period of “acceptance of this as the new reality” in the early part of the year when the severity of Mercedes’ struggles became clear.

“That's certainly not a joyful experience, but after the first few races, he was very special,” Wolff said.

“He got settled in a situation that was all about how can we move this car back to the front.

“And even when I was not at my best, he was the most positive person in the room, building everyone up even if driving this car is a handful.”

Hamilton was tasked with running experimental set-ups on his car during a number of practice sessions in the early part of the season in a bid to try and understand the problems with the W13.

Wolff felt it was “important to push for these extreme solutions” to try and remedy the struggles as both Hamilton and Mercedes found themselves in a new position trailing their rivals.

“In December, we raced for a world championship, and four months later, we have a car that is not championship material,” Wolff said.

“So everyone - drivers, engineers, management - need to just find the ground and say, OK, this is the reality now, what are we doing about it?

“You can't just flip the switch and say, OK, no problem, we're going to work ourselves out of it.”