Lewis Hamilton would like to see Formula 1 give fans a “free race” at Spa to make up for last Sunday’s washout at the Belgian Grand Prix.

Fans at Spa were left disappointed after heavy rain limited the race to just two full laps behind the safety car before the result was called and a classification was issued.

It marked the shortest race in F1 history to have a result, beating the previous record held by the 1991 Australian Grand Prix that lasted only 14 laps.

By meeting the minimum requirement for a classification, half points could be awarded, with Hamilton seeing his lead at the top of the drivers’ championship over Max Verstappen fall to just three points.

Seven-time F1 world champion Hamilton was outspoken after the race, calling it a “farce” and saying that the decision to run the two laps behind the safety car was purely for commercial reasons.

He called on F1 bosses to issue a refund to the fans who attended the race on Sunday, believing they had been “robbed of a race”.

While a rescheduling of the race at Spa seems to be out of the question for this year, Hamilton said that a free race for the fans would be something he would support.

“I love it here so if there is a way we could find a window where it wasn’t raining and we give the fans a free race, that would be great.” 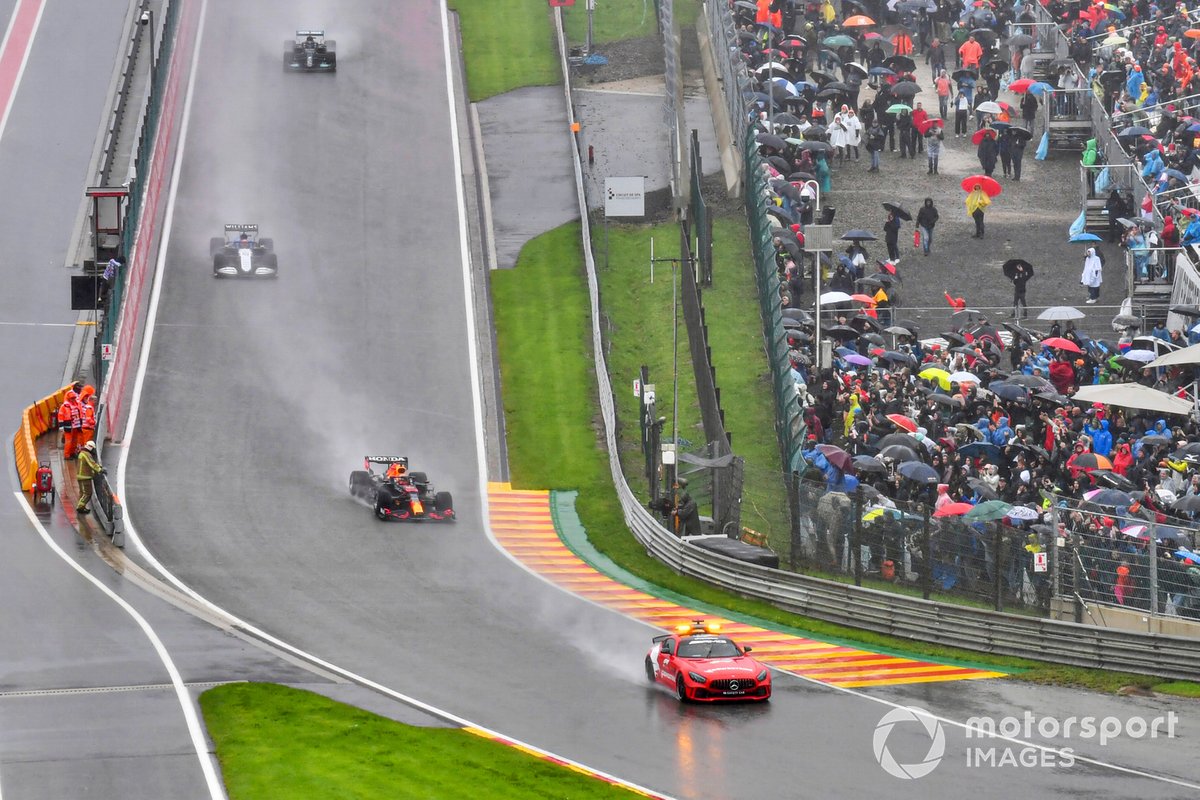 Hamilton’s idea was supported by Williams driver George Russell, who scored his maiden F1 podium at Spa after his charge to second place in qualifying.

“If we did have to have a replacement race [this year], I would have nothing against coming back here,” Russell said.

“Obviously [it is] one of the best races and circuits in the world, and obviously so many fans who probably love Formula 1 who live locally or in Belgium didn’t have the opportunity to see what they came here for.

“So maybe that could be another way to repay them for the loss today.”

Unlike series such as IndyCar and NASCAR, F1 was unable to shift the grand prix by one day until Monday due to the sheer scale of running the event and number of people involved.

FIA president Jean Todt revealed on Wednesday that F1’s leaders will meet with teams at the start of next month to discuss a possible change to the regulations to prevent a repeat of Sunday’s events.