Lewis Hamilton has sent out a rallying cry to Mercedes and says "when they build the car I will take it to the top" after defeat to Max Verstappen in the US Grand Prix.

After Verstappen suffered a slow pitstop, it allowed Hamilton to fight his way into the lead of the Austin race, but he couldn't fend off the Red Bull driver, who pulled off a late overtake to charge to victory.

Hamilton, who credited Mercedes' upgrades package delivered this weekend as a key performance gain, acknowledged his disappointment at missing out on a first win of the season but felt it was a clear sign of progress for his team to gain motivation from ahead of its 2023 preparations.

"What I'll take from today is that we had good pace, I am still here, and I know that when they build the car, I will take it to the top. We've just to keep on working," Hamilton told Sky Sports.

"I would like to start to say a big thank you to my team, everyone back at the factory is working so hard and it has been such a trying year for everyone.

"We came here with upgrades, they worked so hard to bring those upgrades in and it really had an effect so we were closer today. I am really proud of everybody. Sorry, I couldn't get the win, I gave it absolutely everything."

Hamilton felt it was always going to be difficult to defend against Verstappen due to the Red Bull's superior straightline speed, but still sees his second place and teammate George Russell's fifth place as good points to hunt down Ferrari for second in the F1 world constructors' championship. 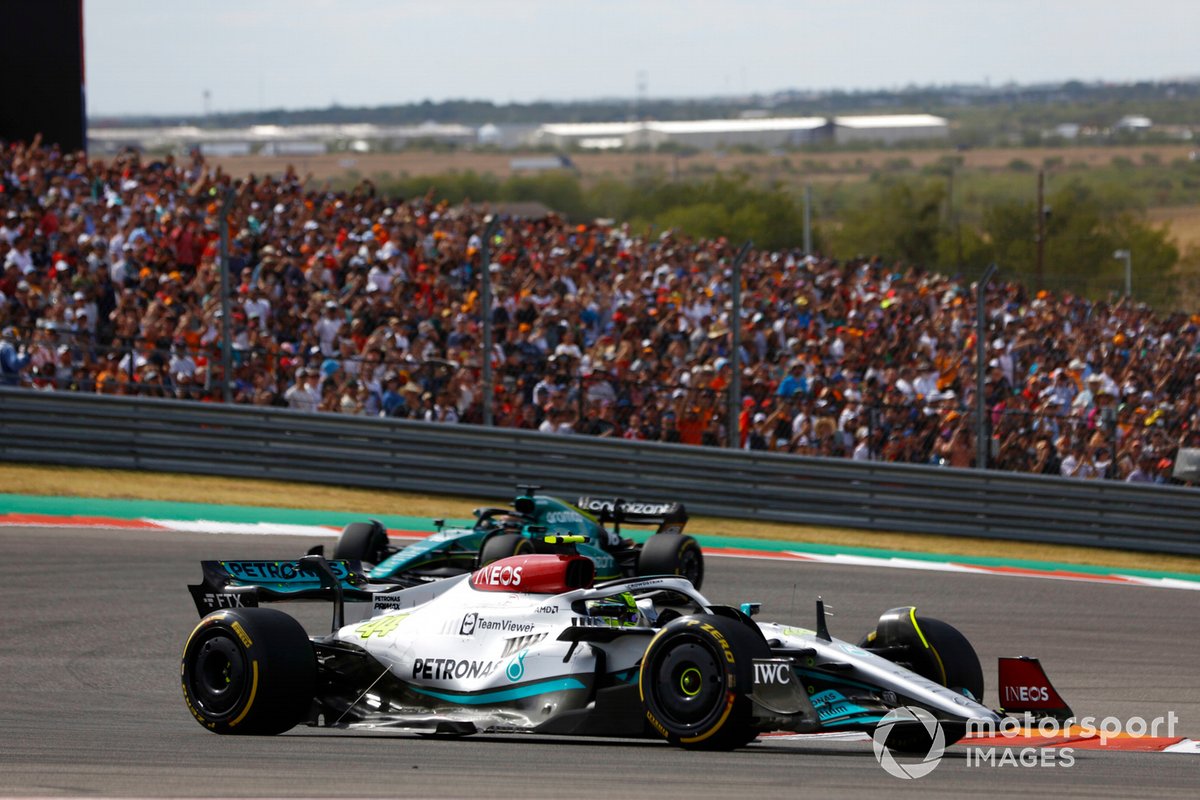 "We were in the lead and I could see he [Verstappen] was closing a second per lap and I couldn't really answer it," Hamilton added.

"He came from so far back on the straight, I think they are a lot, like 10kph faster than us on the straights, and at the end of the straight our mirrors are vibrating so much that I couldn't see where he was so it was difficult to defend.

"So to get a win would have been a huge triumph for us all and hugely rewarding."