Lewis Hamilton believes Sebastian Vettel joining Aston Martin for the 2021 Formula 1 season is the "ideal direction" for his rival, who he feels can push the team's performance forwards

Vettel's deal to join the soon-to-be rebranded Racing Point squad for next season was announced ahead of the Tuscan Grand Prix weekend getting underway on Thursday.

The development means Sergio Perez will leave the team where he has raced since 2014 - when it operated in its former iteration as Force India - with his continued participation in F1 now uncertain beyond the end of current campaign.

When asked about the news during the Mercedes pre-event press conference at Mugello, Hamilton said: "Honestly, I thought that's the ideal direction that he was going to go. So I thought it would happen.

"I was really pleased to hear it because that team has new ownership, has already taken a huge step forwards in its performance, and it can continue to grow.

"But I personally, and maybe I'm biased, but I believe that experience counts for a huge amount.

"He's obviously had a difficult time at Ferrari, but he is a four-time world champion and could help steer that team even further in a good-er direction, in terms of car development.

"I think you should never take that for granted. It's a great move from the team."

Hamilton also offered his thoughts on Perez losing his drive with the Racing Point team, which was expected to continue for two further years after 2020.

He said: "Of course, sorry for Sergio - he's a great driver and I'm sure, hopefully, he will have other options." 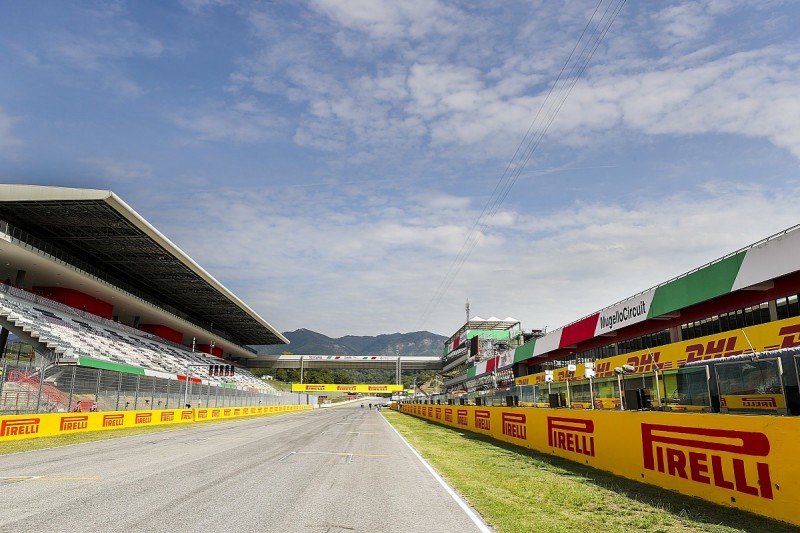 The Mugello track is set to host its first F1 race this weekend after gaining a place on the 2020 calendar as the championship searched for a way to hold a season despite the disruption caused by the coronavirus pandemic.

Hamilton joked that while he had never been to Tuscany before, he had "always wanted to come on a wine tasting experience but I never got to do it" before explaining what his first impressions were of the track.

"It was really cool arriving today," he said. "I've only done some running on the simulator so I've never been at the track but when I arrived today it felt like I was back in the karting days when I used to come to Italy and arrive at a new circuit and learn a new circuit.

"The way things are built here, I think it is a beautiful place."