Lewis Hamilton hopes Formula 1 can “be more impactful” in its diversity push after ending its pre-race ceremony where drivers would take a knee for 2022.

F1 announced earlier this month that it would be moving away from its scheduled pre-race ceremony that allowed drivers to make any gesture they wished to address important causes such as LGBTQ+ rights and racial injustice, with most of the field taking a knee.

The pre-race moment was introduced for the 2020 season amid activism around the world.

F1 boss Stefano Domenicali said the series was changing its focus “from gesture to action” in a bid to improve diversity and inclusion, having extended its funding of an engineering scholarship programme until the end of 2025.

Four-time F1 world champion Sebastian Vettel said he was “surprised” F1 had scrapped the pre-race ceremony, while McLaren’s Lando Norris felt confident drivers would still be able to make gestures or statements in other ways to maintain the important messaging.

When announcing the change to the pre-race schedule, F1 officials said they had briefed Hamilton, who has been vocal about the need for motorsport to increase diversity and is helping further change via The Hamilton Commission and his Mission 44 charity.

Speaking on Wednesday in Barcelona, Hamilton said that Domenicali’s comment about shifting from gesture to action “made sense” and that he was hopeful of seeing positive changes in the near future.

“It’s about traction now, so that’s something that I look forward to seeing over a period of time,” said Hamilton.

“I had a great call last year with all the teams about getting included in this charter, so that every team is trying to push for diversity. 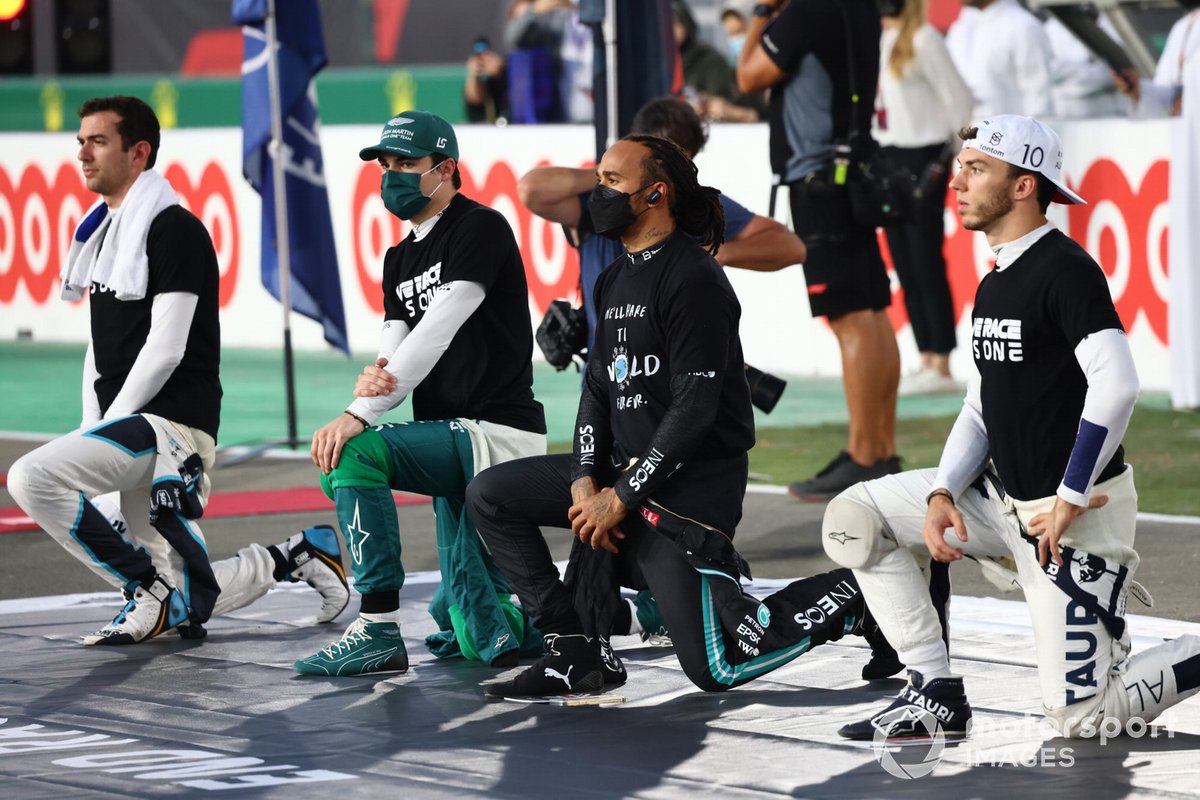 “I guess just really rather than just talking about these things and making these gestures, actually [it’s about] really pushing.

“I don't know whether we need that one moment. We should be able to do it at any stage really. But I did feel that the overall slogan last year with all the different things compiled into one, I think we can do more and be more impactful somehow.

“But I don't know what that is just yet.”

Hamilton’s Mercedes team raced in an all-black livery through 2020 and 2021 as a strong anti-racism message, but has returned to its traditional silver design for this season. The team has maintained black as one of its main colours moving forward.

Mercedes launched its Accelerate 25 scheme with Hamilton to improve diversity and inclusion at the team, which has made “promising progress” since being launched in December 2020 and exceeded its original targets.