Lewis Hamilton thinks he could be suffering the after-effects of contracting coronavirus last year, after being attended to by a team doctor following Formula 1’s Hungarian Grand Prix.

The world champion was extremely fatigued and felt some mild dizziness after battling hard to grab a podium finish at the Hungaroring.

After feeling uncomfortable on the podium, he delayed his post-race media commitments so he could be looked at by the Mercedes team doctor. Feeling better later on, Hamilton duly appeared at the mandatory FIA press conference and also completed his regular television interviews.

But speaking about the situation, Hamilton said the efforts in Hungary had knocked the wind out of his sails.

“I’m just so exhausted afterwards. It was one of the weirdest experiences I’ve had on the podium,” said Hamilton, who missed last year's Sakhir Grand Prix in December due to COVID-19.

“I had real dizziness and everything got a bit blurry on the podium. I’ve been fighting all year, really, with the health, you know staying healthy after what happened at the end of last year and it’s still… it’s a battle.”

Hamilton revealed that the Hungary issue was not the first time that he has felt more fatigue than normal this year, as he suspects that long COVID – where virus victims suffer tiredness for months after catching coronavirus – could be at play.

“I haven’t spoken to anyone particularly about it but I think it is lingering,” he said. “I remember the effects of when I had it, and training’s been different since then. The levels of fatigue that you get is different and it’s a real challenge.

“I will just continue to try and train and prepare the best way I can. Maybe it’s hydration, I don’t know, but I’ve definitely not had that experience. I had that something similar in Silverstone but this is way worse.” 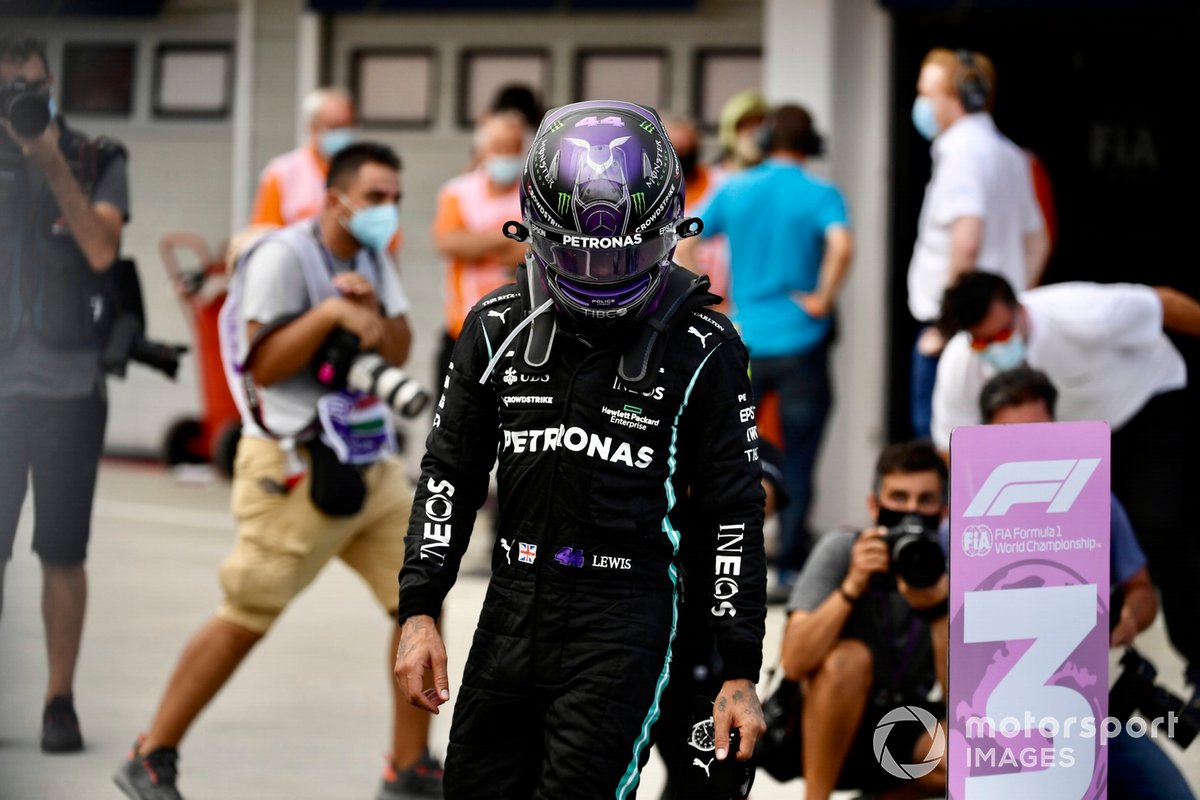 Race winner Esteban Ocon said he was not surprised that Hamilton felt so tired, with the Frenchman reckoning the heat and track layout made racing on Sunday a real challenge.

“It was really a hard race,” said the Alpine driver. “In general, on this track, with the heat, the humidity, the corners and you get the combination.

“You don’t have a breather here, so you need to really fight the car until the end. I feel flat, I feel completely dead as well. It’s not that Lewis has a certain issue or not, but I tell you, I will have a good sleep tonight as well.”