Lewis Hamilton says he found it "surprising" that Max Verstappen walked away from their crash in Formula 1's Italian Grand Prix without checking that he was uninjured.

The world champion came together with Verstappen on lap 26 at Monza, as they ran side-by-side in their battle for a net third position at the first chicane.

Verstappen had been trying to go around the outside of Hamilton, when he bounced over a kerb and was launched in to the air and over the top of his Mercedes rival.

Hamilton was struck on the head by Verstappen's right rear wheel, and has been left with neck pains that he thinks will need attention from a specialist.

Mercedes boss Toto Wolff said that the halo had "definitely saved Lewis’s life" and labelled the clash a "tactical foul" on behalf of Verstappen.

The Dutchman will take a three-place grid penalty for the Russian GP after the stewards decided that he was "predominantly" to blame for the clash.

Reflecting on the circumstances surrounding the accident and its aftermath, Hamilton explained that he already had started feeling some pain when he spotted Verstappen walking away without checking on him.

"I definitely didn't think Max would lose control over the kerb and run into me," said Hamilton.

"Looking back at the footage, it obviously happened very quick. Being in the car, all I could think of was getting going and how many positions I was losing.

"I'm still just in race mode, so it's just like 'How can I get going again?' I'm sitting there in a little bit of pain, but just like 'Come on, let's go'. But unfortunately the car wouldn't move. 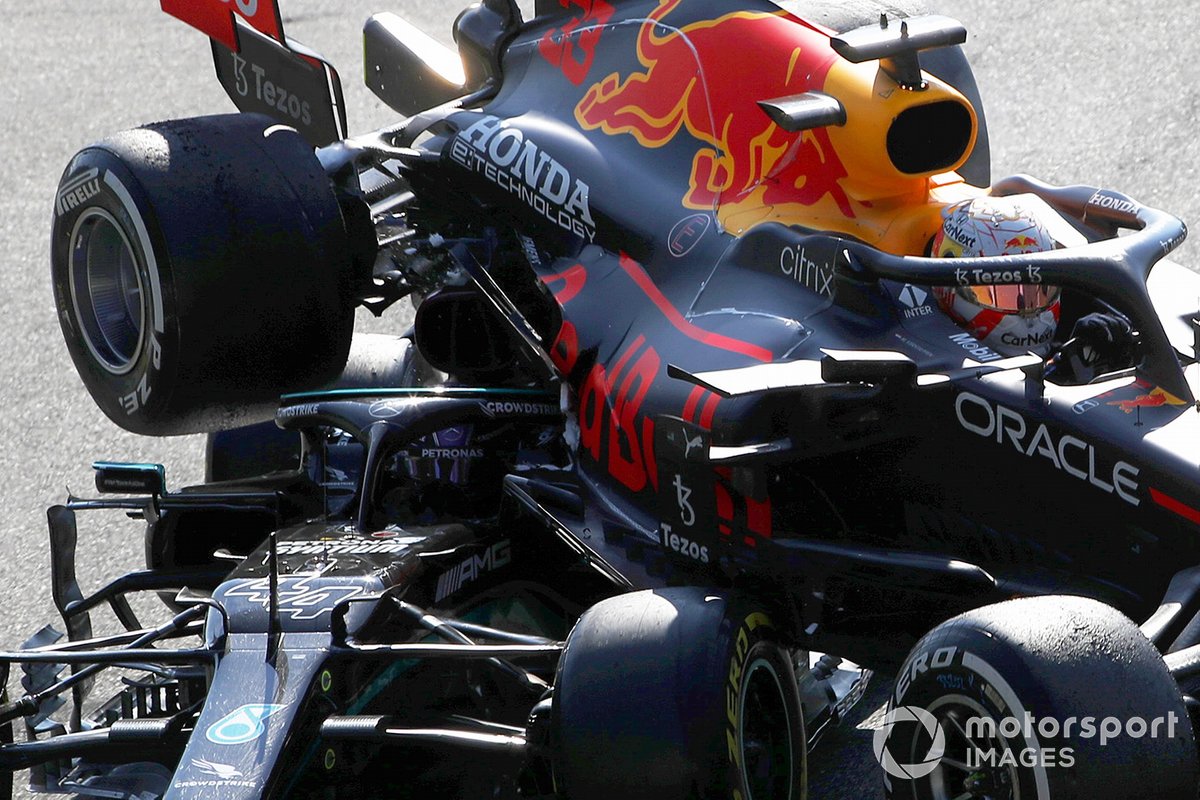 "I did see Max get out and just walk by. I found that a little bit surprising, because ultimately I think when we go out, and when we do have incidents, the first thing we want is make sure if the guy that we crashed into or we collided with is okay.

"But the good thing is I was able to get out. It was a long walk back, but we live to fight another day."

Hamilton said that while his neck did not feel too bad immediately after the crash, it had begun getting stiffer later on.

"I'm in a little bit of pain, to honest," he said. "It's actually I think an adrenaline rush at the time and it's feeling like it's going to get a bit worse as the adrenaline rushes off.

"But I'll work with [physio] Ange [Cullen] to fix it. I think honestly, I feel very, very fortunate today.

"Thank God for the halo that ultimately I think saved me and saved my neck. I think in the actual moment, it was a big hit. But all I could think of is could I get going again."