Lewis Hamilton welcomed Ferrari’s surprise surge to the head of the field during Formula 1 practice for the Monaco Grand Prix on Thursday, saying its pace was “really strong”.

After Carlos Sainz Jr finished second in FP1, Ferrari continued its impressive early form in Monaco in the afternoon session as Charles Leclerc headed up a 1-2 finish for the team.

Leclerc set a fastest lap time of 1m11.684s to pip Sainz to top spot by one-tenth of a second, leaving Mercedes rival and championship leader Hamilton in third, three-tenths of a second off the pace.

The result came as a surprise after Mercedes and Red Bull dominated the early part of the season, appearing to be out of reach of the midfield runners.

Hamilton was upbeat following Thursday’s practice running in Monaco as F1 returned to the principality for the first time in two years, but made note of Ferrari’s impressive performance.

“Generally it just feels really cool to be back on-track,” Hamilton said.

“It’s rapid, this track, it’s absolutely mesmerising, every time you get the opportunity to drive. So yeah, I’ve generally enjoyed today. It’s a challenge, naturally.

“I think the Ferraris are really strong, surprising to see them improve so much, but that’s great. It means more competition.”

Asked if he believed Ferrari’s pace was genuine, Hamilton replied: “I’m seeing what you’re seeing. I’m generally just focused on my job. It looks like it. We’ll see.” 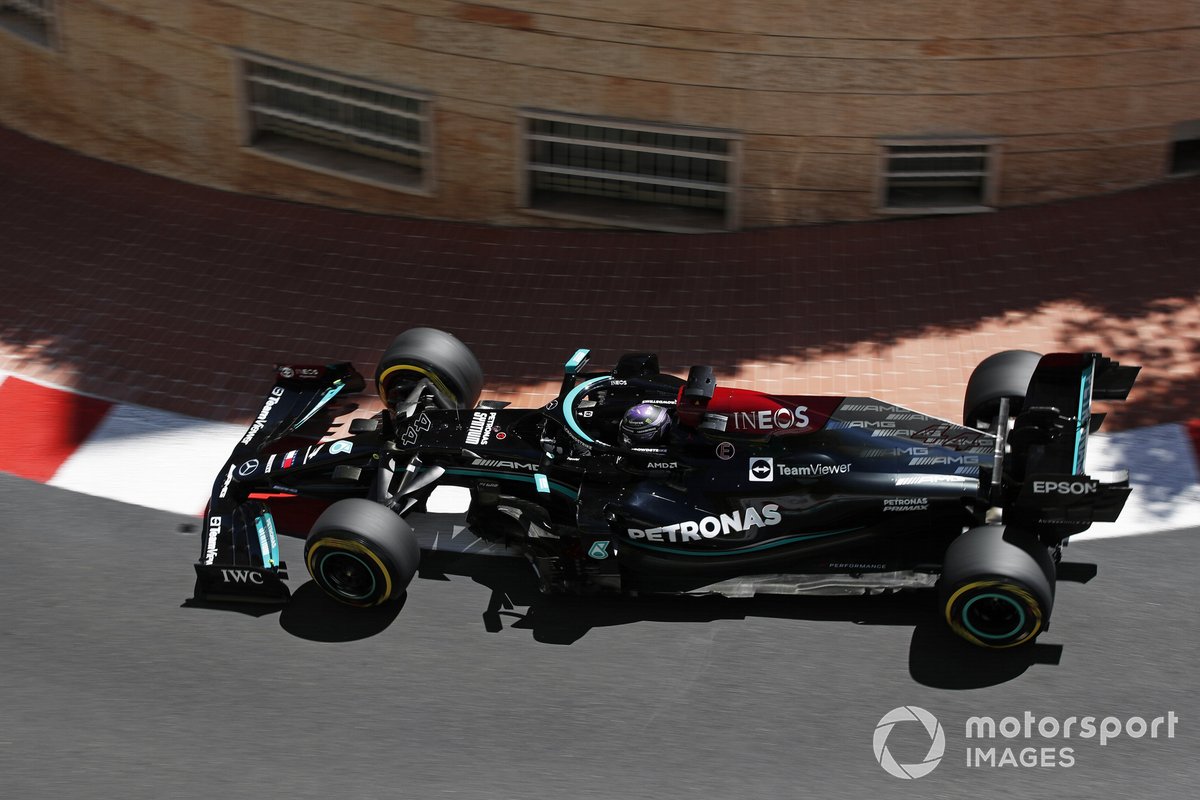 The result marked Ferrari’s first 1-2 in any F1 session since the 2019 Brazilian Grand Prix, when Sebastian Vettel led Leclerc in second practice at Interlagos.

Ferrari slumped to its worst championship finish in 40 years last season after experiencing a severe drop in form, ending its long-running tussle with Mercedes that could be rekindled this weekend.

Hamilton is chasing a fourth Monaco GP victory this weekend as he looks to extend his 14-point lead over Red Bull’s Max Verstappen in the drivers’ championship. Verstappen ended FP2 fourth-fastest, just seven-thousandths of a second behind Hamilton.

Hamilton was pleased with how his Mercedes W12 car was performing through practice on Thursday, but felt there was still work to be done.

“I think the car is good, we’ve made some decent steps with the balance of the car,” Hamilton said.

“It’s going to be close [in qualifying].”

Team-mate Valtteri Bottas ended the day fifth in the sister Mercedes car, but felt he was struggling on turn-in around the slower-speed corners.

“I’m lacking quite a bit of front end in the car on this track,” Bottas said.

“We’ve had similar issues a little bit in some tracks in the mid-corner, but it’s mainly slow-speed corners, and if you don’t have the feel of the front, if it’s going to turn in or not, you can lose easily quite a bit of time.

“Also it feels like our car feels quite stiff, all the bumps and cambers in the corners, it’s quite upsetting, so something to have a look at.”