Shortly after the finish of final free practice at the Marina Bay circuit, the race stewards announced that Hamilton was being investigated for an alleged infringement of the FIA’s International Sporting Code.

Hamilton was called up under Appendix L, Chapter III of the ISC, which covers a range of drivers’ equipment including helmets, flame-resistant clothes, head restraints and safety belts.

However, the clause also covers the ‘wearing of jewellery’, which has been a hot topic all year.

The rules state: “The wearing of jewellery in the form of body piercing or metal neck chains is prohibited during the competition and may therefore be checked before the start.”

It is likely that the issue with Hamilton relates to a nose stud he is wearing, which had previously been the focus of much debate when the FIA announced that it would be rigorously enforcing the jewellery rules this season.

Hamilton had previously removed the stud at races when the FIA ban came in to play, but is understood to have kept it in place in Singapore on Saturday. 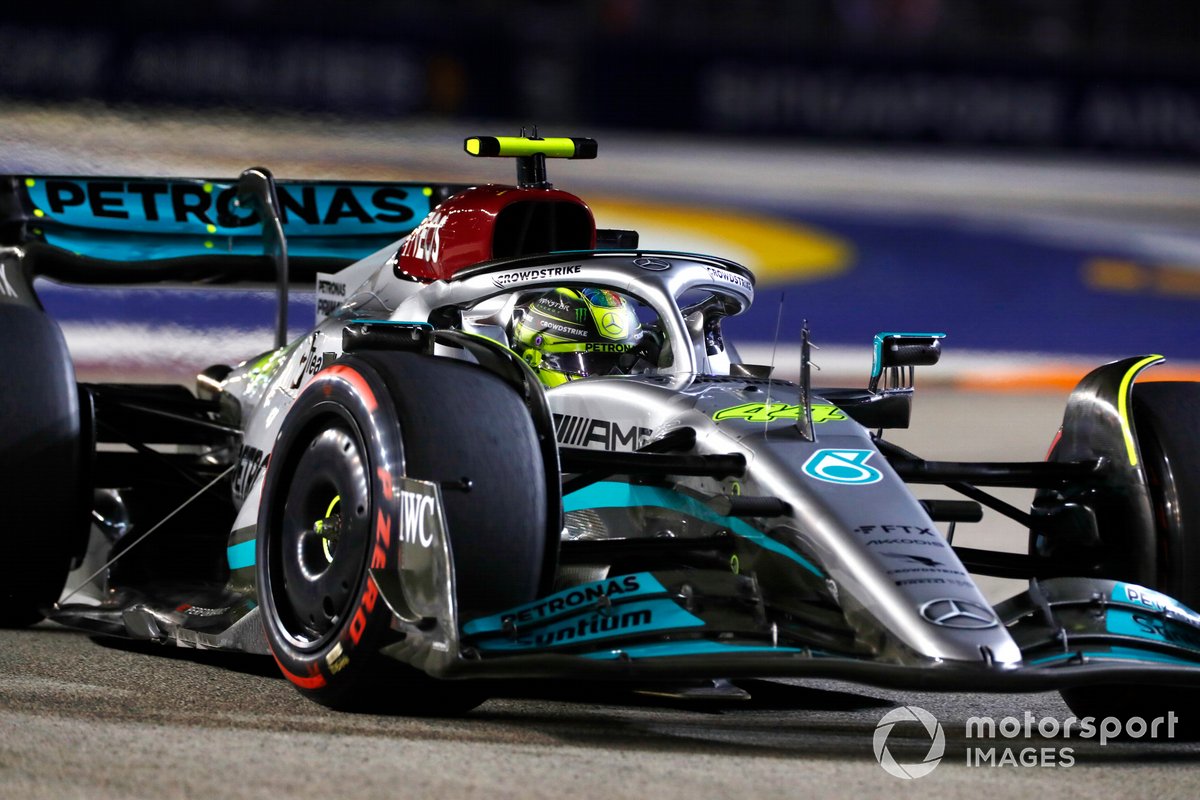 Speaking at the Monaco Grand Prix back in May, Hamilton said that the issue of jewellery had been blown out of proportion.

"Honestly, I feel like there's just way too much time and energy being given to this,” he said.

"I've said everything I feel I need to say on it in the last races and that's not what my focus is this weekend [in Monaco].

"[I've been] taking out my studs for every time I've been in the car, and I will continue to do so. The nose ring is not a problem, at the moment."

Drivers had been warned that any breach of the jewellery rules could land them with a fine, as the FIA planned to impose a sliding scale of punishments.

It was suggested that a first offence risked a $52,000 fine, while a persistent repeat offender could face up to a $265,000 penalty and the potential loss of championship points if a driver was caught out for a third time.