Lewis Hamilton blamed his Q1 exit at Formula 1's Saudi Grand Prix on a wrong set-up choice, which left him with an undriveable Mercedes car.

The seven-time world champion has faced a challenging weekend as Mercedes has had to work hard to try to overcome the porpoising problems that are holding the team back.

But with the team still not on top of the problems with its 2022 challenger, Hamilton struggled for pace in qualifying as he failed to make it out of the Q1 segment for the first time since the 2017 Brazilian Grand Prix.

Despite a late effort, the 2021 Jeddah poleman was pipped in the final seconds of the session by Aston Martin's Lance Stroll for the final slot in Q2. Hamilton is set to line up 16th on the grid.

While Hamilton failed to make it out of Q1, his team-mate George Russell had a more successful time as he delivered a lap that got him through to the second session.

Speaking to television after the Q1 session, Hamilton complained about a lack of balance which was triggered by set-up choices the team had made.

"Just struggled with the balance of the car. And not where I want to be," he said.

"It's something in the set-up. It was looking good in FP3 and we tried to progress in a similar direction.

"Maybe we went too far and then the car was undriveable. It's so nervous." 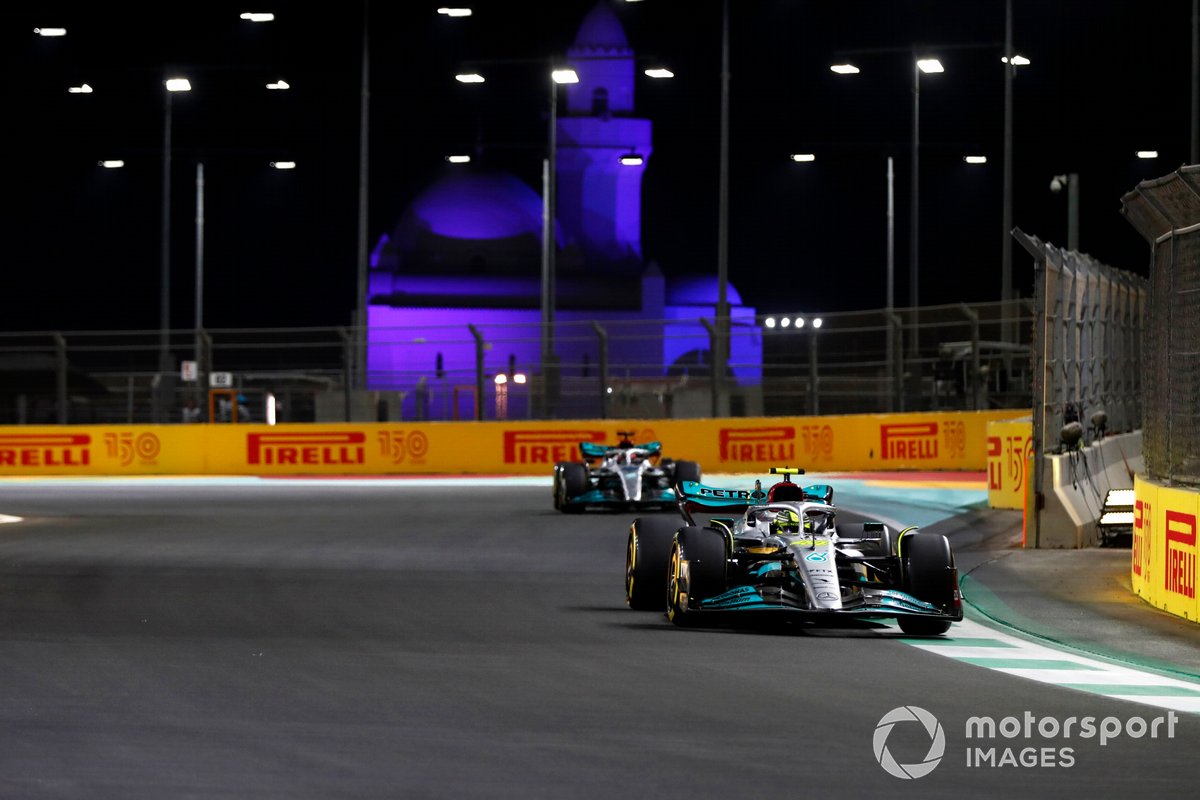 With Hamilton having slipped back from the leading contenders over the weekend, and the field looking ultra-competitive, he was not confident of putting on a strong charge in the race.

F1's parc ferme rules mean that drivers cannot change their car setup between qualifying and the race without being forced to start from the pitlane.

"I've got the same car as I had in qualifying, so I don't anticipate moving that far forwards," he said. "But I'll give it everything."

Mercedes has struggled to unlock the performance it feels the W13 car possess and has yet to find a way to get rid of the porpoising problems without compromising its car pace.