The high-speed characteristics of the Jeddah circuit, with blind apexes and a narrow run to the final corner, means drivers on flat-out laps only get to see slower cars ahead of them at the very last moment.

With huge closing speeds between those cars waiting for a clear bit of track to start their run, and those putting in hot laps, one small miscalculation could lead to a big crash.

World champion Hamilton said the situation was far from ideal, as he was caught out by traffic on several occasions - particularly in the qualifying-style runs.

"That's definitely a lot worse than a lot of places we get to – it's Monaco-esque," he said. "The closing speeds on other cars, is definitely getting to a bit of a danger zone."

McLaren's Lando Norris thinks that, with drivers unable to manage the traffic situation themselves because they cannot see around the walls, the door was open for a bit of "chaos" in qualifying.

"Traffic's going to be really difficult because everyone is flying," said the Briton. "It's not that anyone's doing anything wrong. It's just because you can't see around one corner.

"Of course, my engineers are trying to give me feedback on it, that there's five cars waiting ahead and stuff like that, but you've also got everyone overtaking you so they'll go ahead – and then you've got eight cars queuing at the last corner. 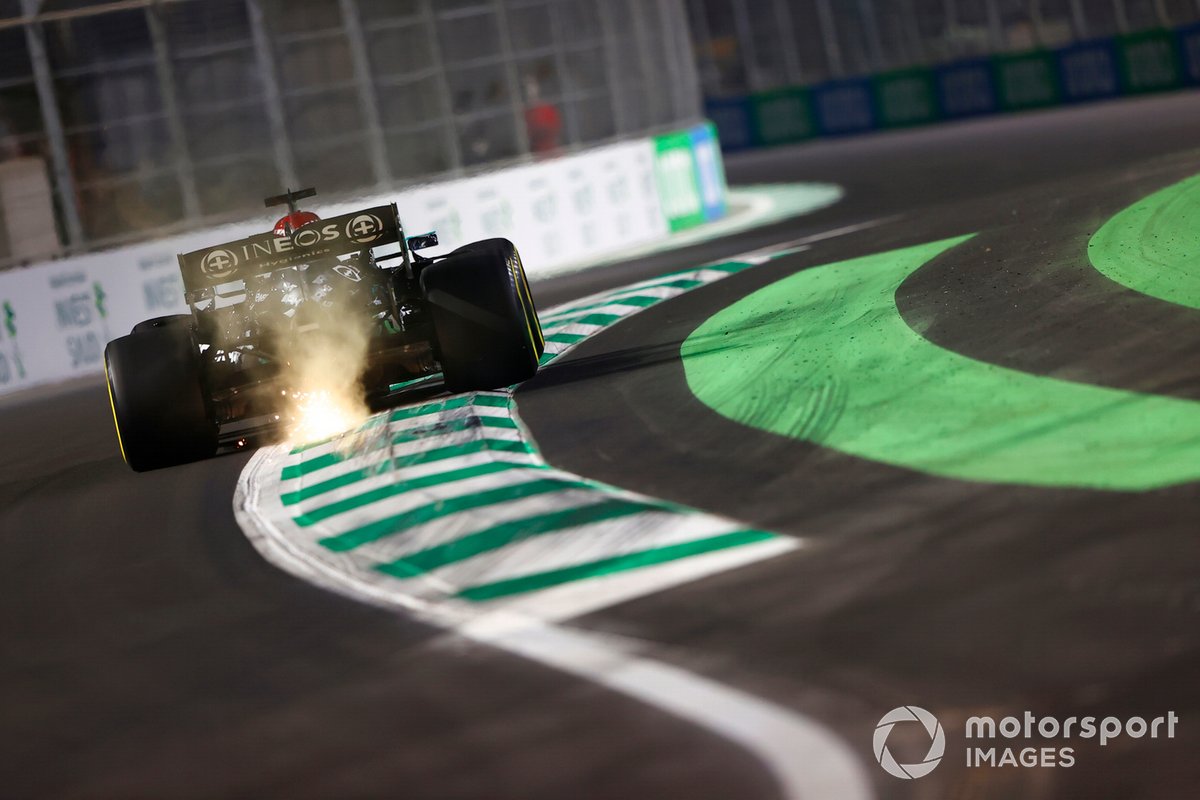 "It's probably going to be chaos, as it always is, but maybe here more than other places, which is not going to be good. But it's part of it. We'll see what we can do."

Despite the concerns about traffic, Hamilton said the track was an impressive one in terms of its challenge and speed.

Asked for his thoughts on the track, he said: "Rapid. Unbelievably quick. It really is incredibly fast and a lot of grip as well. But really nice. Once you get the rhythm, it is a beautiful track."

Norris added that the high-speed nature of the track meant that concentration levels were much higher than they would be at Monaco.

"It's a very tricky circuit: we need so much concentration, because it's also so fast," he said.

"On a street circuit like Monaco a lot of the circuit you have to concentrate a lot, but some of it's also very slow so you can relax a little bit. And it's a bit easier to judge where the wall is and so on.

"Whereas here, all of it is high speed, so judging the distance to the walls is so much more difficult. That makes it like a lot more difficult to concentrate

"It's going be difficult in the race, especially, but it's a fun circuit: especially the first sector. With the barriers and the flow of the whole section, it is a lot of fun."