The additional tyre grip and downforce generated by the latest generation of cars is expected to dramtically increase the speeds drivers can carry through the British Grand Prix circuit's high-speed corners.

Hamilton, who is bidding for a fourth successive victory at his home venue, said he expected the highers speeds to catch some drivers off guard.

"I think Copse is going to be flat this year," he said.

"It was awesome in the last race and Maggotts/Becketts is going to be the same.

"It will be a physical race for us being as it is mostly medium and high speed corners.

"The G we are pulling it will be at least one up maybe two, who knows, it will be a lot of fun." 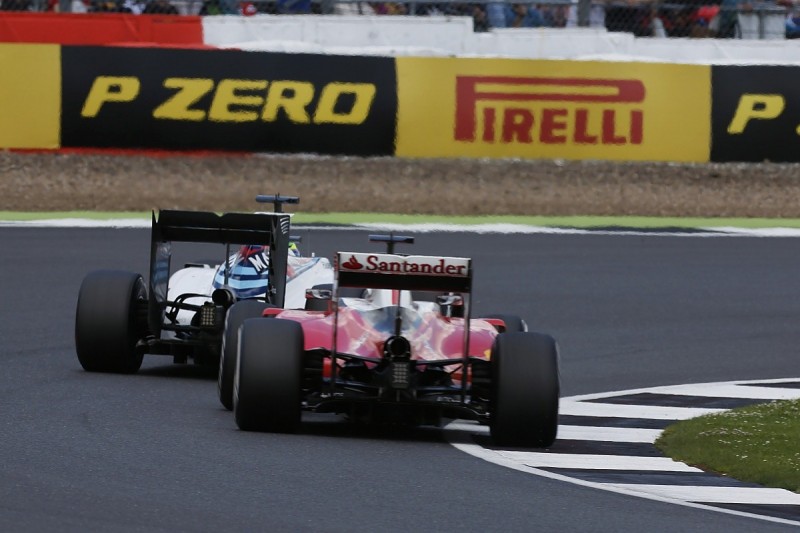 Force India's Sergio Perez added: "If there is a track I'm looking forward to massively it is this one.

"I'm so curious to know [if Copse will be flat].

"There might be some cars that could go through there flat at some point over the weekend, so we will see."

Red Bull team boss Christian Horner said he was expecting drivers to be able to spend the part of the circuit from the old final corner at Luffield to the Maggotts/Becketts complex flat out.

"By the time they arrive at Maggotts, they won't have lifted - and the amount of full throttle time [over a lap] is longer than Azerbaijan," said Horner.

"It is going to be mighty impressive."