Lewis Hamilton says he was well within his delta time after being called to the Formula 1 stewards' office for driving unnecessarily slowly in Azerbaijan Grand Prix qualifying.

McLaren driver Lando Norris was also called up for a similar offence, as the stewards noted an “alleged breach by cars 44 and 4 of Article 33.4 of the FIA Formula One sporting regulations and non-compliance with race director’s note; driving unnecessarily slowly at 18:59.”

Those notes say that “in order to ensure that cars are not driven unnecessarily slowly during all laps of the qualifying sessions or during reconnaissance laps when the pit exit is opened for the race, drivers must stay below the maximum time set by the FIA between the safety car lines shown on the pit lane map.”

After qualifying at the Spanish GP the stewards noted that there were 55 such violations by 18 drivers, but the most serious offenders were Kevin Magnussen and Mick Schumacher, both of whom received a warning.

Speaking before his meeting with the stewards Hamilton insisted that he had kept to the delta and had also been off the racing line.

“We're one of the slowest on the straight,” he said when asked about the incident by Autosport. “So I needed a tow. The rule is you have to be within your delta time from the safety car one line to two line. 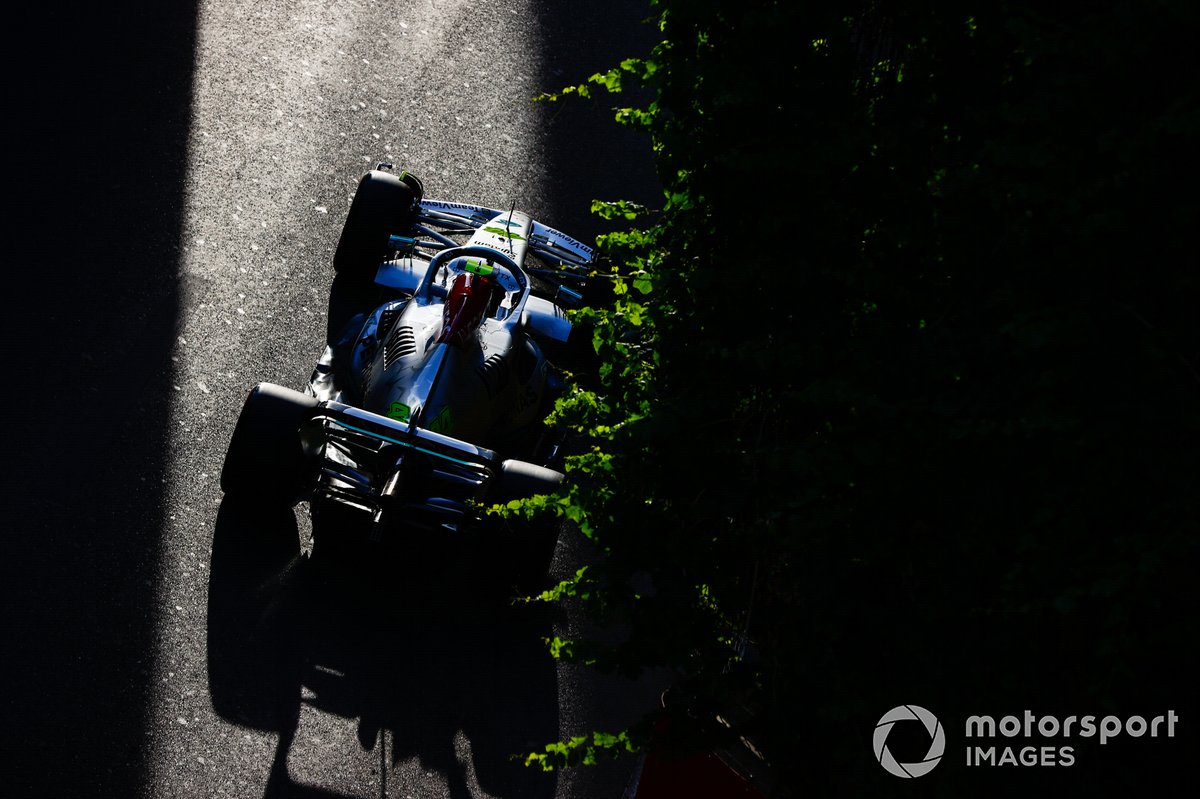 “I was within my delta. I slowed down and pulled offline, completely offline, to let other cars go. But they didn't want to go by.

“So the interesting scenario is when we were in Barcelona, there were cars that just completely ignored the delta, and drove ridiculously slow. I think one or two of them got penalised, like a reprimand.

“But in going as slow as they did, they were like way, way, way slower. They would have gained at least five degrees of tyre temperature cooler.

"And that's why they were so quick. And I remember when they were going slow, I went around them, so I didn't have any problems.

“But anyways, today I wasn't below my delta. I was offline, it wasn't unsafe.”

Asked if he thought he would avoid sanction Hamilton said: “I don't think it's wrong. They had the choice to go by, they didn't. I was within my delta. So if I was below my delta I could understand, but I wasn't.”