Lewis Hamilton thinks Red Bull is still slightly ahead of Mercedes in pace terms in Formula 1, despite his triumph at the British Grand Prix.

The world champion ended a five-race victory drought on home turf at Silverstone a fortnight ago when he bounced back from a first-lap crash with Max Verstappen to take an emotional win.

But as well as the joy of closing the points gap to Verstappen and Red Bull in the standings, the result was also important because it showed that an upgrade Mercedes brought to the last race did help in delivering better pace.

However, Red Bull’s unbeatable speed in the Saturday sprint race has left Hamilton well aware that Mercedes is still not exactly where it wants to be against its main rival.

“I still think that they're slightly ahead,” said Hamilton ahead of this weekend’s Hungarian GP.

“We definitely didn't bring the upgrade [to close the] gap that you've seen in some of the other races before that.

“But I think we can still give them a hard time in terms of sticking with them. We still have work to do to really pull level with them, or pull ahead.” 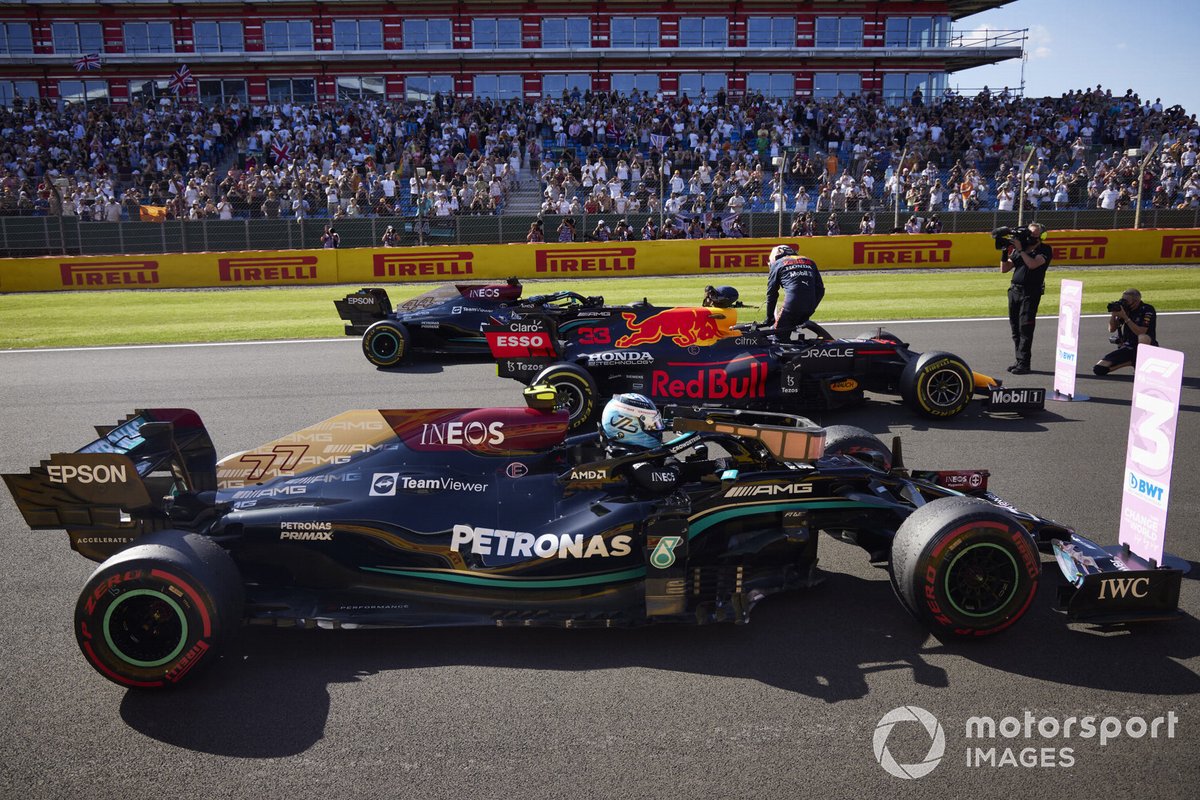 While the tight and twisty Hungaroring is ideal for Red Bull’s high downforce car, Hamilton does hold out hope that the nature of the track plays to his strengths under braking.

“The track, it's an old circuit and they don't make the tracks as they used to,” he said. “It’s a track that kind of works for an aggressive driver in terms of driving style and in terms of how late and deep you brake into corners.”

Hamilton’s team-mate Valtteri Bottas also reckoned that Mercedes did have a shout this weekend, but would need to ensure it did not get distracted by the ongoing controversy surrounding the crash between Lewis Hamilton and Max Verstappen at Silverstone.

“I think this weekend is going to be close,” said the Finn. “We've seen in the recent races that no matter which track we are at, Red Bull is fast, but we've been working as hard as ever as a team, and trying to be better than at Silverstone.

“We need to focus on our work as a team and maybe pay less attention to anything that's happening outside and try and do the job. Anything is possible.”