Hamilton's participation in the German Grand Prix two weeks ago was under threat after the five-time world champion felt unwell.

He said he spent most of the time between that race and last weekend's Hungarian Grand Prix sleeping in a bid to recover.

After taking his eighth win in 12 races in Hungary, Hamilton said he would use the summer break to return to 100% fitness - with addressing certain habits in mind rather than specific plans.

"I'm not very good at planning, I'm super last-minute with everything," said Hamilton.

"In the past I'd go into this break 100% fit and I could go and party for multiple days and then go into recovery and stuff.

"I'm not in that place at the moment.

"I've been fit all year but I've got to make sure I get my energy back.

"I'll spend a lot of time with my family.

"I'm a bit of a night owl, I like staying up late because I don't sleep a huge amount.

"I want to try to focus on shifting that, waking up early and seeing the sun rise wherever I am.

"I might try meditation. Just a few things, a healthier lifestyle.

"My close, good friends around me are going to be doing the same.

"I'll be doing a lot more reading. I'm excited about it!" 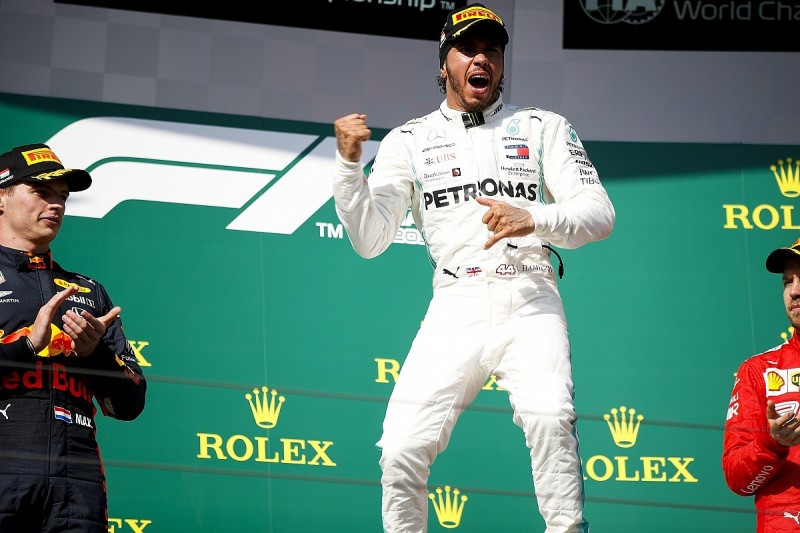 Hamilton jovially denied a joke he is "getting old", saying "I could still party, trust me!" but recognising that at 34 his awareness and preparation is different now.

He has previously credited his plant-based diet for affording him better health and entered the season stronger than ever.

However, Hamilton said he had been wiped out by his sickness in Germany, insisting "it's not 'man flu' like some may have said".

"I really plan this break that I have to be focused on recovery, a bit of a change in my normal break," he said.

"I said I want everyone [at Mercedes] to send me an email, be completely straight with me if you think there are things I can improve on.

"I want the second half to be even stronger than this first half, and [told the team] please just give me that, and I'll also do the same."