Lewis Hamilton feels there was nothing Mercedes could do to beat Red Bull’s “far superior” car in Mexico after losing more ground in the Formula 1 title race.

Mercedes locked out the front row of the grid at the Autodromo Hermanos Rodriguez, but lost its advantage at Turn 1 when Max Verstappen swept around the outside to take the lead.

Polesitter Valtteri Bottas dropped to the rear of the field after being tapped by Daniel Ricciardo at Turn 1, resigning him to a race outside of the points. He eventually crossed the line 15th.

Hamilton failed to keep up with Verstappen at the front, but managed to withstand late pressure from Sergio Perez in the sister Red Bull in the closing laps to hold on to second place.

Bottas set the fastest lap in the final moments of the race, snatching the bonus point away from Verstappen, but the Dutchman’s lead still grew to 19 points with four races to go this year.

Hamilton sounded downbeat over team radio after parking his car up at the end of the race, telling the team: “I gave it everything. I just didn’t have the pace.”

After offering his congratulations to race winner Verstappen, Hamilton said that Mercedes simply did not have the pace to compete with Red Bull in Mexico.

“Their car is far superior this weekend, and there's nothing really we could do about it,” Hamilton said.

“I gave my absolutely everything, and even obviously a great fight with Sergio at the end. But I'm really grateful I did get second.” 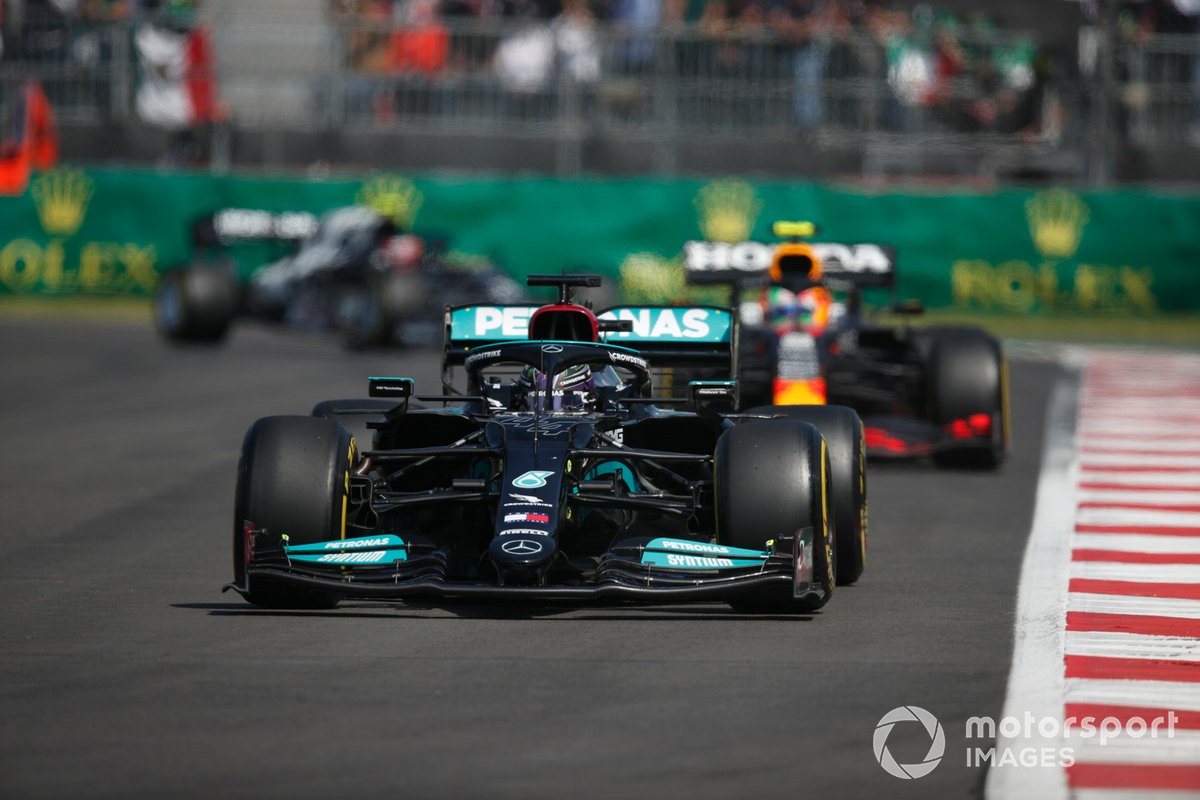 Perez managed to stretch out his first stint to gain an 11-lap tyre advantage over Hamilton after switching to hards, and closed up a gap of more than nine seconds to gain DRS in the closing stages.

Had Perez passed Hamilton, Verstappen’s lead would have stood at 22 points, ensuing there was some degree of damage limitation for Hamilton.

Speaking about the pressure he faced against Perez late on, Hamilton said: “I’ve had that many times before, so it was easy to just hold on.

“But it just shows how fast their car was, when Sergio was that close behind me and able to pull that close.

“He did a great job. He was applying that pressure and just kept going.

“But I really enjoyed the race still.”