Hamilton: Not a lot good to say about "too hard" 2019 Pirelli tyres

Formula 1 world champion Lewis Hamilton does not have "a lot of good things" to say about Pirelli's 2019 tyres, and thinks the new compound identification system is "confusing"

Pirelli has modified its rubber for this season, introducing the thinner-gauge tread that was used at three races last year to combat blistering and overheating.

However, Mercedes driver Hamilton said it feels like Pirelli "did something else", having joked on social media that even his dog Roscoe felt they were "too hard".

"That is why I said he concurs with me, they are a little bit hard," said Hamilton, who had posted a video of Roscoe playing with and trying to bite a Pirelli tyre.

"What do you want to know, if the tyres are any good? I don't really have a lot of good things to say on that, so best I probably don't say anything.

"As we get into the year, it is going to be a challenge. They are more challenging this year than they were last.

"And we have all these different names of tyres - C5, C4, C3, C2 and C1 - which is for me personally even more confusing than all the colours that we had."

The codenames of the tyre refer to the compound, with C1 representing the hardest of the range and the tyres increasing in softness, grip and wear up to C5.

It has replaced the 'rainbow' colour range of seven compounds from last season. 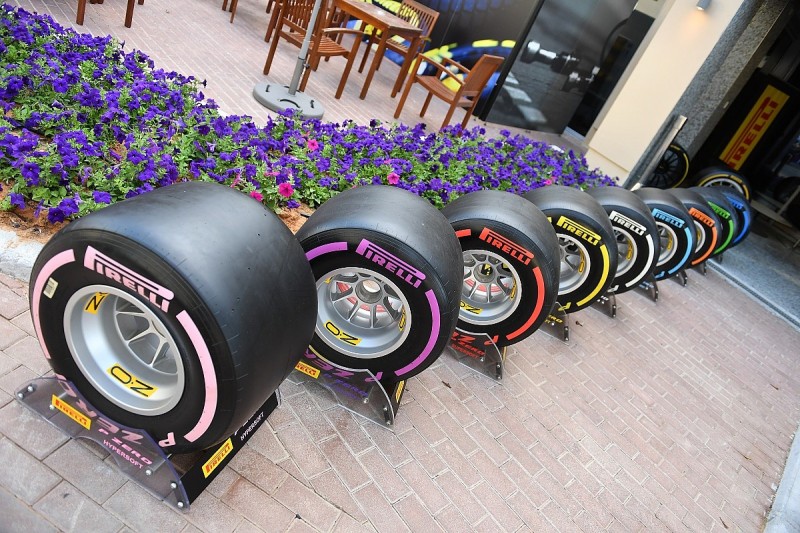 Hamilton added: "We will get used to it, and it will be the norm.

"Valtteri [Bottas] seems to be enjoying driving the tyres out there and I will get a bit of a better feel for what the tyres are like.

"I've been driving on more fuel so it is never a good feeling generally in any year when you have more fuel on board.

"But we are all in the same boat and I will try to understand them the best I can."

Pirelli F1 boss Mario Isola said he would take Hamilton's feedback on board, as part of a desire from the Italian company to consider the drivers' opinions more.

He said that the middle compound, the C3, is last year's soft tyre and therefore the range was broadly the same as last year.

Isola pointed out that the aerodynamic changes for 2019 will have impacted each car's balance, and teams will need to improve that as well as how their car gets the most out of the tyres.

"The thinner guage protects you from blistering and overheating, it could generate graining especially in the colder conditions like in the early morning and late afternoon," Isola admitted.

"It was better in the middle part of the day.

"I need to speak to him to understand better, a bit more in detail, the reason why is not happy."

Ferrari will continue to investigate rim failure after test crash