Lewis Hamilton said he never expected to outqualify both Red Bulls at the Emilia Romagna Grand Prix, as he grabbed his first Formula 1 pole position of the season.

With Red Bull having had the pace advantage in Bahrain, and topping final free practice at Imola, Hamilton was bracing himself for losing out to either Max Verstappen or Sergio Perez.

However, a great performance from the world champion, allied to mistakes from both Red Bull drivers on their final Q3 laps, meant Hamilton took the top spot on Saturday.

Hamilton ended up just 0.035 seconds ahead of Perez, and 0.087 seconds clear of Verstappen.

Speaking after the session, Hamilton said that there were times this weekend where Mercedes felt that Red Bull had an advantage that was more than half a second per lap.

“I definitely didn't expect us to be ahead of two Red Bulls,” said Hamilton. “They have been so quick this weekend. There were times where they were six tenths ahead, and we didn't really know where we would be.

“But the car was already feeling a lot better from the beginning this weekend. So I have a huge amount of respect to the team for the hard work to really narrow down the window.” 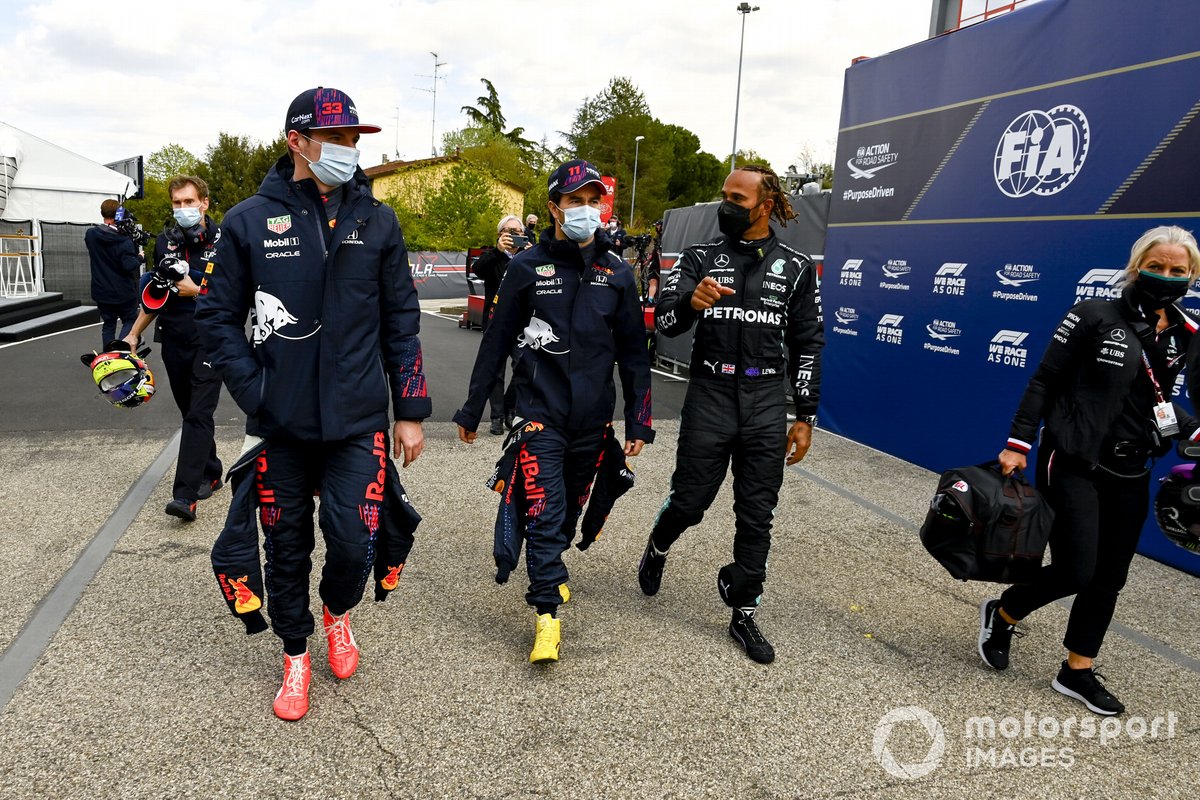 With Hamilton’s team-mate Valtteri Bottas only qualifying in eighth place, it means that the reigning F1 world champion will face a two-pronged attacked from Red Bull at the start of the race tomorrow.

Asked about battling his rivals alone, he said: “I love it. I love the challenge. I think it's great finally we've got the two Red Bulls there.

“I think it's going to definitely make strategy harder and it's going be a real challenge tomorrow because they have got great race pace. I think their pace was strongest on the long run yesterday.

“But I'm just so happy because the first lap was really, really nice, really clean. And there were some improvements on the second lap but it wasn't quite as good as the first one.”