Hamilton: Mission 44 plans to expand to the USA and Africa

Lewis Hamilton says he plans to expand his Mission 44 initiative – which has aims including improving diversity in Formula 1 and the wider motorsport world – into the USA and Africa.

The Mercedes driver established Mission 44 in 2021 in the aftermath of the recent Black Lives Matter protests – a stand Hamilton brought to F1 to highlight its importance via the championship’s media platforms and event ceremonies.

Mission 44 is aimed at improving education and opportunities overall for black students, as well as improving diversity and representation generally across motorsport and STEM industries for underserved groups in society. But it is currently only focused on the UK, where it has received support from broadcaster Sky.

At Austin on Thursday ahead of this weekend’s US Grand Prix, Hamilton spoke to a group of students from local high schools and colleges where those enrolled are predominantly black.

Afterwards he signalled his intention to expand the Mission 44 initiative into additional countries.

“[I’m] very proud that I got to speak to 90 of them [from a 100 total] – because some of them were going to the garage today,” Hamilton said in the pre-event press conference for this weekend’s event at the Circuit of the Americas, where he spoke to the students in a room overlooking the pitlane.

“But with the agreement of Stefano [Domenicali, F1 CEO] I was able to bring some of these young students and youngsters that have never seen Formula 1 before [into the paddock], with the ultimate goal of just continuing to highlight to them that there is space for them within engineering.

“Most of them probably had not realised that through STEM there is a pathway into engineering and this is somewhere one day they can work. 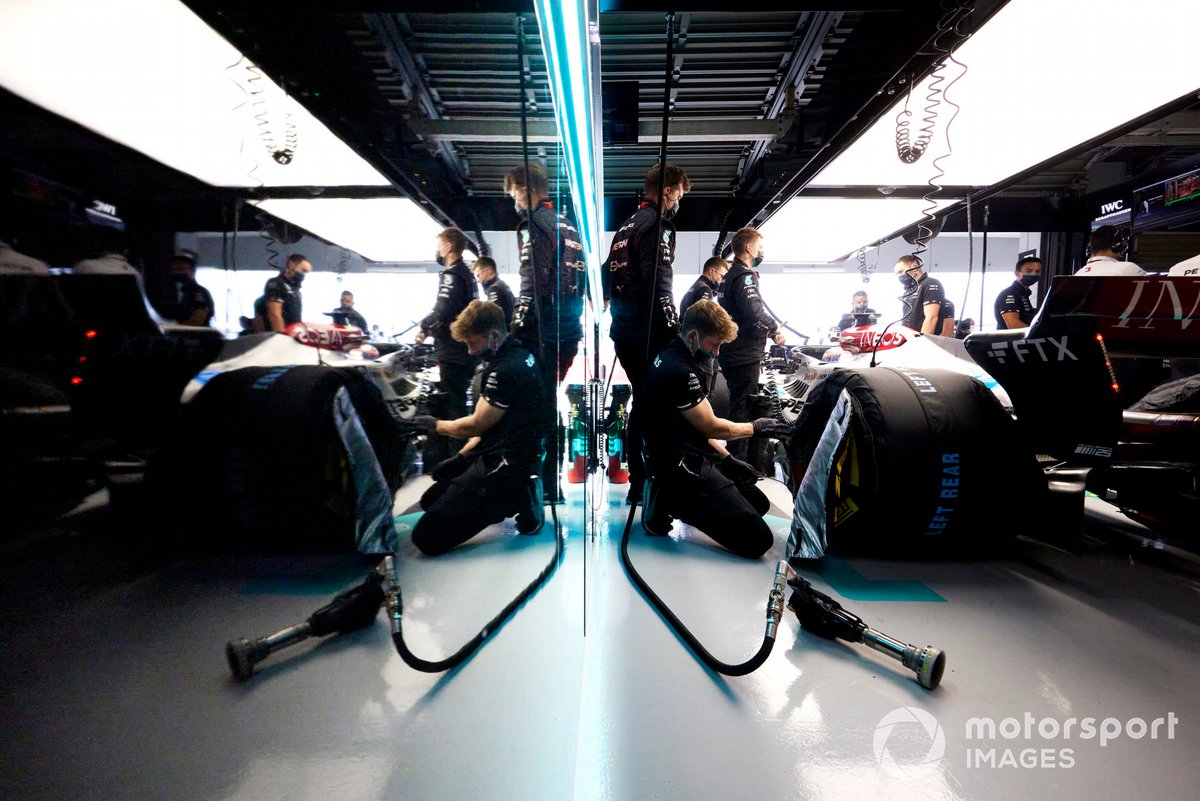 Mechanics at work in the garage

“There are lots of other directions you can go with STEM, with those as qualifications.

“My ultimate goal in the future – whilst at the moment Mission 44 is based in the UK – I do want to expand it to over here in the States and hopefully into Africa at some stage.”

Hamilton, who also established the Ignite charity with Mercedes that has provided grants to organisations where diversity needs to be addressed, also reiterated that Mission 44 is “[about] working on improving representation, about really improving the pipeline [to careers in engineering]”.

“Mission 44, really the core pillars are about progression, empowerment and really just trying to transform the lives of the young youth that are facing discrimination and disadvantage,” he added.