Lewis Hamilton feels Mercedes is on its way to getting back to the front of Formula 1, after upgrades in Spain helped it dial out much of its porpoising problems.

With the team having thrown a huge effort at a raft of changes for Barcelona, Hamilton and team-mate George Russell enjoyed a competitive showing in Friday practice for the Spanish Grand Prix.

Russell ended up second fastest in the more representative afternoon session, just 0.117 seconds adrift of pace-setting Charles Leclerc, while Hamilton was just one tenth further back.

But beyond the lap times, both drivers were mostly happy with how the feel of the Mercedes W13 had been transformed, and that most of the porpoising troubles that have marred its start to 2022 had been banished.

Speaking after the session, Hamilton said: “I’m positive, yeah. Super happy with the progress, so a big, big, big, big thank you to everyone back at the factory for not giving up and for continuing to push.

“We're not the quickest yet, but I think we're on our way. It's the first time we've driven down the straight without bouncing. We still have some bouncing, but it’s way better.”

Russell said the W13 felt different from how it was before as a result of the tweaks that have been made to it for this weekend.

“The car is definitely reacting differently,” he explained. “We've got different limitations this time. We definitely don't have the porpoising on the straight, which is good, but we're still experiencing a bit here and there in the corners, which ultimately you need to dial out.” 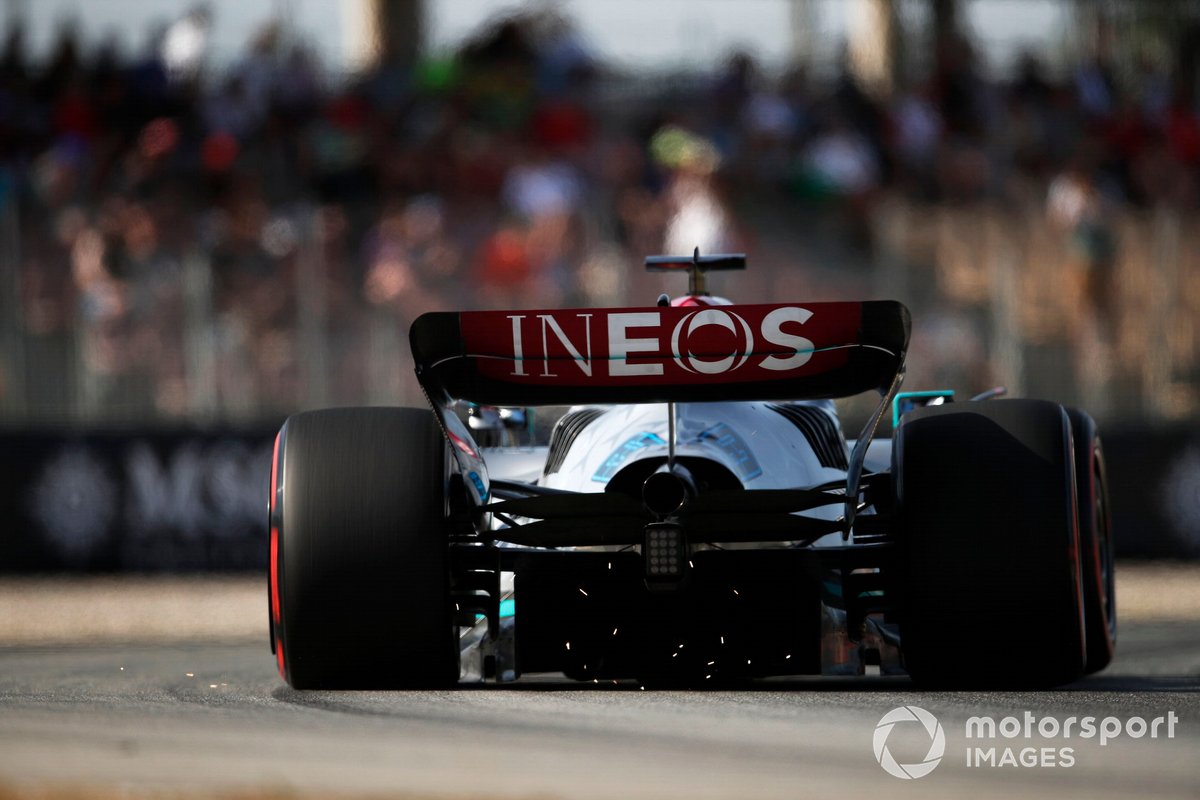 Russell reckoned the small issues that still need to be sorted would take some time to solve and so wouldn't be banished for this weekend's race.

“There probably will be a solution in the pipeline, but probably nothing this weekend that we can instantly implement,” he said.

“I think it's finding that balance between what we want to set up the car for, qualifying or the race, and the compromises we want to make. But we're in a good spot.”

Hamilton agreed that Mercedes was not yet in a position where all its troubles were behind it, but there was at least reason to feel confident the team was now moving in the right direction.

“It's still tough out there with the car, but it's been much nicer than it's been before,” he said.

“I think we can get it into an even better place for tomorrow. So hopefully we can tackle the heels of the guys up ahead.”