Hamilton: Mercedes can only "laugh off" F1 car struggles at this point

Lewis Hamilton says Mercedes can only “laugh off” its Formula 1 car struggles after a difficult qualifying for the Belgian Grand Prix on Saturday.

Mercedes appeared to make a breakthrough with its W13 car in Hungary ahead of the summer as Hamilton and team-mate George Russell both finished on the podium, with Russell having also started on pole.

But the Silver Arrows slipped back again in qualifying at Spa as Hamilton and Russell could only finish seventh and eighth, a distant 1.8 seconds off Max Verstappen’s fastest time in Q3.

Mercedes F1 boss Toto Wolff called the result “unacceptable” and labelled it as the worst qualifying session he had experienced in 10 years.

Asked how disappointing the result was given Mercedes’ momentum before the summer break, Hamilton replied: “I just don’t want to use the word disappointing, because we’ve got to remember that there are 2000 people back at the factory that are working so hard to get it right.

“Of course I wish that we got it right and we brought upgrades that would push us forward, and I wish we were fighting at the front, but it is the way that it is and it hurts. Believe me, it hurts.

“But at this point, you’ve just got to laugh it off and say I am not fighting for a championship. If I get too serious and too low… I’ve got a responsibility to try to keep morale high, as we’ve got to keep pushing, we cannot be discouraged. 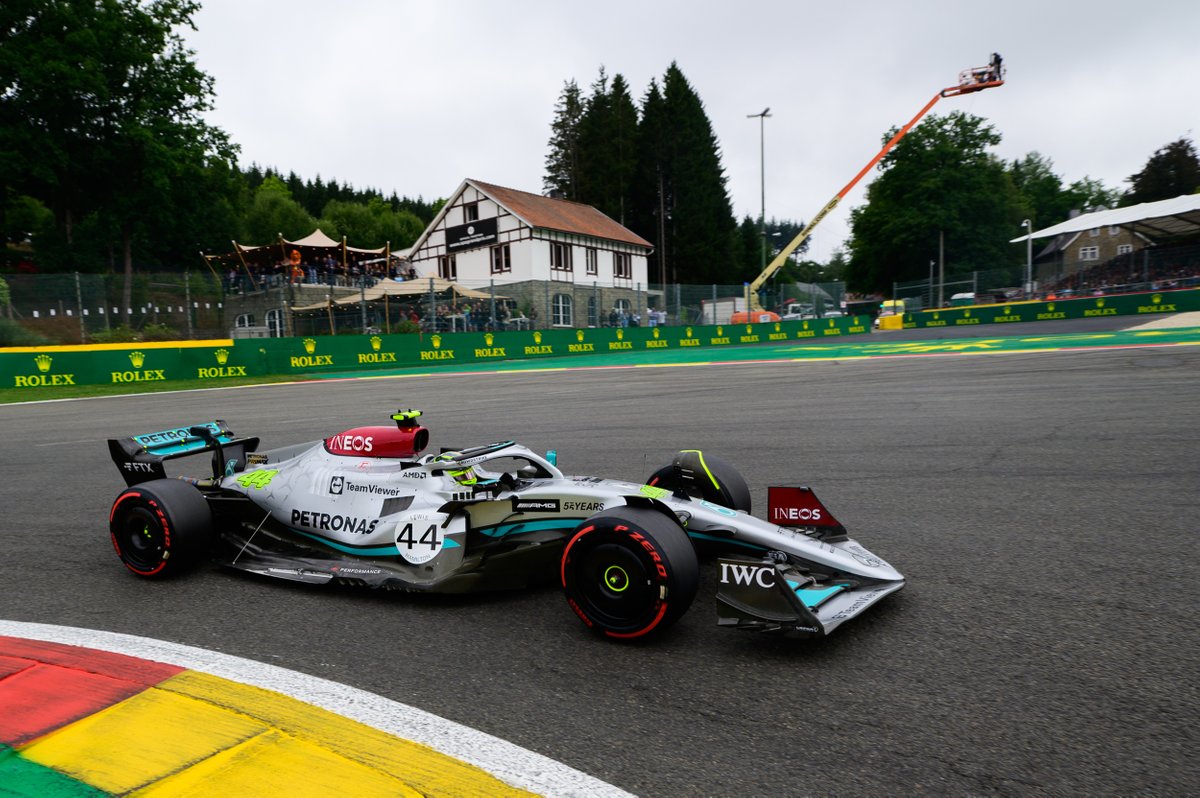 Hamilton felt Mercedes’ focus had to shift onto next year’s car to ensure it ironed out the characteristics that have made the W13 so difficult for him and Russell to drive.

“That is the biggest gap we’ve ever had in qualifying,” Hamilton said.

“What we do is talk about the meetings we’ll have next week and talk about the steps next and where we want to be with next year’s car, what we can take from our understanding of the car here and apply it to the next car to make sure it is not like this one at all.

“That’s what I’m trying to focus on.”

Despite the qualifying struggles, Hamilton and Russell will start Sunday’s race from fourth and fifth place on the grid thanks to the array of grid penalties dished out for power unit changes.

“That is how crazy it is, we are really slow but starting fourth tomorrow,” Hamilton said.

“Maybe we have a chance to get into the podium position, who knows? We’ve just got to stay optimistic.

“I don’t think this weekend that [the car] has told me that it wants to win. But maybe I’ll have a conversation with it tonight and tomorrow it’ll be a bit more responsive.”