Lewis Hamilton says he is looking forward to not having to drive the troubled Mercedes W13 again after next week’s Pirelli Formula 1 tyre test.

Hamilton will handle the car for the final time on Tuesday, when teams have a chance to sample the 2023 spec tyres ahead of next season.

The W13 has been problematic since its first proper test in Barcelona, and the team has spent the season fighting porpoising and ride issues.

While the car has been competitive in recent weekends, and George Russell led Hamilton in a 1-2 in Brazil, it still has issues, which resurfaced in Abu Dhabi this weekend.

Hamilton and Russell qualified fifth and sixth for the final race of the season, behind the Red Bulls and Ferraris.

“I definitely wasn't expecting to see such a big gap,” Hamilton replied, when asked by Autosport about his qualifying session. “But we're losing six tenths on the straight.

"So kind of reminiscent of some of the previous races before kind of Austin, and bouncing is back. So that's not been easy."

Asked what the team needs to address with next year’s car, he made it clear that there is more than one weakness with the W13. 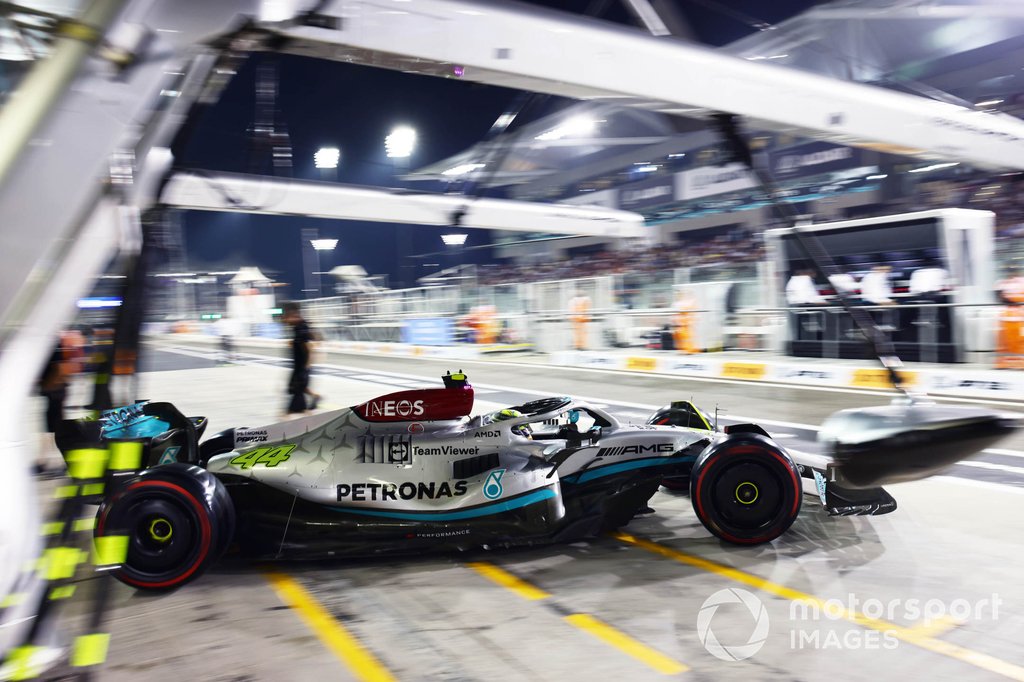 “We’ve obviously got some downforce, we just need to build a much more efficient car. And I think everybody in the team knows exactly what are the problems, and where they are, and where we've gone wrong and I'm pretty confident that they're not going to build the next car with any of those characteristics.

“So I'm looking forward to the end of Tuesday, which is the last time I have to drive this thing. And I don't ever plan to drive this one again. It won't be one of the cars that I request to have in a contract!"

Mercedes team principal Toto Wolff joked earlier this year that the W13 will not be remembered fondly.

“I don't think it's going to have the highest place in the Mercedes-Benz Museum in Stuttgart,” he said. “Maybe it’s going to go a little bit in the caves.”

Speaking on Saturday, Wolff acknowledged that the car’s form has been erratic.

“We have been able to perform well on the tracks that were in the sweet spot of our DNA of the car and that was mostly high downforce – Mexico and Brazil,” he said.

“We're not very competitive when it's fast, straight line, we have a little bit of a draggy car, and that did make us benefit.

“So the pecking order is still third, I think I can say that, but we are very close and on our day, at the right race track, we can win, and that is most important.”