Lewis Hamilton says jumping ahead of several cars preparing for their final laps in Formula 1 Styrian Grand Prix qualifying “definitely” backfired and left him “no hope” of improving.

The Mercedes driver, who ran an offset run plan in the final part of qualifying by taking three runs compared to the two most of the rest of the top 10 completed, left the pits as the last runner to start an out lap ahead of the final fliers at the Red Bull Ring.

Hamilton and team-mate Valtteri Bottas overtook eventual polesitter Max Verstappen early on their out laps before passing Lando Norris, Sergio Perez, Fernando Alonso and Pierre Gasly as they toured slowly through the Turns 7/8 complex at the start of the final sector.

As the group continued to stack up before the penultimate corner, Hamilton also swept ahead of Bottas and started his lap only behind Ferrari’s Charles Leclerc, who headed the queue.

Hamilton’s subsequent final lap was then slower compared to his Q3 personal best, even before he went off the track at the penultimate corner while catching a snap of oversteer, which meant he ended up well down on a time that was soon deleted for breaching track limits when he caught the slide.

When asked in the post-qualifying press conference if he thought passing cars on his final out lap had cost him, Hamilton replied: “Yeah, definitely.

“In hindsight… I knew that everyone was just going so slow, and I was worried about not having the tyres up to temperature.

“But I went on all the dirty lines, so was just picking up all the dirt on the tyres and then got a poor exit out of the last corner. 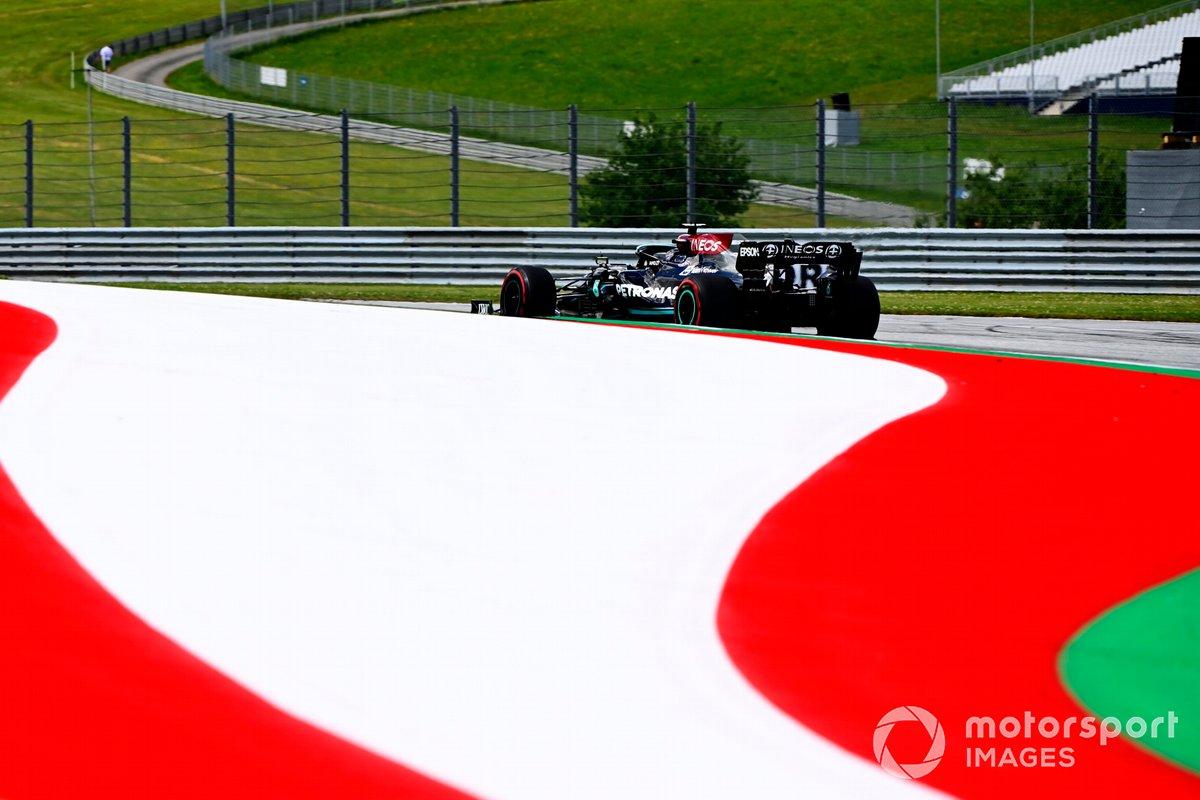 “So, no hope in that respect. Then I naturally tried to overdrive to gather that time loss back and it just didn’t work.”

Going slowly through the final corners at the very back of the train was also nearly costly to Verstappen, as he could not improve on his final Q3 run because “I was the last one in the train, so my tyres I think were just a little bit too cold”, but his run from his first Q3 lap was good enough to clinch pole in any case.

The topic of drivers queuing ahead of their flying laps in qualifying segments has been in the headlines on several occasions in 2021, with Antonio Giovinazzi criticising Nikita Mazepin for overtaking him at the start of his final Q1 lap at Imola.

Perez said earlier this month at the Azerbaijan GP that a ‘gentleman’s agreement’ not to jump ahead in queues of cars coming to start flying laps in qualifying needed to be discussed because some drivers were “not respecting” the informal arrangement.

The Mexican driver qualified fifth on Saturday and afterwards felt the late Q3 antics “once again” had “ruined my lap a bit”.

“Once again, it ruined my lap a bit because I ended up with cooler tyres than ideally. It’s part of the game. It is what it is.”