Lewis Hamilton says he was wrong to once call the Red Bull team “just a drinks company”, while praising its efforts to dominate the start of Formula 1’s new era.

Back in 2011, Hamilton famously dismissed the team that now runs Max Verstappen and Sergio Perez in the context that he did not believe it could maintain form at the head of the pack against proven manufacturer squads such as his then McLaren team and Ferrari.

Back then, Red Bull was at the start of its run to four consecutive double world titles with Sebastian Vettel – although once the V6 hybrid era began in 2014 it fell behind the Mercedes squad Hamilton had subsequently joined.

But while McLaren and Ferrari have failed to recover the form that created their previous eras of F1 domination since Hamilton’s remarks 11 years ago, Red Bull has been gone from being Mercedes only regular victory challenger to seeing Verstappen take the 2021 title and establish a commanding championship position in the first season of F1’s new ground effect rules package, where the Silver Arrows squad is currently with its troublesome W13 car.

When asked by Autosport what he made of Verstappen’s performances in 2022 to establish his current 93-point lead in the standings, Hamilton opted to praise his Red Bull squad and refer back to his previous statement.

“It’s more [about being] impressed with Adrian Newey and his team,” he said. 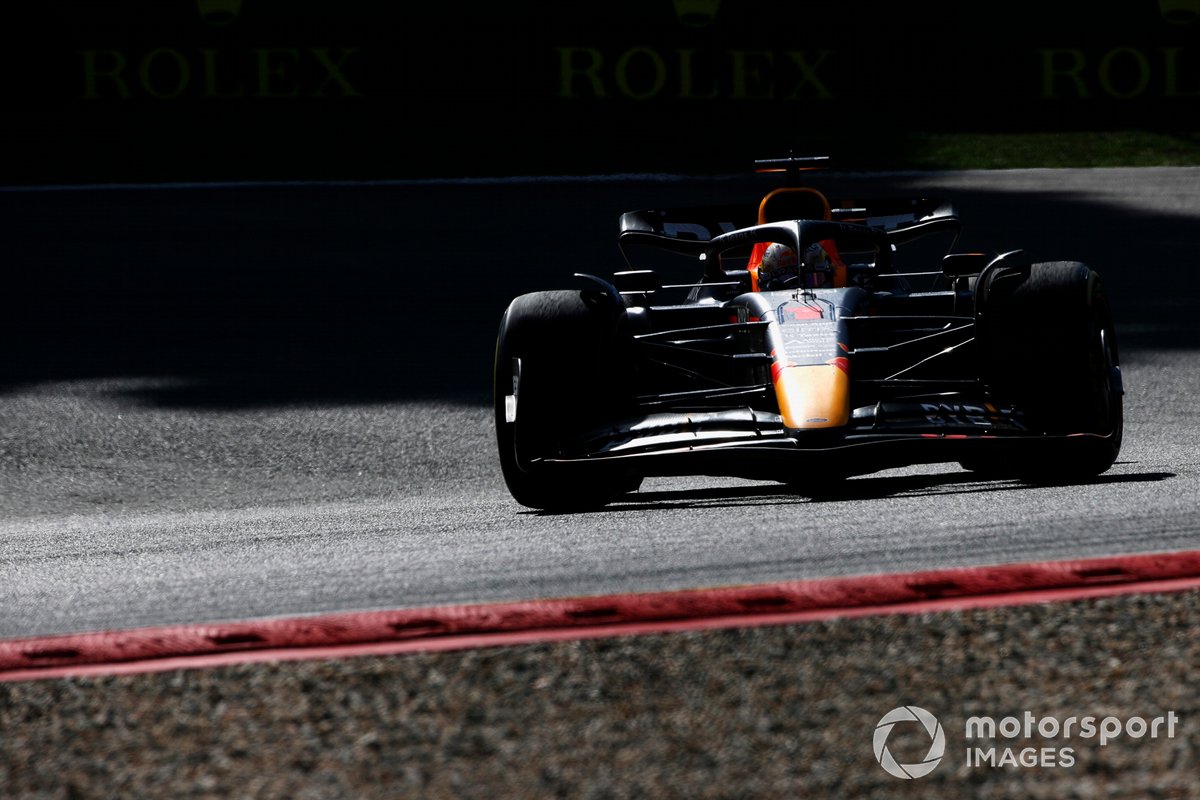 “I think the team [Red Bull], they’ve generally had really great cars for some time.

“They used to have a really high ride height and had more drag than before.

“I think they’ve realised [and] experienced this year that their engine actually isn’t slower than others and it was more that they had a lot more drag in the previous years.

“And they’ve done a fantastic job.

“Anything I would’ve said in the past about the team, I didn’t mean it in a negative way.

“I think years ago I said something about them being a drinks company – or something like that.

“And it was really just highlighting that you would bet on a car manufacturer more so, but they’ve proved me wrong and everyone. And they’ve done a great job.

“But, more so, just knowing that Adrian did his thesis on ground effect cars when he was at university. So, it’s no surprise what he’s done and created this year!

“It’s impressive. But, I believe in the young guns in our team that we’ll catch up.”