Mercedes Formula 1 driver Lewis Hamilton says he does not understand why F1 is letting cars get continually heavier while also trying to improve sustainability.

F1’s new generation of cars in 2022 are set to be the heaviest ever, with the minimum car weight currently set at a whopping 790kg.

The move to heavier turbo hybrid powerunits from 2014, allied to improved safety structures and the arrival of the Halo, have contributed to a big hike over the years.

The extra bulk that is carried around has contributed to cars being less nimble, and is believed to be a contributing factor in why venues like Monaco no longer appear particular well suited to F1 machinery.

For seven-time world champion Hamilton, the extra weight also seems to go against a push by the wider world for cars to get lighter in a bid to use less energy.

PLUS: The weighty issue F1 needs to find a balance with

As well as cars being heavier, they are also much bigger in dimension compared to previous years.

Hamilton says the whole feel of the cars has changed hugely since he started in F1 in 2007.

“The lighter cars were more nimble, were nowhere near as big, naturally, and so racing, manoeuvring the car, was better,” he said. 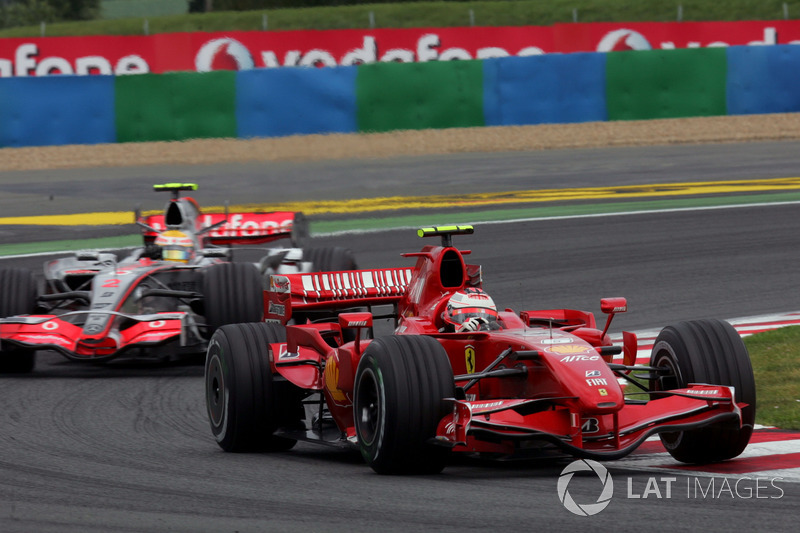 “On the tracks we’re going to, they’re getting wider. In Baku it’s quite wide in places and of course it’s narrow in other places.

“Monaco was always relatively impossible to pass, but now the cars are so big that it’s too big for the track. And, as I said, as we get heavier and heavier, that’s more energy we’ve got to dissipate – bigger brakes, more brake dust, more fuel to get you to the locations.

“I don’t fully understand it.”

Alfa Romeo veteran Kimi Raikkonen says the change in car weight since he started in F1 in 2001 has never been a shock, as it has happened gradually.

However, the 2007 world champion says that it is only when looking back in the history books that the scale of the change hits home.

“It’s a lot  when you see the old cars next to this year’s cars or even the last year’s cars,” he explained.

“Some years it’s, ‘How small they look!’ So, obviously we are not here to design.

“I think if we still did race the mid-2000s or whatever year you want to pick cars, it wouldn’t make any difference to racing. It just wastes an awful lot of money on the way to get to here and nothing else has changed.”