Lewis Hamilton has been handed a reprimand for his track limits breach in Mexico during the opening Formula 1 practice session at the Autodromo Hermanos Rodriguez.

During the first 15 minutes of FP1 on Friday morning, Hamilton ran straight on when braking for Turn 1, noting over the radio that he "couldn't slow down there" as a number of drivers struggled in the dusty conditions.

Hamilton rejoined the track between Turn 2 and Turn 3, meaning he did not adhere to race director Michael Masi's pre-weekend instruction that drivers must follow the escape route to the left-hand side of the circuit.

As a result, Hamilton was summoned by the stewards and investigated for the track limits breach, with the hearing resulting in a driving reprimand being handed to the seven-time world champion.

"Car 44 left the track on the left hand-side between Turns 1 and 2 and re-joined the track between Turns 2 and 3, rather than re-joining by driving to the left-hand side of the bollard at Turn 3," reads the FIA bulletin. 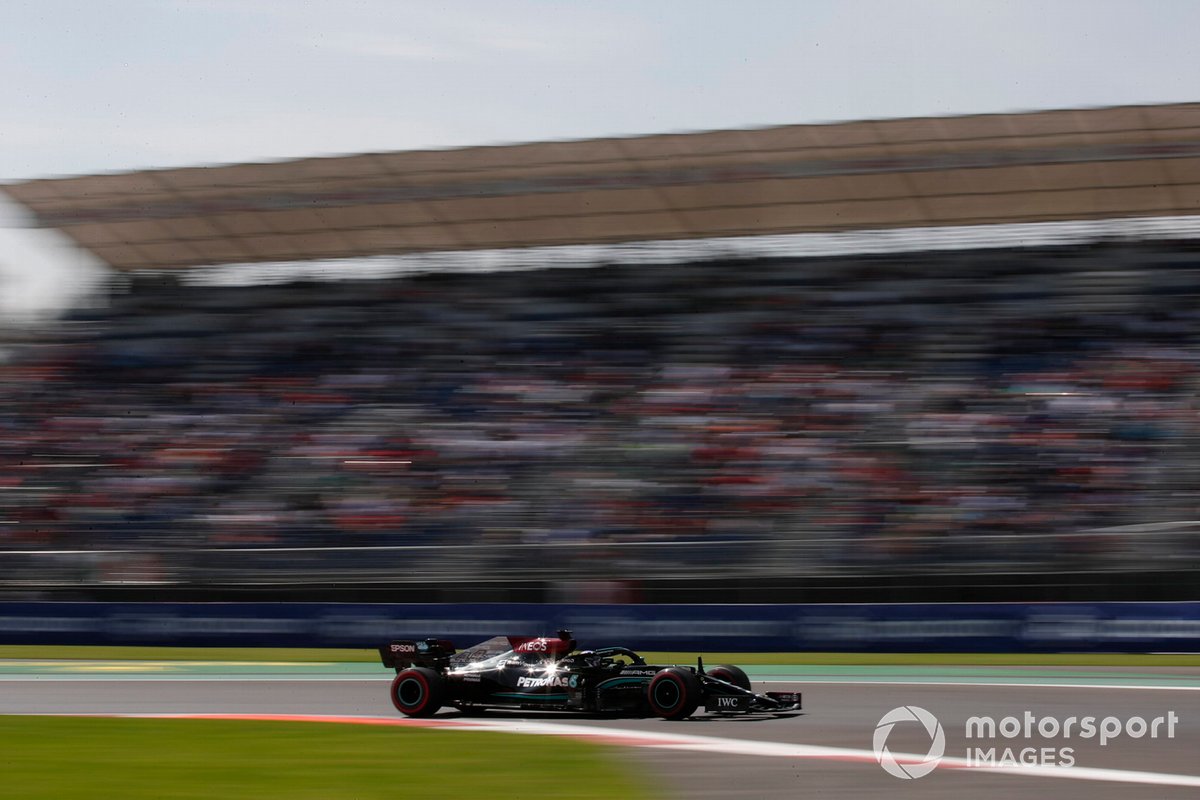 "Whilst noting the driver's comments in relation to track conditions and his attempt to steer to the left after leaving the track, the Stewards consider this to be a failure to follow the Race Director's instruction given in article 21.1a) of the Race Director's Event Notes."

It is Hamilton's first driving reprimand of the season, meaning it will have no material bearing on his race weekend. Drivers who rack up three reprimands over a season receive a 10-place grid penalty.

Hamilton was not the only driver to receive a reprimand for a track limits breach in opening practice on Friday.

Alfa Romeo's Kimi Raikkonen made the same breach as Hamilton later in the session, rejoining the track before Turn 2 instead of sticking to the left-hand side of the bollard, meaning he landed the same sanction.