Lewis Hamilton has explained the background behind his late-race radio message to Mercedes in Formula 1's Australian Grand Prix that some had interpreted as a team criticism.

In the closing stages of the Melbourne race, Hamilton was starting to close in on team-mate George Russell, who had got ahead of him to run third thanks to a well-timed safety car.

As the pair ran around unchallenged from behind, Hamilton said on the radio: "You guys put me in a really difficult position."

While some interpreted the message as a criticism of the team, because Russell had got ahead of him at the stops, Hamilton has made it clear that it was actually nothing to do with the position changes.

Instead, he explained that the comment was in reference to him having to back off the pace and run in clear air, because his engine was overheating as he circulated behind Russell.

"Basically, I couldn't race for position because the car was overheating," he explained after finishing fourth. "So I had to back off."

Although he missed out on the podium finish, Hamilton was delighted with the result of the team as its double points haul earned it 27 championship points to move ahead of Red Bull to second in the constructors' championship.

"It's an amazing result for us as a team," he explained. "Honestly, it's such a positive.

"We were 1.2 seconds off, I think, on Friday. And it wasn't looking spectacular at that point.

"We did some great work overnight, qualifying on the third row, and then great starts. I was up in third. 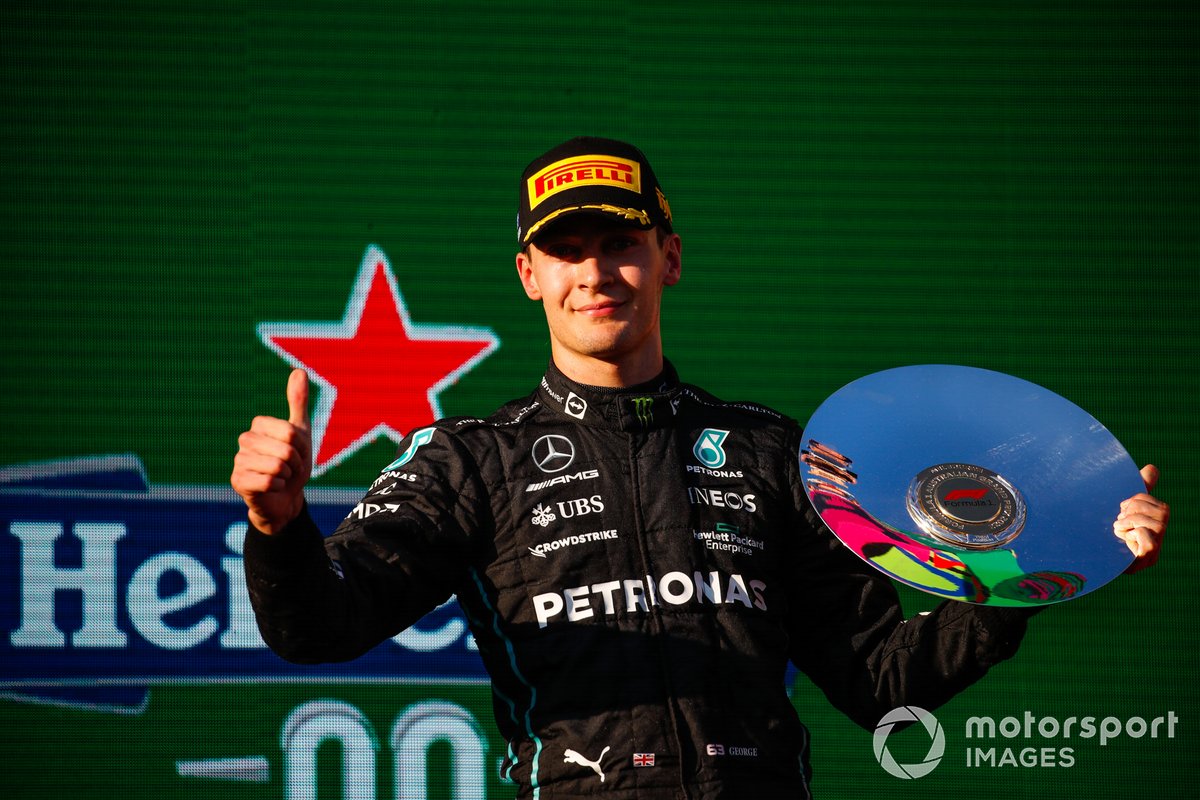 "It felt amazing to be fighting, or feel like we're fighting for a podium in that moment. But obviously we couldn't hold the pace of the Red Bulls.

"But whilst we haven't necessarily improved the car over these three races, I think we've really extracted the most we could points wise.

"I think from my side, I let the team down in the last race and didn't get the points. But to come away with this result is great."

Hamilton also praised the job that Russell has been doing, with the Briton currently lying second in the championship standings after the first three races.

"It is incredible," he said. "He's done an amazing job.

"He did an amazing job today, had great pace. He's been so solid these first three races. And he's working, really grafting away, doing an amazing job."