Lewis Hamilton has explained his decision to only sign a one-year Formula 1 contract extension with Mercedes for 2021, saying there was no need to plan too far ahead

Mercedes announced in February that seven-time F1 world champion Hamilton had put pen to paper on a new contract with the team, keeping him on the grid for the 2021 season.

It put an end to speculation about Hamilton's immediate future, but led to questions about what would happen beyond the end of 2021 as both parties had traditionally sought multi-year agreements.

Mercedes team principal Toto Wolff explained after the announcement that the late signing - delayed after both he and Hamilton contracted COVID-19 in recent months - meant a one-year deal would give more time to strike a longer-term deal in the future.

Hamilton spoke for the first time about the decision to sign a one-year deal in the presentation of Mercedes' new car, the W12, for the 2021 season.

The Briton explained that his achievements - including becoming F1's all-time wins record holder last year, as well as matching Michael Schumacher's tally of seven world titles - meant he felt no need to think too far ahead.

"Firstly, I'm kind of in a fortunate position where I've achieved most of the stuff that I've wanted to achieve up to this point," Hamilton said.

"So there's no real need necessarily to plan too far ahead in the future.

"I think we live in quite an unusual period of time in life, and I just wanted one year.

"Then we can talk about if we do more, and keep adding it if we have to."

Hamilton was a leading voice for F1 last year in improving diversity throughout motorsport, announcing plans to establish a new commission to support the cause.

In the contract announcement, Mercedes revealed it would be jointly setting up a charity with Hamilton with "the mission of supporting greater diversity and inclusion in all its forms in motorsport".

Asked about his main priorities heading into the 2021 season, Hamilton said his off-track work for improving equality and diversity was now a crucial focus point.

"The main priority for 2021 - in the past it was just about winning championships," Hamilton said.

"That is at the core of the drive for me, but of course we exist to win, and that is what all these guys and girls here and working towards, so that is my goal, to deliver that for them." 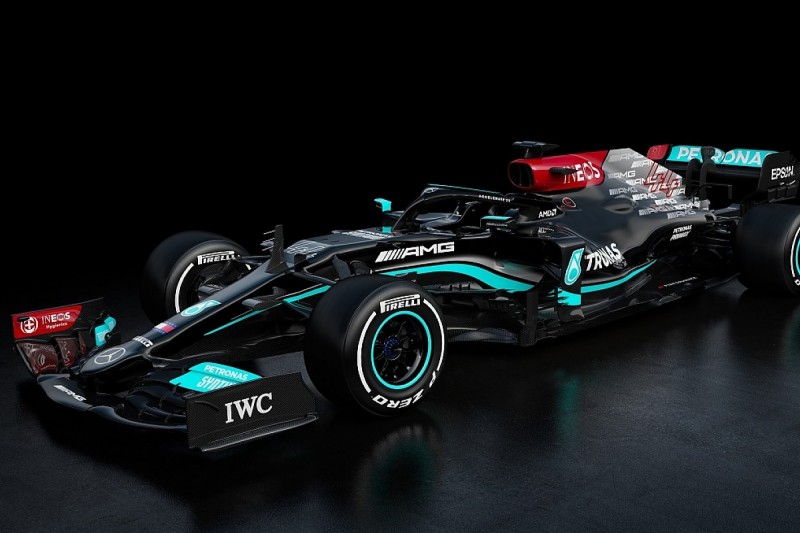