Lewis Hamilton says he enjoyed his charge from 19th to fifth in Formula 1's Italian Grand Prix, stressing that such drives can be more satisfying than winning from the front.

After starting from the back due to an engine penalty, Hamilton had a frustrating first lap in Monza and was still 19th at the end of it.

However, the Mercedes driver worked his way up the order and was hoping to challenge Carlos Sainz for fourth when the late safety car neutralised the race.

Hamilton made it clear after the flag that he had enjoyed his afternoon.

"When I started, my first go-kart was like an old kart, it was all bent and buckled, and we always had to start at the back with old tyres. And that's what I've always enjoyed doing.

"And so starting today, just having those battles is way more fun than starting first and pulling away. It's a different challenge, but I much prefer the battling with people.

"When you win, it's something completely different, and you feel proud for everybody.

"I love the idea of moving forward, so today I felt like I climbed up a ladder. Progress is a good thing." 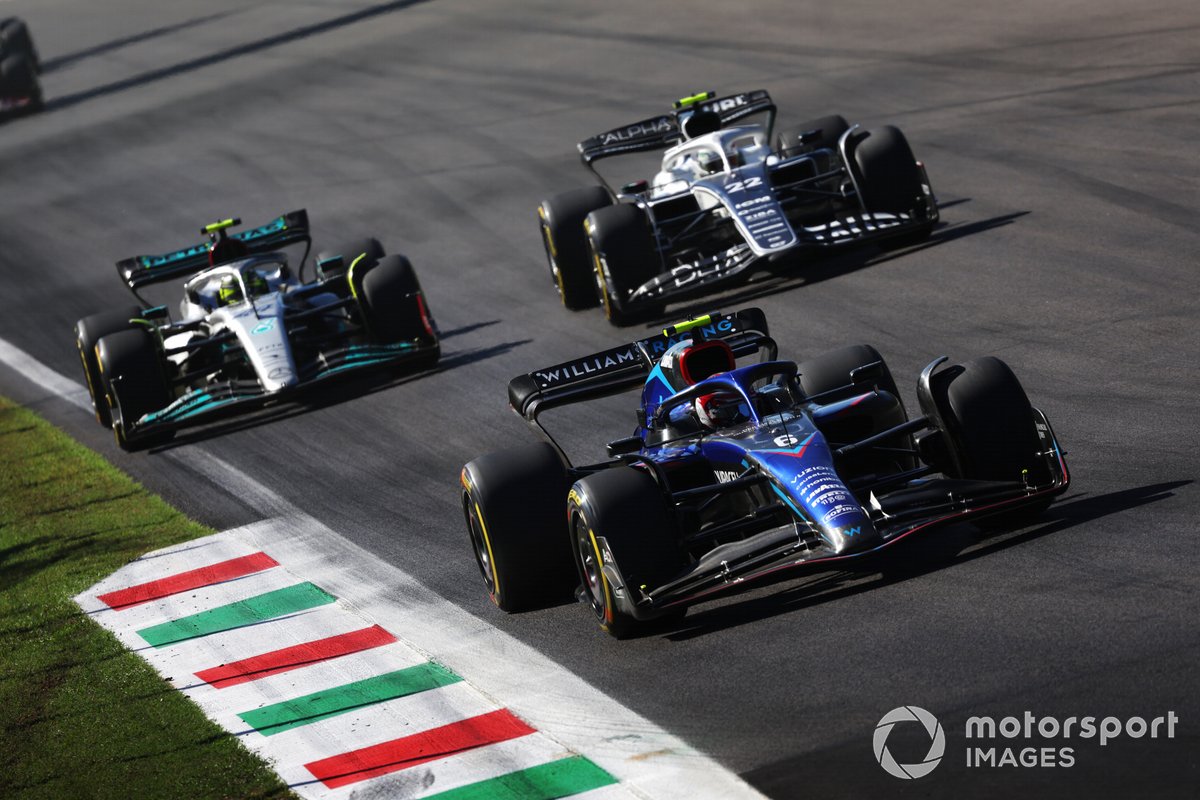 Hamilton explained that he picked up some damage to a front wheel "eyebrow" on the first lap, but maintains he "didn't touch with anybody" to cause it.

"I saw some bits flying off other people's cars hit mine, and I think that damaged the front flap over the tyre," he explained.

"Those things, I don't even know what they're for. But it was flapping, that was damaged. They get in the way of your view, that's all."

Hamilton admitted to some frustration that the safety car meant that he couldn't challenge Sainz at the end, although conceded that the Ferrari driver would have a tyre advantage.

"The soft was starting to fall off a little bit, and I think they stopped so they had new tyres, so I probably wouldn't have been able to get past him," he said.

"But still, I really enjoyed the battle with everyone, slowly working away with this car. It was definitely a challenge from the beginning.

"Naturally just as a racer, you just want more time, I wanted to be able to challenge the Ferrari ahead of me and see if I could get another position.

"But I think in hindsight it was probably a good ending. I'm just really grateful to have come back from the last row."