Lewis Hamilton doesn't feel he needs to apologise for his Formula 1 British Grand Prix clash with Max Verstappen but will contact him after discovering he was taken to hospital.

The reigning F1 world champion collided with his Red Bull rival on the opening lap of the Silverstone race at Copse when the pair were running side-by-side with Verstappen on the outside aiming to cut across to defend his lead.

Hamilton's left front wheel hit Verstappen's right rear tyre and sent the Dutch driver into a 51G impact with the tyre barrier and he was later taken to hospital for precautionary checks.

The FIA stewards gave Hamilton a 10-second time penalty for the incident, but Hamilton was still able to recover to reel in Ferrari's Charles Leclerc to take the lead with two laps to go and win his eighth British GP.

Hamilton has come under fire from Red Bull, with team principal Christian Horner calling it an "amateur and desperate mistake" while he said his team could opt to request the FIA to take further action on the incident having felt the in-race penalty wasn't sufficient.

Verstappen has also hit out at Hamilton on social media, calling his move "dangerous" and felt his post-race victory celebrations in front of the Silverstone crowd were "disrespectful" while he was in hospital.

The Mercedes driver, who was speaking in the FIA post-race drivers' press conference before Verstappen's comments were released on his social media channels, feels it was a racing incident and that he doesn't need to apologise for the clash.

"I've not really seen the footage, I saw a quick clip of it when I went back to the garage but I will go back and have time to reflect on it," Hamilton said.

"I don't think, from my current understanding, that I am in a position to have to apologise for anything. We were out there racing."

Hamilton did admit he was concerned for Verstappen when he found out the Dutch driver was taken to hospital for checks and will seek to speak to him to clear the air. 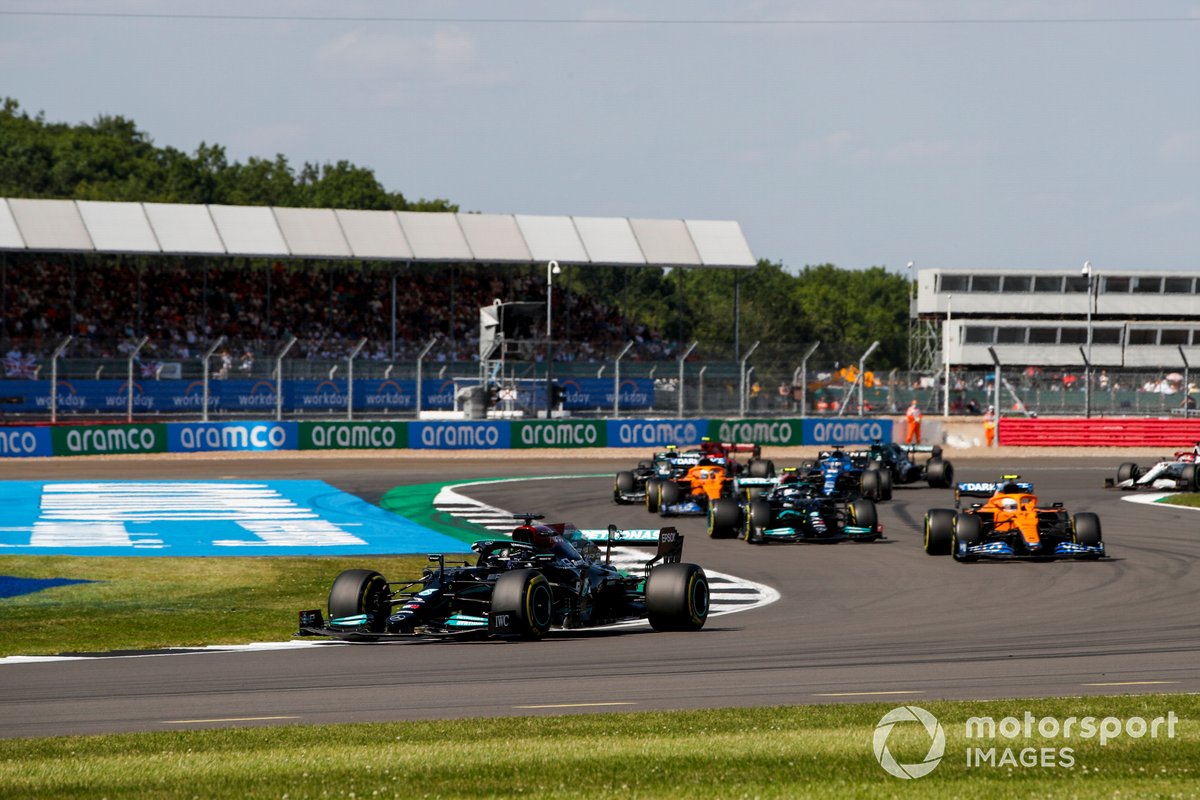 "I heard that Max is in hospital and that definitely concerns me," he said. "None of us ever want any of us to ever get injured, that is never my intention, so I really hope that he is OK.

"I'll hit him up after this just to check that he is OK. We live to fight another day, there will be a lot of tough races coming up and we have to learn to strike a decent balance.

"I don't agree with the stewards but I take my penalty on the chin and get on with my job. I am not going to whine about it. Everyone is going to have a different opinion and I don't particularly care what people think. I just do what I do and I am just really grateful for today."

Hamilton also refuted Horner's claims of a "hollow" victory due to Verstappen's retirement on the opening lap but understands the reaction so soon after the race.

"I don't really have anything to say to Christian other than it [the win] doesn't feel hollow," he said. "There are 2000 people in my team who work incredibly hard and it is not just about me.

"I have already said this is not the way or anything I want to happen in the race.

"It is important for all of us to take a step back as emotions are running high and I know what it is like to lose points within the team and be in that position, so I don't generally worry about it."

Hamilton has closed up to eight points behind Verstappen, who still leads the F1 world drivers' championship after the British GP.