Lewis Hamilton says the bumps in the Circuit of The Americas asphalt felt “horrible” in Mercedes’ 2022 Formula 1 car through practice on Friday for the United States Grand Prix.

Mercedes struggled with a bouncing problem on its W13 car in the early part of the 2022 season, but took steps to remedy the issue with car updates.

Concerns have been raised in the past about the bumpy COTA layout, with the issue only getting worse due to the shifting ground that the circuit was built upon. It proved particularly troublesome for the MotoGP riders last year, prompting COTA to undertake a resurfacing of the track last winter.

Throughout Friday’s practice running in Austin, a number of cars were visibly bouncing on-track, particularly under braking into Turn 1.

Asked after FP2 how the bumps felt in the Mercedes car, Hamilton called them “horrible” and then started laughing.

"Oh my God, man, jeez,” he said. “I came here after Montreal and I drove last year’s car, and ah, it was so good, and I remember getting out, just beaming from ear to ear. It was so smooth and I had good downforce, good power.

“This year we lost a bit of power with the biofuels and then the car is so stiff, and now coming and driving this car…

“Luckily I don’t actually have many fillings, because if I did, they would have all come out this year, for sure. It’s so, so bumpy. I’m really hoping for a non-bumpy car next year.” 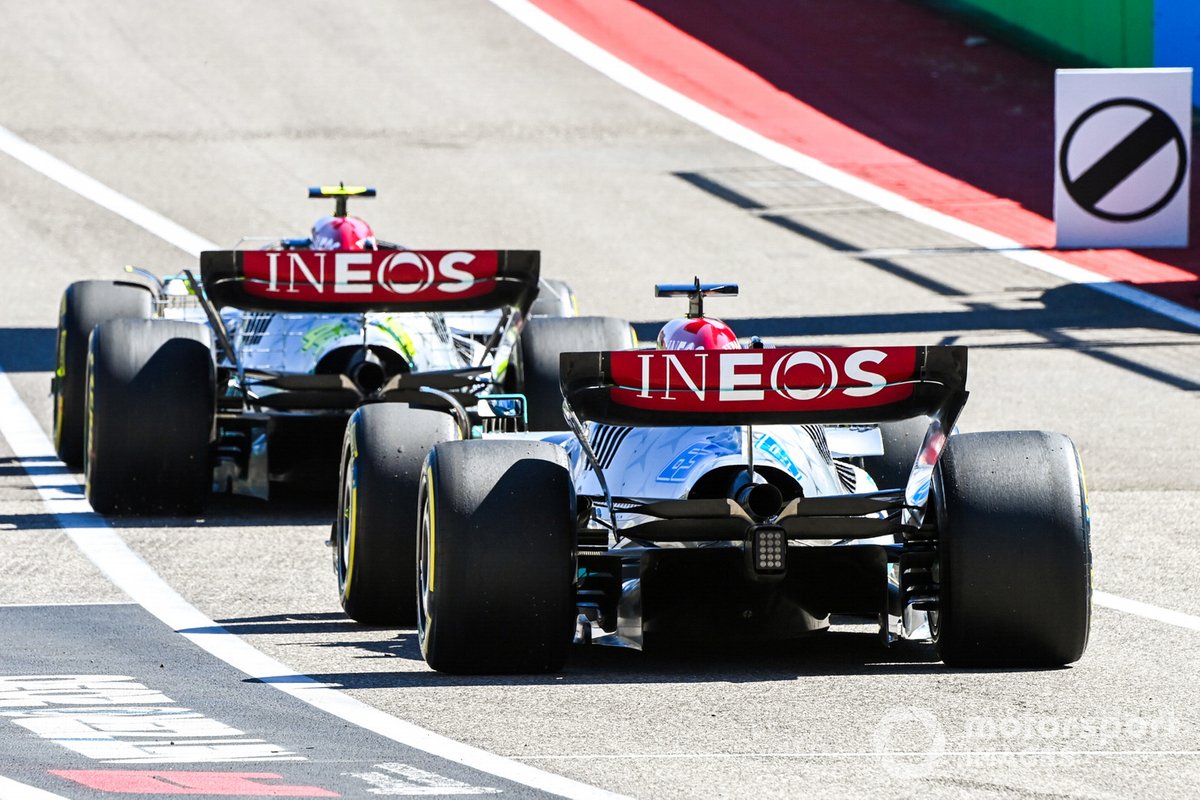 Mercedes arrived in Austin with its final update package of the season, including a revised rear wing endplate design and changes to its floor. While second practice offered little insight via the timesheets given the focus on Pirelli tyre running for 2023, Hamilton was encouraged by how the car had performed overall.

“Everything went to plan,” said Hamilton. “I kept the car in one piece today, which is good, just about, and definitely felt improvements in the car. So obviously [FP2] was a bit of a waste of a session in terms of performance, but P1 was quite good.

“I’m hoping we make some changes tonight, and we’ll find out tomorrow exactly where we stand. It doesn’t feel like we’re too far away from everybody.”

IndyCar ace Palou: F1 McLaren "capable of more than I thought it was"