Lewis Hamilton expects to face boos at Zandvoort this weekend, but Formula 1 title rival Max Verstappen says it is not his job to stop his fans from doing so.

Hamilton brushed off the boos at the time, but is set to face a similarly hostile welcome to the Dutch Grand Prix this weekend as Verstappen races in front of his home crowd for the very first time.

Verstappen said ahead of the race weekend at Zandvoort that he didn’t mind the atmosphere “as long as it doesn’t affect Lewis”, but said that it was not for him to tell his fans to do otherwise.

"When you go to a football match, when you go to a home ground the other opposition will be booed at some point, and it’s not up to then the local club to come onto the speakers and go ‘guys, you cannot boo’, because it will naturally happen,” Verstappen said.

“Also in football they are very passionate and they support their local team. So I don’t think it’s up to me to say to them they can’t boo, because I am not them and I have to just focus what I’m doing on-track.”

Hamilton acknowledged the booing was “naturally something you would expect” at Zandvoort, and that while he did not agree with it, he would look to channel the energy into a positive.

“Of course you’ve seen a lot of the orange fans all over,” Hamilton said. 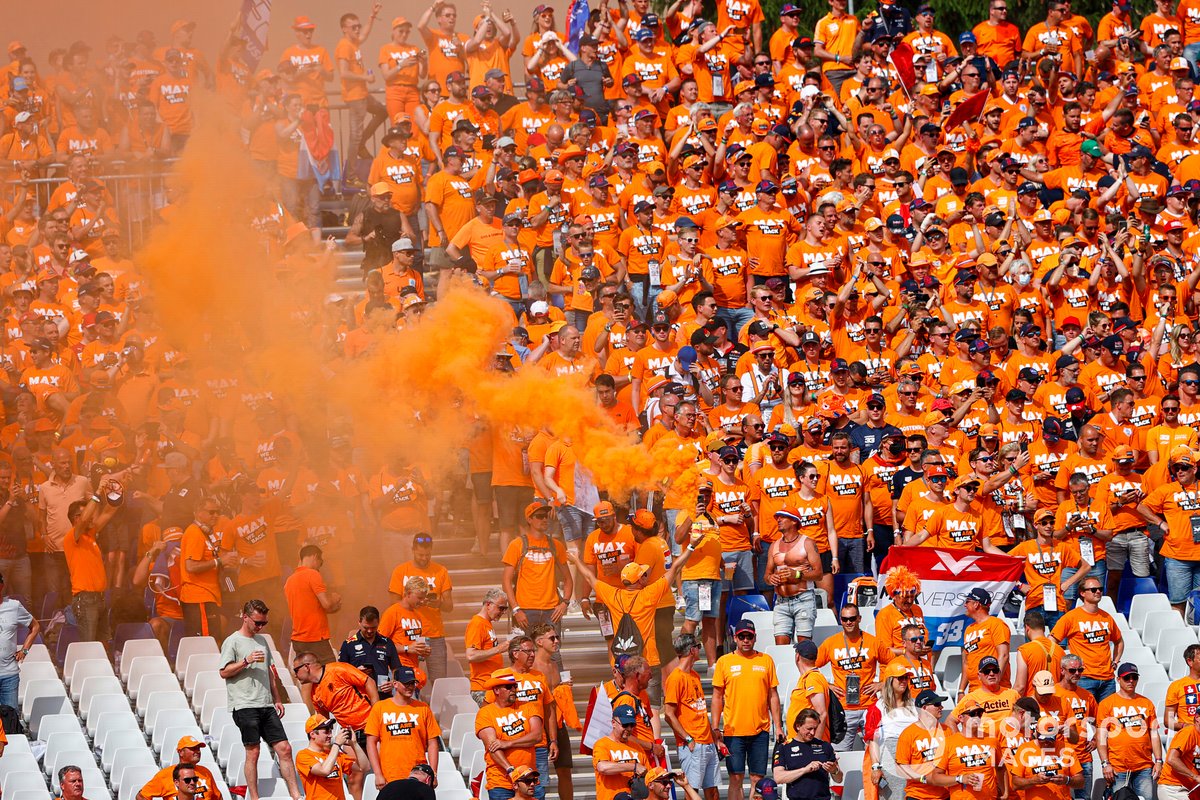 “I’ve never been someone that would go to an event and boo, but I understand it. You see it in football events, the passion that the fans have, or the dislike that some of them have of their opponents. But I respect it.

“I think I’ve always loved coming out to Holland. Amsterdam is one of the greatest cities. And I know I do have some Team LH fans in the Netherlands, which I really appreciate. They’re probably a small portion in the grandstands out there, and I admire them for being able to withstand the boos too.

“But that’s the sport. What I do is just try and turn that energy towards me, however you want to take it, and turn it into a positive, and try and put it into a drive.”

Asked if he would ever feel a need to tell his own home fans not to boo, Hamilton replied: “Well fortunately, the British fans don’t do the booing.

“They’re amazing, the British fans. I think they’re just there for a great weekend. I don’t think I’ve heard booing from the British fans for anyone in my time. I’ve got a short memory, but I’m pretty sure I haven’t.

“But I don’t agree with it in general for anyone. Everyone is there to do the best job they can, and everyone is trying to be the best they can be.

Russell knows where he'll drive for F1 2022, was informed before Spa