Lewis Hamilton admits he had a “strange experience” in the Formula 1 Azerbaijan Grand Prix after fearing he would lose control of his porpoising Mercedes and hit the wall.

At times the bouncing was so bad that Hamilton had to lift in the series of sweeping kinks at the start of the pitstraight.

Hamilton confirmed he was suffering more than team-mate George Russell because of a difference in specification between the two W13s, as revealed by Mercedes boss Toto Wolff after qualifying.

He also had to battle intense pain in his back caused by the car bottoming on the straights.

Despite his problems, Hamilton moved up from seventh on the grid to fourth at the flag - albeit aided by both Ferraris failing to finish.

"There were a lot of moments where I didn't know if I was going to make it," he said. "Just whether I was going to keep the car on track, because I don't know if you saw it, I nearly lost it in the high speed several times.

"So the battle with the car was intense. And then at the end, the last 10 laps to the flag, I was just having to go internal, like ‘You can do this, you've got this. Just bear with it.’"

Hamilton confirmed that at times he had to lift on the straight because he thought he might lose control.

"Yeah, because the thing was bouncing so much sometimes,” he said. “There were so many times I was nearly going into the wall. So that was a concern, safety-wise at 180 miles an hour, smashing into the wall, I don't think I've really ever had to think about that too much as a racing driver.

"You don't really ever think about keeping it out of the wall at that high speed. A very, very, very strange experience." 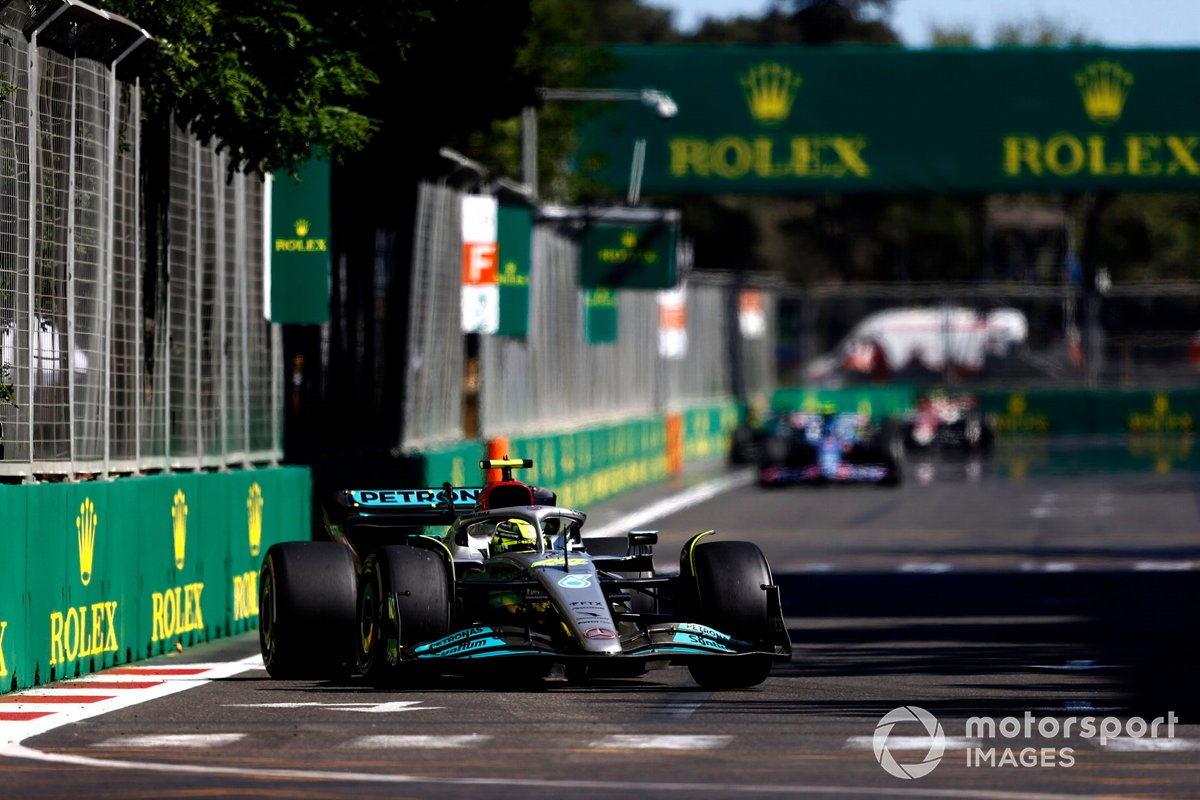 Hamilton admitted that the spec chosen for his car as the team pursues parallel development directions hadn’t worked out.

"Yesterday, I lost three and a half tenths to him just on the on the straights. I had an experimental part on my car, and a different rear suspension. So ultimately, it's the wrong one."

Despite his frustration Hamilton conceded that it had been a good race for the team: "Yeah, really, really great points. There is so much potential in this car. We just can't unlock it at all until we stop this bouncing.

"But we have a much different looking car to everybody else. I need to have a look and see whether that's the right or wrong."

Hamilton confirmed that he had to work with his physio Angela Cullen to minimise his back issues over the weekend.

"I've been doing like cryotherapy," he explained. "And when you go in there for four minutes, it's bloody cold, and you just have to go internal, and say you can, it's the same sort of thing, you know, just kind of quieten down and just grinning with it.

“I have to think of all the people that rely on me to get those points. So that's really what I was focused on. But this is definitely the worst. For me, I haven't had it this bad [as] this year.

"George doesn't have any back problems today. But his is like a 10 years younger back than mine!"