The Haas F1 team driver complained regularly about the inadequacies of the Brembo brakes during last season.

The manufacturer provided an updated set of brakes to test in a bid to cure the problem, while Haas kept its options open by testing brakes from another supplier CI.

Haas ran the CI brakes in Brazil last year, then in this season's Bahrain test and then again in Russian GP practice, but suffered disc cooling problems in the latter, which meant the team stuck with Brembo.

Haas ran CI again in second practice at Silverstone, following a slight change to the material.

The American team ran Brembo in FP1 on Grosjean's car so he could do a back-to-back test and the Franco-Swiss declared himself happy with the new material.

"Yeah they are good," he said. "It's not easy to swap brakes halfway through the day, but we've done it, and it was positive." 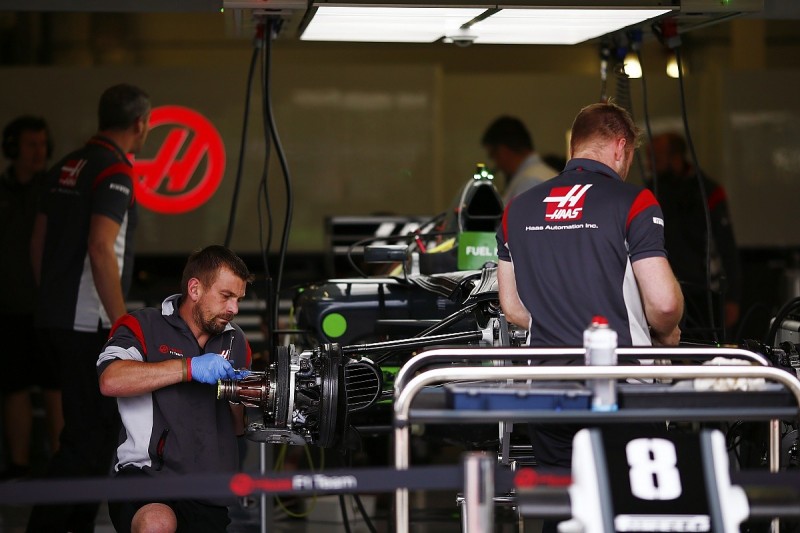 As a result, following discussions on Friday night, Grosjean and the team chose to leave the CI brakes on the car for final practice.

He confirmed to Autosport that they felt better during the one-hour session and that he would run those in qualifying and the race.

His team-mate Kevin Magnussen did not feel he had enough time running the CI brakes on Friday to fully evaluate them so has chosen to stick with Brembo for the remainder of the weekend.