The new Haas VF-19 made its first public appearance in the Barcelona pitlane on Monday morning, prior to the start of 2019 Formula 1 pre-season testing

The team revealed the black and gold livery of new title sponsor Rich Energy on a modified 2018 car in London on February 7, and only showed online images of the '19 design.

The new model has already hit the track, conducting a private filming and shakedown day at Barcelona last Friday. 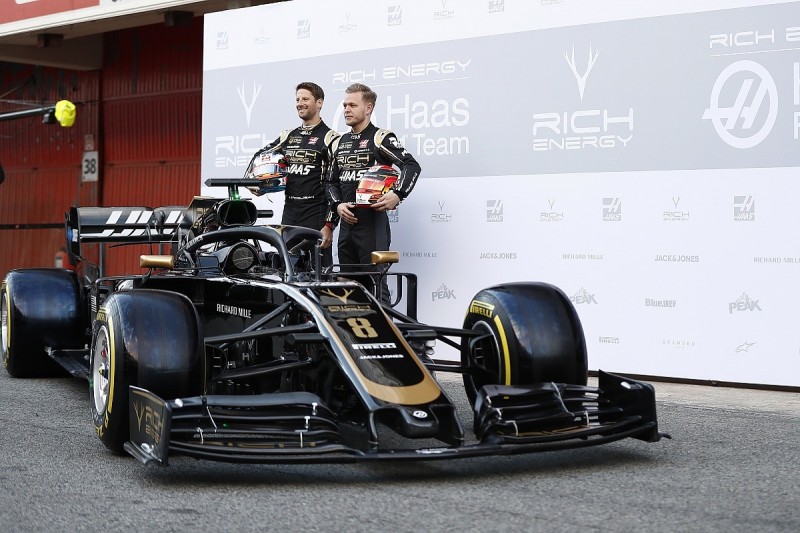 Romain Grosjean will drive the car on Monday and on Wednesday morning, with Kevin Magnussen taking over on Tuesday and test driver Pietro Fittipaldi handling it on Wednesday afternoon and Thursday.

Haas finished fifth in last year's constructors' championship, eventually losing out in a season-long battle for fourth with Renault.

But the campaign was still the best of the relatively young team's F1 stint so far, as for much of the early part of the season it occupied the 'best of the rest' position on pace behind the breakaway Mercedes, Ferrari and Red Bull pack.