The Haas team's new-for-2021 Formula 1 floor has broken cover, and is strongly rooted in the design it ran in practice for the Abu Dhabi Grand Prix.

As the last team to formally unveil its car, taking the covers off the VF-21 in the pitlane ahead of Friday's running at the Bahrain test, the car features a considerable amount of carryover.

Team principal Gunther Steiner revealed that the team had not spent any of its tokens on its 2021 car, noting that the season was a transitional year for the American outfit.

The floor features a rib along the back of the floor, which extrudes forward and serves as a mounting for a winglet ahead of the rear wheel.

This pairs with a curl on the rear corner of the floor, as has been used by a number of teams on their interpretations of the new floor regulations.

With enclosed slots now banned by the changes in regulations to reduce the potency of the floor, cutting the overall downforce, the teams have had to employ other methods of replicating the same effects to keep the underbody airflow as clean as possible. 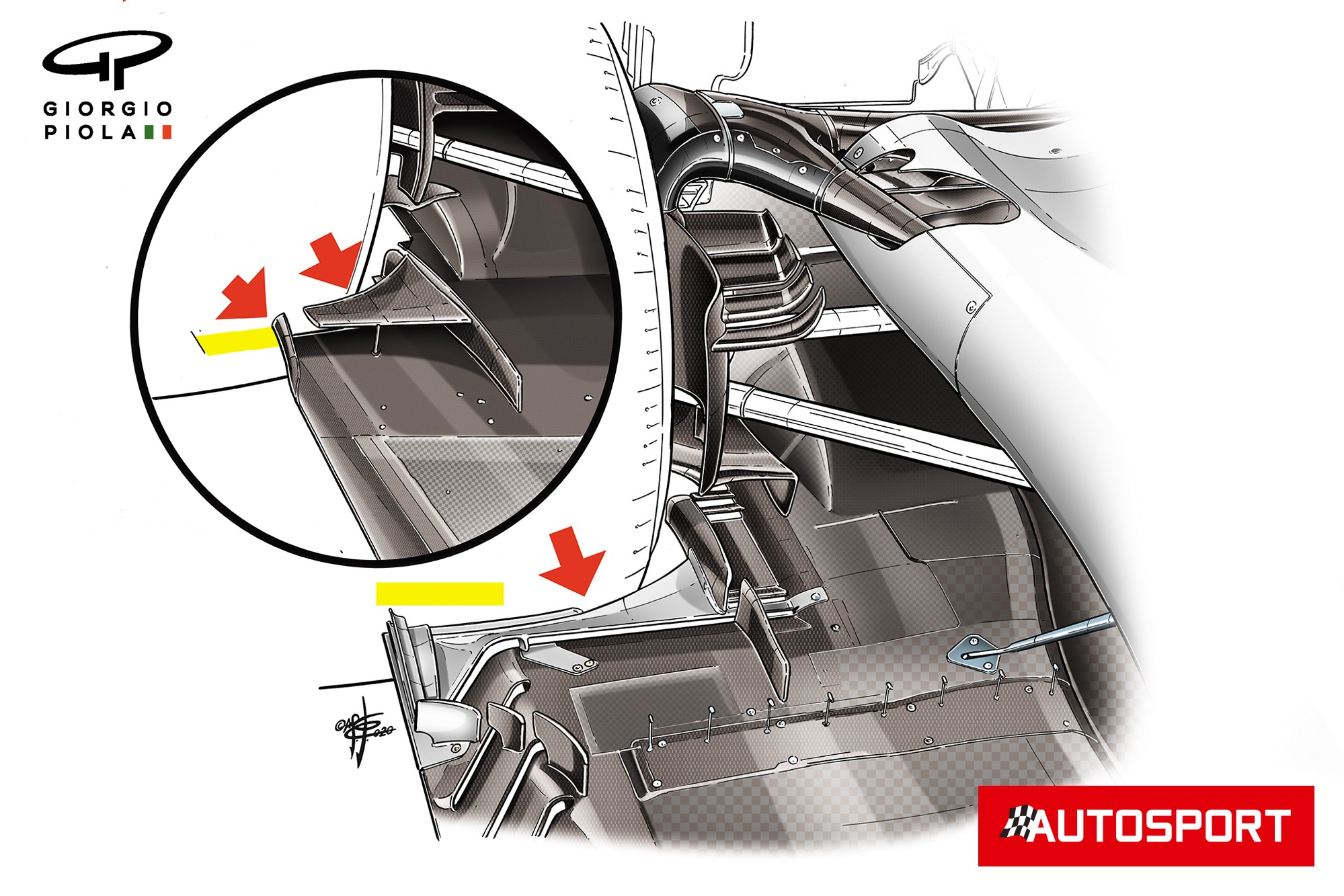 Mercedes, for example, unveiled its own floor arrangement having kept the design under wraps at its launch, featuring a complex array of fins and winglets to compensate for the missing slots.

Haas' additions seem to be an attempt to develop a vortex that can tuck in around the rear wheel and seal off the diffuser, ensuring that a reduced level of turbulence created by the wheel enters the diffuser space.

The team has also introduced a new T-wing, featuring a squarer shape; the team ran with two designs over 2020, with a single-element wing run at the medium-speed venues, with a rounder double-wing arrangement run at the likes of Abu Dhabi and Hungary.

By looping the two elements together, this limits the creation of any tip vortices - although teams have often added two fins to the outboard edges of the underside to place those vortices lower down.

There are few other changes to the Haas 2021 car, leaving the team firmly rooted in the design that scored its lowest tally since entering F1 in 2016 - scoring just three points all season.

Mick Schumacher was first to run with the VF-21 car in formal testing, as Nikita Mazepin took on shakedown duties on Thursday at Bahrain.