The Haas Formula 1 team is expected to confirm Nico Hulkenberg as Kevin Magnussen's team-mate for 2023, leaving Mick Schumacher without a seat.

As revealed by Autosport in September, Hulkenberg's name emerged as a possible Haas candidate after it became clear that the team was unlikely to retain Schumacher.

The other main candidate was Antonio Giovinazzi, the favoured choice of engine supplier Ferrari, who had previously helped to encourage the team to take Schumacher.

Team boss Gunther Steiner has always insisted that Ferrari has no contractual call on placing a driver in the team, although clearly there was some room for negotiation between the two parties.

Former Alfa Romeo driver Giovinazzi helped his case with a solid FP1 performance for Haas at Monza, but the Italian then torpedoed his chances by crashing at the start of the session when he had a second outing in Austin.

While not naming Hulkenberg, Steiner confirmed at Interlagos last weekend that a decision had been made and will be announced before the Abu Dhabi GP, ensuring that whoever got the job would be able to do the Pirelli tyre test on the Tuesday after the race.

Reports in Germany have also emerged this week linking Hulkenberg to a Haas F1 deal for 2023.

"Expect the announcement sometime next week," he said. "I'm not telling you a day because then everybody will be waiting for that day. It will be coming next week."

He added: "We are just sorting out details, how are we going to do, what we are going to do." 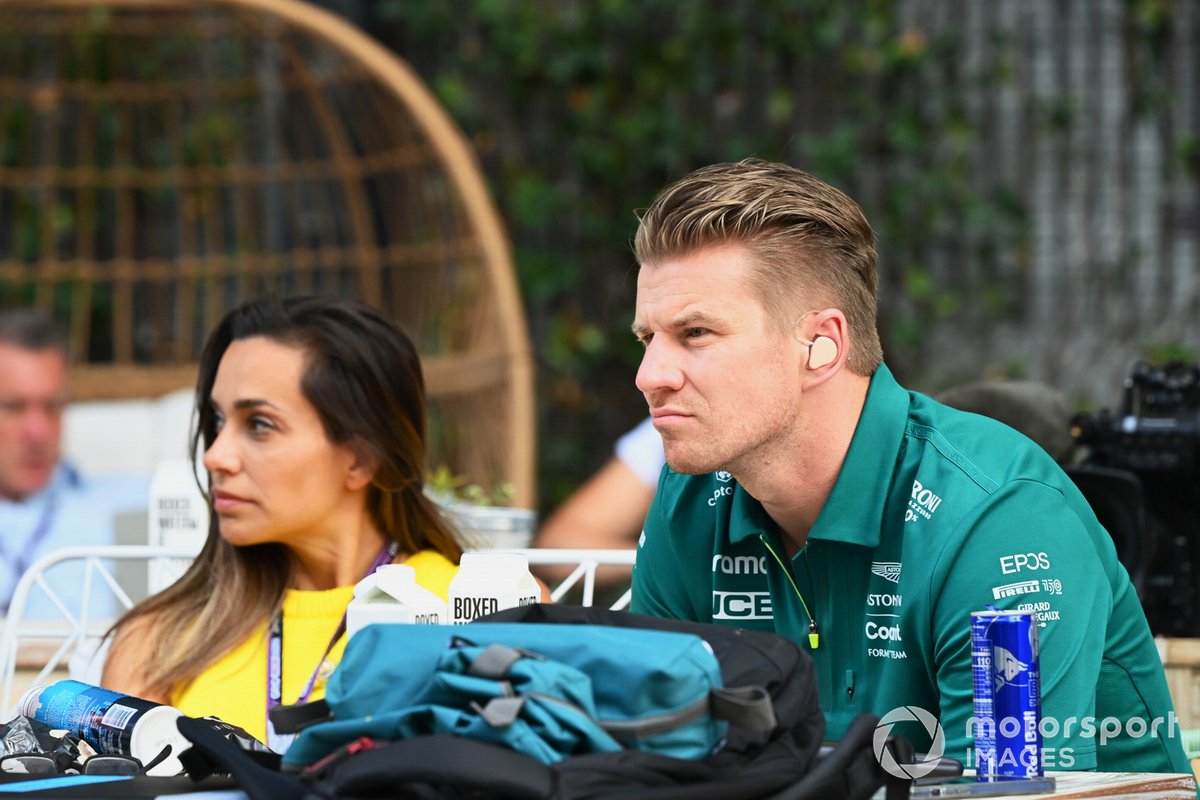 Hulkenberg's return would represent a remarkable comeback for the 35-year-old, whose last full season was with Renault back in 2019.

In 2020 he made three appearances with Racing Point as a reserve driver, although one was a non-start due to a technical issue. He also contested the first two races of this season with the renamed Aston Martin team after Sebastian Vettel was struck by COVID-19.

Asked earlier this year about his chances of returning to an F1 seat, Hulkenberg made it clear that he had accepted that it might not happen.

"I will stay as reserve driver for Aston, and I'm doing my stuff for ServusTV," he said. "And then beyond that, to be honest, I don't have the answer. I don't know myself. But that's okay. I'm in a totally good headspace. And I'm totally fine with that, it's not a pressing issue.

"I need to find something in racing that I really want to do. That hasn't come around yet. And it might do in the next months, I don't know.

"But I'm totally relaxed and open about it. I had many, many good years of racing. If there's more to come, great. But it's not like my life stops without it."

However he felt that his experience could still be useful to a team.

"There are not many people with the history and experience that I have and are still around so much, or that race elsewhere, so there are not so many alternatives.

"There are a lot of young guys in F2, a lot of talent around there. But obviously they don't have F1 experience yet."