Haas: Schumacher isolated from "unrest" stirred up by outsiders

Early season struggles and crashes for Schumacher prompted some to question his future in F1, and whether or not Haas should look to replace him.

But a step forward that the German showed at the Canadian Grand Prix before a mechanical problem put him out was followed by him scoring his maiden points at the British GP.

He followed that up with a career best sixth place finish in Austria, which also saw him earn F1’s Driver of the Day Award.

Steiner says Schumacher’s progress is proof of why the team always had faith that he could deliver results in F1 and why it was important for the squad to remain calm amid the early year frustrations.

“That was the aim, to bring that calm in,” Steiner told Autosport. “The nice thing is that the calm has come exactly where outsiders have tried to bring in unrest.

“I wouldn't say that's a satisfaction, but we worked towards the goal of Mick being successful and going fast. We have achieved that. I'm pleased about that.”

Steiner reckons Schumacher had to go through a reset in the early stages of 2022 as he left behind a troubled relationship with Nikita Mazepin to go up against the fast Kevin Magnussen.

“It was also difficult for Mick at the beginning, because he was quite superior last year,” added Steiner. “And then all of a sudden he's quite inferior. I do think that has an influence on how a driver drives, how he puts pressure on himself. He had to learn that.

"I always say, 'the further up you get, the thinner the air gets and the thicker the skin you need.' Take the duel with [Max] Verstappen at Silverstone. He lost it, but that was good for him because he was able to learn a lot in the process.

"The best way to do that is from the really good ones. When you fight against opponents like that, you learn quickly.

"At the back, I don't think he was able to learn that much last year about how Formula 1 works. A lot of the guys come from Formula 2 and they think they already know how Formula 1 works. But it takes time. You can't force it. It's like school: you can't learn the curriculum of four years in two days either.

"Now Mick has to learn to drive in a better car and continue to fight at the front and score points. Logically, the further up front you fight, the harder it is. That is normal. That's why I think it's good that we have reached this level now. Now we have to take one level after the other until it's normal to fight for points."

Schumacher is part of Ferrari’s young driver academy and his future in F1 will be largely dictated by what the Maranello squad plans for him. 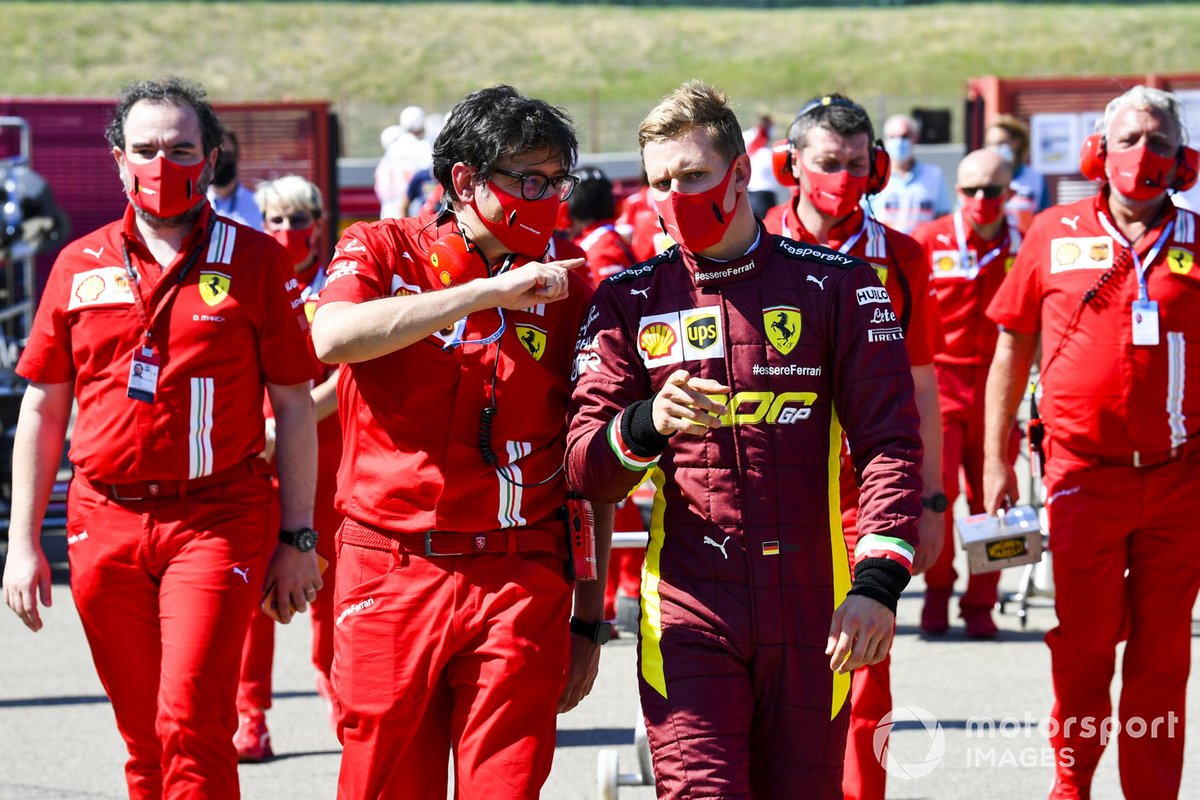 However, Steiner has suggested that his outfit’s final decision on whether or not it will keep him is not only down to Ferrari.

“I'm not going to talk about any Ferrari contracts with us,” he said. “And also not about contracts between Ferrari and Mick, because I don't know those in detail either.

When suggested that previous assumptions Ferrari were totally in control of Schumacher’s future were wrong, Steiner said: “Maybe [it's] not so clear, exactly.”

He added: “You can't conclude that Ferrari tells us what to do. We have a say in that.”