Haas will be able to operate at the level of the Formula 1 budget cap from 2023 thanks to its new title sponsor, according to Gunther Steiner.

Haas announced on Thursday ahead of the United States Grand Prix that it had struck a deal with American payment company MoneyGram, which will become its title sponsor as of next year.

The multi-year agreement comes as a significant boost to Haas, which terminated its agreement with former title sponsor Uralkali back in February following Russia’s invasion of Ukraine.

The team always maintained the loss of Uralkali would not impact the operation of the team, but that it remained keen to pick up a new partner in the future.

Haas has traditionally been one of the smallest F1 teams since joining the grid in 2016, running below the current budget cap of $140 million per season.

But team principal Steiner said after the announcement that the deal with MoneyGram would now offer the opportunity to reach the budget cap and spend on a par with the other teams.

“With this deal, we can go to the budget cap, and then everybody is on a similar platform,” said Steiner.

“Obviously the big teams, they can spend outside of the budget cap more.

“I always say with the budget cap, in the mid- to long-term, there shouldn’t be this problem any more that you cannot fight for podiums. And that is what we want to do.

“With this deal, I think we make that step that in a few years, we can fight for podiums. I’m not promising [that] for next year, because we just came back from two years that were very bad for us, and we recovered pretty well and we will continue to improve.” 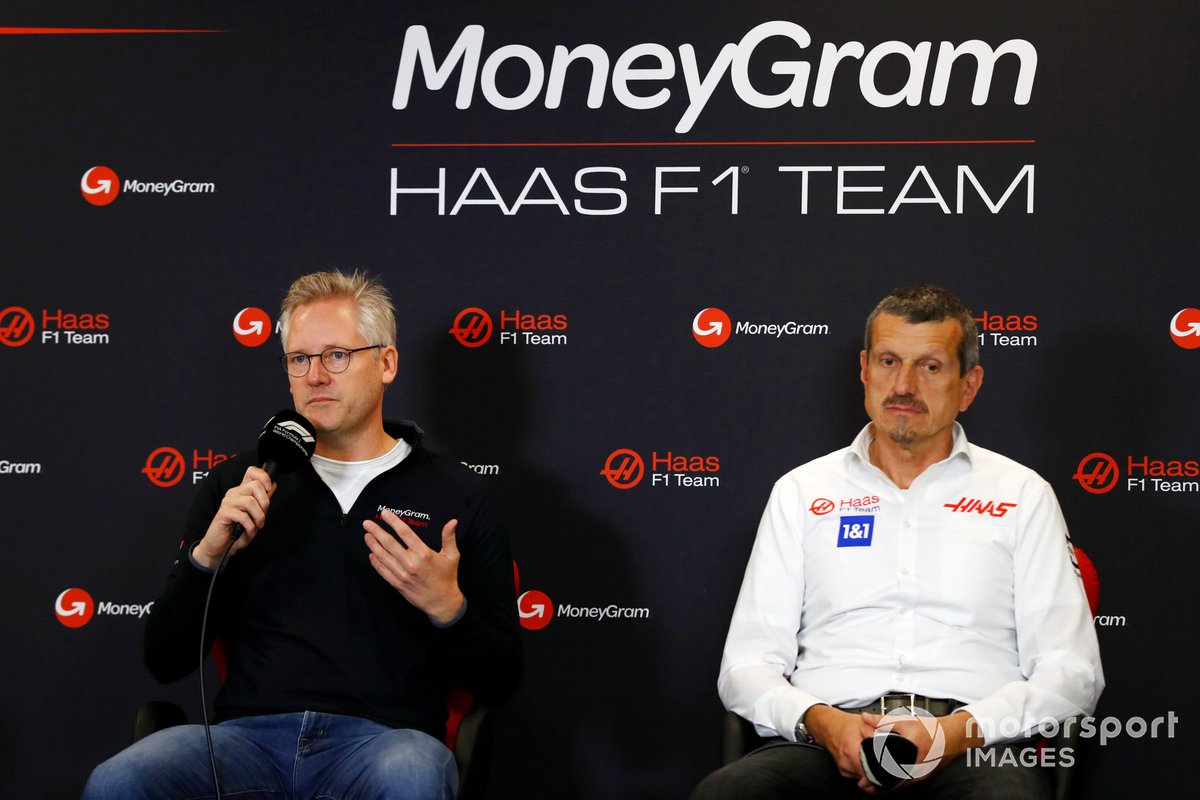 Haas failed to score any points through a difficult 2021 season that saw it focus all its development on the incoming regulations.

The team started the season strongly, finishing fifth in Bahrain courtesy of Kevin Magnussen, but has since slipped towards the rear of the midfield. It currently sits eighth in the championship, level on points with AlphaTauri in ninth.

Steiner stressed that it would “take time” for Haas to fully benefit from running at the cost cap but called the deal “the step to the next level for Haas F1, where we can really fight with other people at the same level.”

He added: “Now it’s down to us to do a good job. As you know, I’ve never been afraid to work hard or ask the team to work hard to achieve certain things.

“That’s what we continue to do as long as I’m here.”

Plus
Plus
Formula 1 47 min
Jonathan Noble