Haas Formula 1 chief Gunther Steiner says his drivers have “cleared the air” after Mick Schumacher was left fuming over a late move by Nikita Mazepin at the chequered flag in Baku.

Schumacher spent the majority of the Azerbaijan Grand Prix ahead of Mazepin, only for the Russian driver to jump his team-mate at the standing start that followed the red flag with two laps to go, moving into 13th place.

Schumacher was able to gain on Mazepin as they neared the finish line on the final lap, only for Mazepin to move late to the right just as his team-mate went to overtake.

Mazepin left enough space for Schumacher to take the position, but the German driver quickly vented his anger on team radio, saying: “What the fuck was that, honestly? Seriously, does he want to kill us?”

Speaking after the race, Schumacher said that he would “have to look again at what happened”, adding that it “wasn’t so nice in the car”.

Mazepin revealed that he ran out of battery as he came towards the finish line, causing his straight-line speed to drop and leaving him frustrated to lose the place.

“The main thing is I’m a little bit upset about losing my position to the team-mate on the main straight,” Mazepin said.

“I ran out of battery there, so I was a bit of a sitting passenger, but it is what it is.” 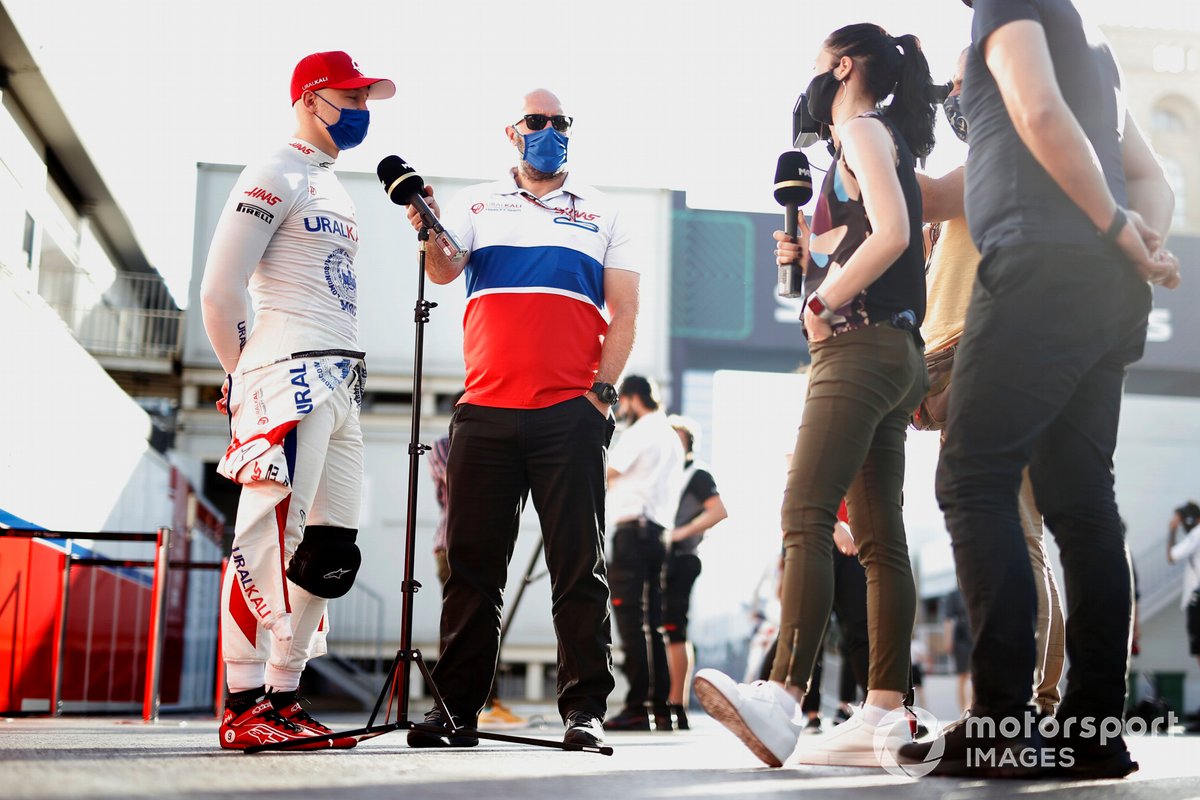 Addressing the incident in his post-race press release, Steiner said that the matter had been cleared up by the team.

“There was a situation on the straight, that was all resolved, and we’ve cleared the air,” Steiner said.

“There was some misunderstanding, but we’re fine and all moving on from it.”

Schumacher’s 13th-place finish helped lift Haas up to ninth place in the constructors’ championship ahead of Williams, who only had one car finish courtesy of Nicholas Latifi after a gearbox issue forced George Russell to retire.

Mazepin’s run to 14th also marked the best result yet of his F1 career, lifting him above Latifi in the drivers’ standings.

“A nice number for the team, but obviously some unexpected situations have happened with drivers that enabled us to get that position,” said Mazepin.