Haas: Keeping Schumacher behind Magnussen "the right thing to do"

Gunther Steiner says Haas did “completely the right thing” by keeping Mick Schumacher behind Kevin Magnussen in the Austria Formula 1 sprint, as swapping could have cost them more points.

Haas drivers Magnussen and Schumacher ran in seventh and eighth for the majority of Saturday’s 24-lap sprint race at the Red Bull Ring, defending from Mercedes’ Lewis Hamilton behind.

Schumacher asked Haas to swap its cars as he felt he had more pace than Magnussen, only for the team to tell him to hold position.

Schumacher was ultimately overtaken by Hamilton with three laps remaining, leaving the German wanting talks with Haas as he felt the fight “shouldn’t have happened” in the first place.

Speaking after the sprint race, Haas team principal Steiner said he planned to talk to Schumacher and show him the data that proved it was the right call keeping Magnussen ahead on-track.

“We know exactly where we were and to get points for the team, we had to do what we did, and it was the right thing to do,” Steiner said, adding he had told the drivers ahead of the race that the DRS effect would make whoever was running behind think they are faster.

“[Swapping] wouldn’t have worked, because he wasn’t faster. Obviously you are faster because you are in DRS, we spoke about this before the race.

“I explained to them, if you can come out after the start behind each other, the second one thinks he is faster because you are nine-tenths of a second faster because of the DRS effect.

“But that doesn’t make you faster, because as soon as you go in front, the other guy is nine-tenths faster! As soon as you let somebody by, Lewis is so close and will sneak by as well and then get us afterwards. 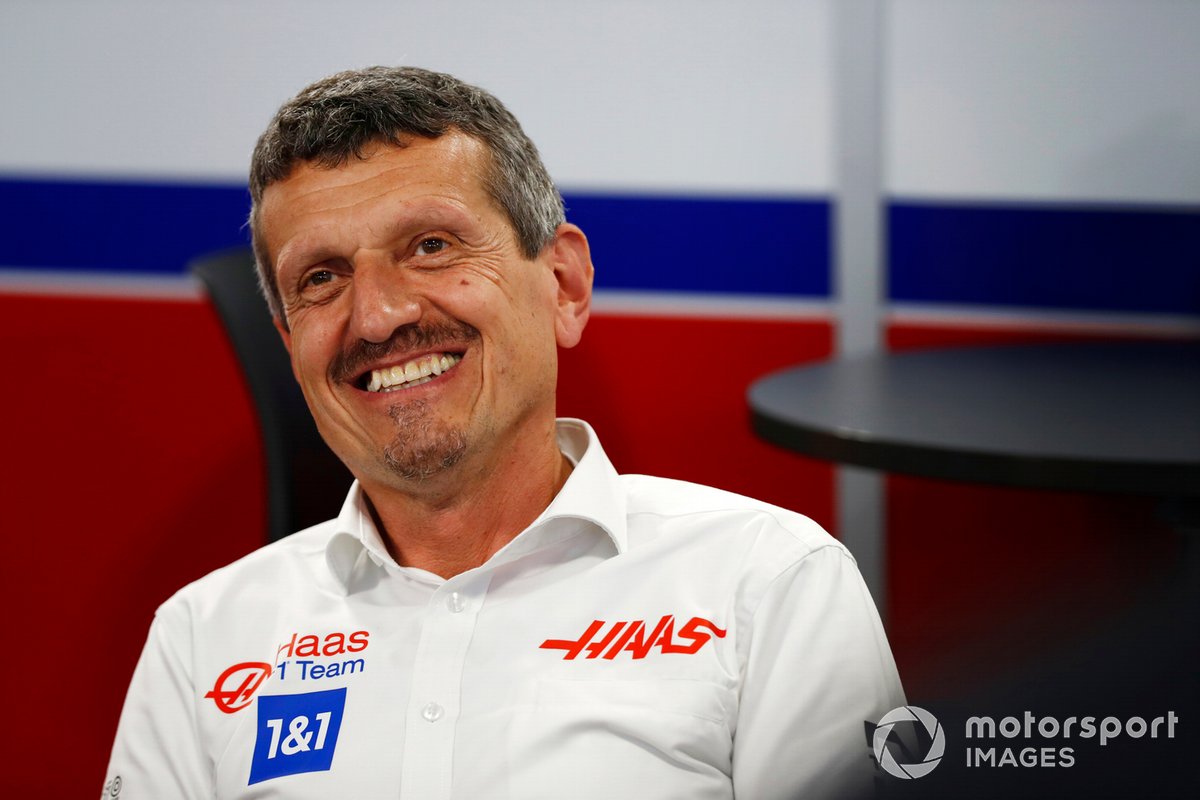 “We monitored everything and I think we did completely the right thing, because otherwise we would have gone out of the points with both cars, or maximum maybe achieved one point.”

Schumacher also asked for Haas to tell Magnussen to drop back so he could pick up DRS again and use it to defend from Hamilton, which the team ultimately agreed to do.

But Steiner said the team could not have done that too early, “because then you take the risk that if Lewis gets past Mick, then obviously he would find himself in the DRS zone, he could get past Magnussen as well”.

“Then the last three laps when we realised that, even if Lewis gets past Mick, he cannot catch Magnussen anymore, we told Kevin to slow down to get Mick into the zone, and we didn’t do it anymore,” Steiner explained.

“Sometimes you need to be very careful on the defensive and say, hey, what do we want to bring home: two points for sure, or maybe trying for three and risk being left with nothing?”

The two points Magnussen scored for finishing seventh helped give Haas some more breathing room ahead of Aston Martin in the constructors’ championship, as well as drawing the team to within five points for AlphaTauri.