Haas and Force India have both been summoned to report to the stewards on Friday morning ahead of first practice at Yas Marina.

It is understood that the issue pertains to the new Force India entry running a design, the VJM11, built by the original team.

F1 regulations state all entries must own the intellectual property rights to their design.

Force India fell into administration over the summer and was accepted by the FIA as a new entry, and Racing Point Force India has therefore continued to use the VJM11.

Haas and Force India are not rivals for position in the constructors' championship as Haas is fifth on 90 points and Force India seventh, on 48, after losing its results from the first half of the season.

But the two teams have been in dispute all season, starting with Force India hitting out at the season opener in Australia over Haas's links to Ferrari.

Haas has since struck back over Force India's eligibility for prize money as the team is now owned by a new company, and was accepted by the FIA as a new entry. 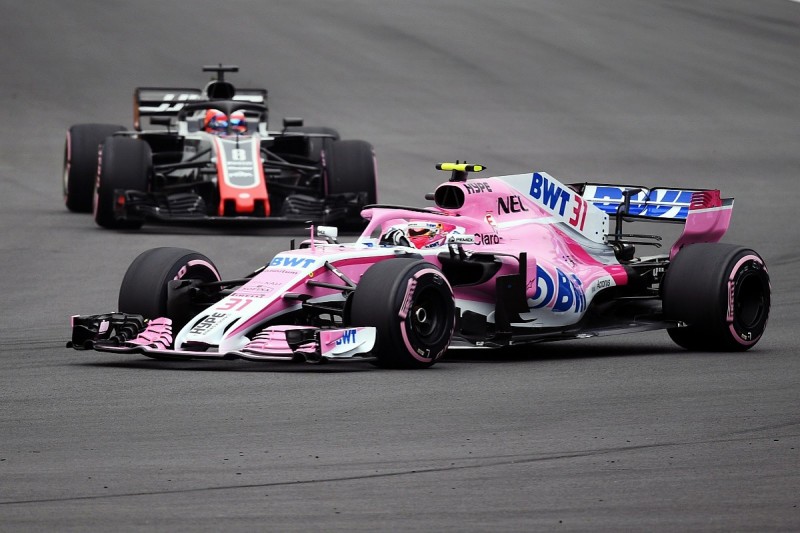 Haas believes that as Force India is officially a new team it should not be allowed to immediately qualify for 'Column 1' payments from F1.

Force India finished fourth the last two seasons but Racing Point Force India only joined F1 in mid-2018, so would need to wait until after 2019 if that rule was applied, but the team believes its situation was unique and it should be exempt from said requirement.

There have been strong hints from Force India team principal Otmar Szafnauer at recent races that this dispute would be settled in his team's favour.

But Steiner replied "no, unfortunately" when asked if the Force India dispute had progressed in those talks.

"We are not making progress at the moment," he added. "That is how we leave it."