The Haas Formula 1 team is no longer "scrambling" to tackle problems, reckons its founder Gene Haas

The squad notched up points finishes in three of its first four grands prix, but Haas believes at that stage it was still very rough around the edges in its F1 operations.

"From what I see, where we were in Melbourne with the team, we were scrambling every time we had a problem and I don't see that anymore at all," he told Autosport.

"The team arrives here, they set everything up, the number of problems we have with the car has dropped dramatically.

"We don't really scramble much anymore.

"Now we're here actually racing, putting the cars together and concentrating more on what our strategy is during the race." 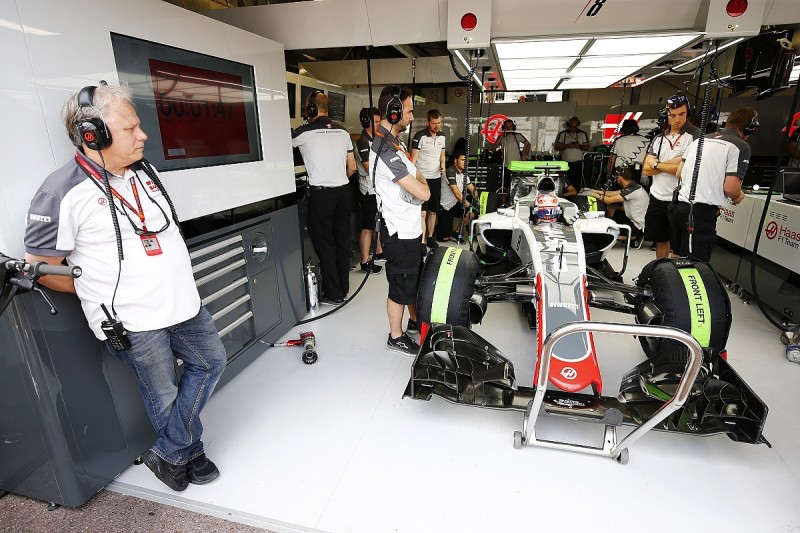 Though the team is now running better, its results have faded.

Romain Grosjean's seventh place in Austria at the start of July is the only time Haas has scored in the last eight rounds and it has fallen from its early high of fifth in the constructors' championship to eighth.

Haas suspects his team benefited from others missing chances early on, rather than its own form having declined.

"I think we were very lucky in the first few races in terms of the points we scored," he said.

"Now it seems that even though we're better organised it's harder to score points."

The team also took a relatively early decision to move most of its focus onto its 2017 design.

"We did add a few little appendages on the front wings and we've changed the rear canards a little bit here and there, but I think we're pretty much done with the '16 car," Haas said.

"We're trying to get onto the '17 car because of all the changes we need to do.

"I think we'll be better next year than we were this year. We'll keep building on what we have."