Grosjean encountered the problem on the way to the grid, where he was set to line-up 20th, and there was not enough time to find a fix.

It completed a miserable weekend for Grosjean, who on Saturday said his two crashes and the unpredictable handling of his car had destroyed his confidence.

"On the outlap, the brakes worked perfect at the first braking point and then all of a sudden we had no brakes, nothing," said team boss Gunther Steiner.

"It must be some electric or electronic problem with the brake-by-wire device.

"Either something broke or a cable came off.

"The guys thought it was a software glitch so we tried to reset everything but we couldn't get to it so we had to stop it.

"We still don't know because it's inside the gearbox but we plan to strip the car down."

Grosjean, who hasn't scored a point since the Austrian GP at the start of July, refused to blame his team for the problem but tried to remain positive. 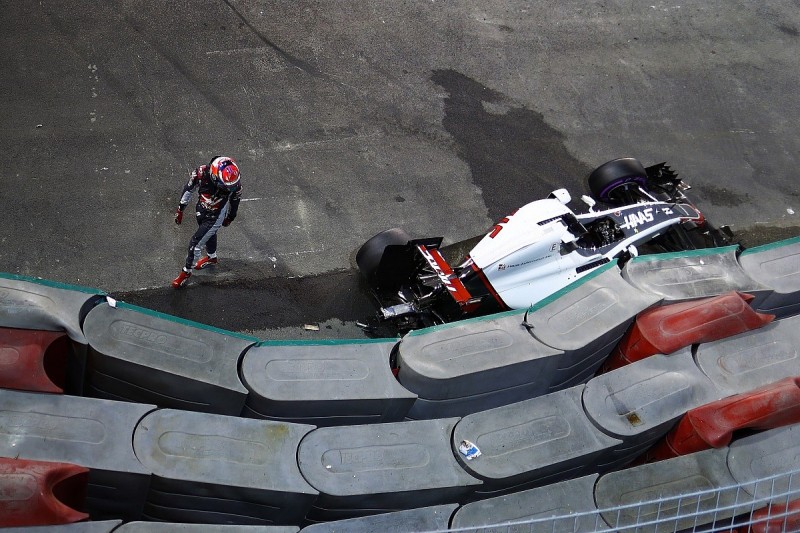 "I thought it couldn't really get any worse after Saturday, but it did," he said.

"It's no one's fault, the boys have been working as hard as they have which is why I'm as gutted as I am.

"The guys tried to reset the programming but it didn't work so we tried to find the issue mechanically.

"That's why we had to then start from the pitlane, but we couldn't find the problem, so the brake pedal was just going to the floor.

"It's been a hard weekend on everyone but next race it can only get better."